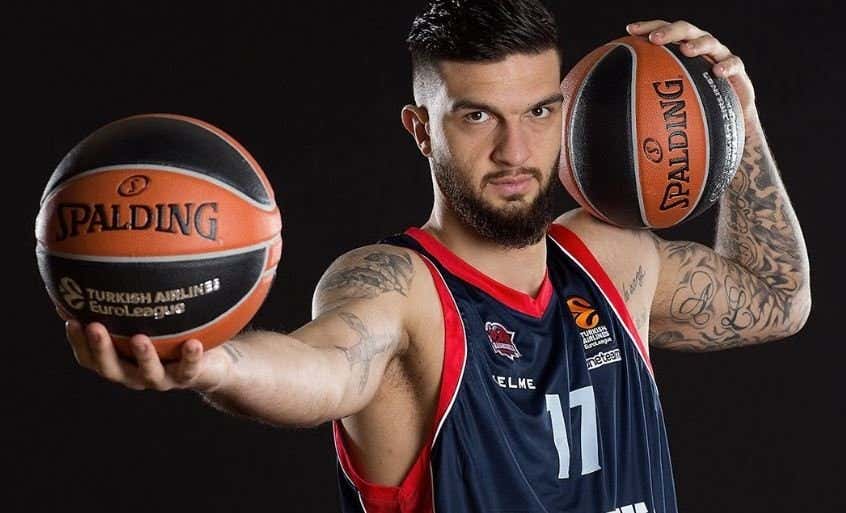 Danny you dog! Oh you thought center was a problem for the Celtics? Boom problem solved. Now I won’t talk like I have any idea who this dude is, but that’s what YouTube is for.

Well bonjour Vincent! I feel like YouTube never lies, it was right about Theis, so I’ve now seen enough to determine I like this move. Here are the specifics

Tatted the fuck up: Yes

Let me see. Does this team need bigs? Yup. Does a 7 footer who can rebound that is also cheap fit the bill? You bet. Ainge has had some success with this strategy (Daniel Theis) in the past, as well as some misses (Vitor Faverani) but here’s a little fun fact for you. Poirier backed up Rudy Gobert on the France National Team, I’d say you have to be pretty good to make a National Team so I’m seeing nothing but positives here. I mean these Per 36s are certainly something I do not hate

He’s by no means the savior or any of that bullshit, but from everything the internet is telling me he’s a solid big who could really help fill a need. Just because you may not have heard of him doesn’t mean he can’t be good either. This is about as low risk as it gets and maybe Ainge found himself a serviceable reserve big. Sounds like a no brainer to me. If people who know things tell me this guy has great mobility who can block shots and is going to be a pest on the offensive glass then I’m all for it. The Celts have basically punted on that these last few years and now with this dude and Kanter it’s probably the best rebounding frontcourt they’ve had in a long time if they live up to their potential.

Perhaps there are some out there that are disappointed the Celts went in this direction rather than vet minimum on someone like Boogie. Hell I would have been down for that given the price, but so be it. If this is who the front office thinks is a better fit they sure as shit know more about him than us and we’re talking the 3rd/4th big so it’s whatever. Take the risk. Maybe they are still in on more bigs and there are more moves to come for all we know. We did just hear the team say they aren’t done exploring S&Ts.

Plus we’re also going to get the French connection between this dude and Yabu, and I feel like that’s important. I don’t know how that’s going to impact things but I know you cannot rule it out.

So, please join me join me in saying