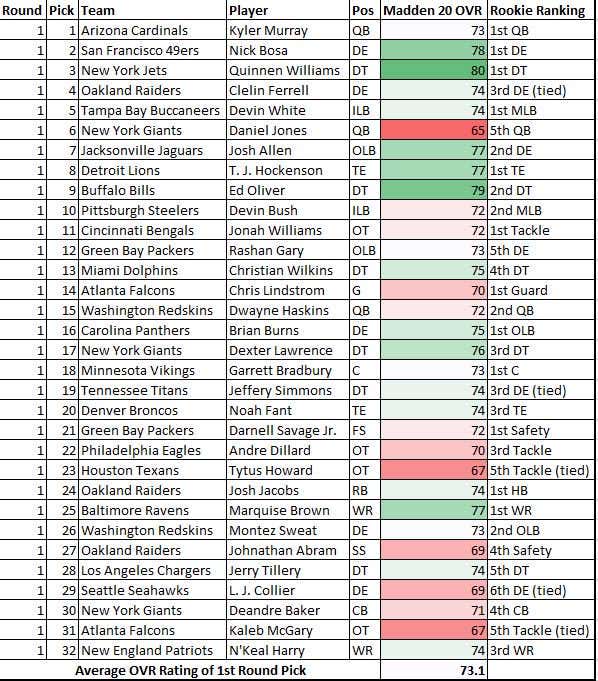 Look, I know that the Daniel Jones pick was a shocker and was one of the rare moments the internet could unite by making yet another one of my sports teams the punchline of the month. I also know that complaining about Madden ratings is about as time honored a tradition as there is in the NATIONAL FOOTBALL LEAGUE.

But come onnnnnn, EA. How can you be In The Game yet still give Daniel Jones a worse overall rating than Tyree Jackson, a guy that didn’t even get DRAFTED?!? Even the angry Giants fan that melted down and started crying because their team didn’t follow the order of some random writers’ mock drafts as well as everyone at open mic night on Twitter who felt like clowning Dave Gettleman for an offseason that has turned the entire Giants franchise upside down realize that 63 is a preposterous rating for a guy that was projected to be a 1st-2nd round pick with the wheels, accuracy, and same teacher as the Manning brothers did (ever hear of them?) to become a potential legitimate NFL QB1.

You cannot watch these highlights and think “That’s a 63″.

Not to mention that Daniel Jones made that highlight reel despite having 52 teammates that will be in the 99% of student-athletes that do not go pro in their sport that the NCAA always likes to talk about to distract us from realizing they are a billion dollar company that pays their best earners in books and dorm rooms.

No 63 overall QB is carrying those mopes to wins in prestigious bowls like the Independence Bowl and Quick Lane Bowl. You know who is a 63 overall QB? Weird Haircut Seth.

Daniel Jones may be many things, but he is not an idiot, a fucking idiot, or a noodle-armed idiot. He is a leader of men that went from a 0-star recruit to QB1 on an ACC football team that also didn’t blink when the people at Madden sandbagged him by filming his reaction to finding out he was a 63 overall.

That’s the kind of calm, cool, and collectiveness I want to see out of my QB (as well as speed rating). All these haters are doing is making me love Mothafucka Jones even more than I did before the ratings came out. I’ve said it before and I’ll say it again. The #Danwagon is chugging straight ahead and about to run over anybody on the tracks. And before you roll your eyes at me, just remember I said the same thing about Bran Stark and the #Branwagon years before he won the Game of Thrones.

At the very least, Madden should have given Jones the same rating as Eli since he is almost definitely Eli’s clone.

*Thinks about it for a second*

We need to end this blog on a positive note. I guess Jones being in the same company as the greatest quarterback ever isn’t such a bad thing. 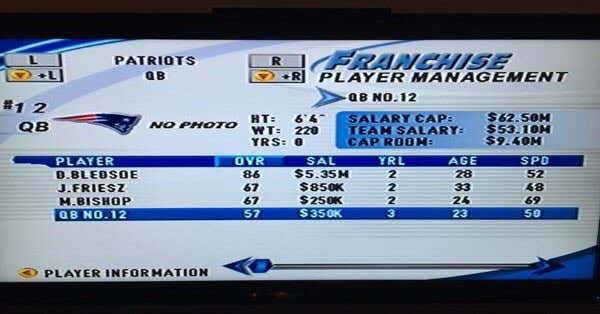