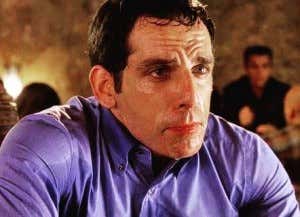 Warning: You will not finish this on the toilet.

This one goes back to the summer of ’16 during a weekend where I had the house to myself. My parents were in Chicago’s Bahamas, the Wisconsin Dells, with the rest of my family while I stayed back for the real vacation. I’m not trying to have a house party because I’m 24 at this time, so little too old to be inviting people over to have sex in my parent’s bed, but I’m still having the mid-20’s Project X—pissing with the door open and porn with no headphones. Also joining me in representing House Conrad for the weekend is my dog, Riley. Need to do a brief Riley orientation here before we get into it so everyone can be on same page throughout this.

Riley is and will always be a great dog, but there’s definitely room for improvement. For starters he’s a shitzu, so he barks pretty much all day. Almost to the point where we think something might be wrong with him. And if you’ve ever heard a little man poodle bark, you’d almost prefer nails on a chalkboard after the 1st minute of it. Maybe my favorite part of getting to live with this is that there’s no change in tone with these barks. Doesn’t matter if they’re directed towards a kid whistling down the sidewalk or a helicopter landing in the backyard, you’re putting away the wine glasses every time. Not even exaggerating to be funny, there have actually been some instances where I couldn’t hear anything at all for a couple seconds after a good bark-off. Like it’s so loud that it’s quiet. When him and my mom are goin’ at it during a vacuum sesh all I can hear is a faint ringing and my heartbeat the whole time. Okay dude we got it your dog barks loud.

Second thing real quick, my dog spaces his poo out into 3 separate poos during our walks. You know how dogs will pee on a bunch of different trees to mark territory? Well my dog shits instead. Kind of a power move. At least I think that’s why he does it. Again, this dog may not all be there but he’s happy and healthy.

So I wake up the Saturday morning of my weekend alone to Riley relentlessly barking out the window. Could be at a squirrel, could be at a group of men wearing nun masks in my living room, again there’s no tellin’. Turns out the cause of all the barking is a couple city workers getting that Saturday money in front of my house. Riley’s been barking his lungs out for roughly 10 minutes straight and the workers could be there another couple hours, so I take him on a walk to calm down.

I walk him about 2 blocks and he already gets his 1st and 2nd shits out of the way. We walk another 2 blocks and are about to pass a couple teenagers doing laps around the neighborhood on their bikes. Teenagers so bored in the middle of July that they’re capable of anything. One of them shouts “what kind of dog is that?” to me. I tell him he’s a shitzu and he says, “Oh okay, so you like SHIT then?” and his buddies laugh. The hard streets of Chicago. I keep walking and start to feel my stomach and asshole getting VERY irritable with one another. The Jaws music starts playing in my head as I’m waiting to get warm ass. Suddenly the warning gurgle sounds off.

If you missed the 1st Irritable Syndrome Diaries, having IBS and feeling the warning gurgle is basically like your water breaking in public; it’s only a matter of time before that thing comes out of you, so you have to scurry towards an appropriate setting to let it out, but also can’t rush there or it’s gonna be an early birth.

We now have roughly 8 minutes until I shit myself and we better make the most of them because I’m wearing shorts. As always we go into the toilet quest visualizing what would happen if we were to shit ourselves right here right now, that way we’re prepared for it if it does happen. Noah built the Ark before the storm.

Potential witnesses: We’re in a residential area so it’s possible dozens are watching at home. We’re also near a public grammar school so getting arrested could be in play.

Nearest restroom: My house. Already takes a solid 8 minutes to walk to from our coordinates and Riley tagging along during the grace period isn’t helping any, but we’re gonna at least try not to shit outside. 4th & 10 and we’re going for it.

8 minutes in the grace period with 8 minutes to make it home. Right away Riley stops me so he could sniff some grass. TIGHT SCHEDULE BUD. All a sudden he squats down. N-n-n-n-no. The third shit of the trilogy. I forgot he even had one left in the chamber. I tug him, he barks, I bark. LET’S GO RYGUY, PLACES TO BE. But he still gets the poo off. It was like having to pee and seeing a waterfall. Never gonna make it home now. Whatever, not my 1st rodeo. Time to explore our options.

So when you’re only 2 minutes into the grace period and it’s already a fact that you’re about to poo outdoors, you kind of get to play House Hunters while looking for an impromptu toilet. That bush is too out in the open, that bush is too small, there’s still 6 minutes remaining anyways. I see an alley that looks about as chill as an outdoor spot to take a dump at 11 in the morning can get. I’m pacing down it and find a nice wooded area next to someone’s garage. I’ve never shit outside with my dog beside me before so I’m not sure if it’s gonna prompt him to go on one of his rampages or not. Won’t know until we try though. I just wanna remind everyone real quick that I take no joy in all of this and the alternative to shitting in an alley at 11AM is to walk with diarrhea down my legs past the homes of families who respect me and know my parents. Anyways, I undo my belt, have my shorts at half-mast, and INSTANTLY hear the sound of a gate latch.

The sound came from someone throwing out their garbage a couple houses down. I’m halfway hidden behind a tree right now using my one arm to hold my cargos up and the other to hold Riley’s leash. I tug Riley so that he’ll be hiding with me and he gets a growl going. “Shhh shh, it’s okay bud, shhh-shh-shut the fuck up, shh—.” I wrap my hand around his snout to keep him from blowing our cover. We’re like robbers in a movie hiding in a closet after the homeowners got back. The guy went back inside, but then I hear somebody else in a yard. Way too much activity going on, second mission aborted. 3 grace period minutes left.

Horrible play call by me going Goldie Locks off the bat looking for a good enough spot. If I had just—CANNOT BE WASTING TIME REGRETTING WASTING TIME HERE DANNY BOY. All right, all right, think. We are VERY much in the danger zone now and Riley’s not helping a thing by sniffing every blade of grass in sight. If I pull his leash any harder he’s gonna end up on Sarah McLachlan’s lap, so I pick him up and start scavenging for a safe enough spot to shit at with a dog in your arms.

1 minute remaining in the grace period. I see the closest alley and run towards it. I know 3 people whose alley this is so might be burning some bridges today. I get to the alley and see 2 games of Bags going on, naturally. U-turn. Suddenly I feel something prematurely coming to the surface. It’s too late. I’m not in control anymore. The 1st firecracker fart is coming. Brace for impact.

My legs slightly cave. We have a report of shots fired. I do a quick pat on the ass to see if anything sticks. By the grace of God himself it was just a fart. There’s more where that came from though. The next wave of Earthquake is coming and we have to be ready. EVERYONE GOOD? TALK IF YOU HEAR— static takes over as another fart sneaks past security. I feel warmth in my boxers but don’t know if it’s fart warmth or poo warmth. I slowly start to feel a drip down the back of my thigh. Olympus has fallen.

We have managed to shit ourselves in broad day light but we can’t focus on the past. All we need to do is make sure no one finds out and we’re fine. If you shit yourself and no one notices then you didn’t shit yourself. But I’m wearing light beige cargos. For IBS patients that’s basically a white tux at a funeral. So I put Riley back down and pick up some dirt to rub on the back of my shorts. Camo. 2 blocks til home, now we go. All a sudden I hear a screeching-brake noise behind me. It’s one of the teenagers from earlier on his bike about 20 ft to my 6. He flew around the corner on his Haro out of nowhere. I do a full 180 and look at him. He starts smiling. “Turn around for a sec!” he says. His 3 other crew members no where in sight thank God. “Turn around!” I’m not turning around for you fuckin Dennis the Menace. He starts riding towards me, trying to confirm the evidence. Then, Riley steps in front of me and starts barking.

The kid stops in his tracks, but Riley’s still going STRONG. This is the only time I think I’ve ever seen him not just barking to bark, he’s doing it because he sees someone looking like they’re threatening me. What I was saying before about him having the same volume of bark no matter the occasion was wrong. Whole new bark we have here. It’s so piercing and so perpetual that both me and this punk are legit about to start working together to stop it. “Okay Riley enough…RILEY…ENOUGH.” No dice. The kids goes, “Yo I was just messing around…” “Okay just ride away so he stops.” He rides away, I start walking backwards with Riley still barking in my arms.

He may or may not have noticed that I may or may not have shit myself, but there’s no proof so technically it never happened. At the end of the day that’s all that really matters. Mission successful. We proceed on our walk for the final block, constantly aware of our surroundings. We make it to my block and moonwalk up the stairs in front of the city workers. I shower immediately then break bread with Riley. Felt like Will Smith and his dog in I Am Legend. After that I hang my shorts in the rafters. Retired a good pair today.

Until next time IBS.