Having never watched boxing much before, I was surprised to find myself genuinely loving these fights… It’s a mix of crazy reality show, small-town travel profile, fighting action, & co-worker/crowd shit-show study. I’ve been hooked since the first where Hank fought Tex, months before I was full time, and haven’t missed since.

In fact, I even sent Dave a cringey, very buzzed email immediately following RnR 8 (highly recommend trying out my RnR drinking game with friends) asking to be more involved with the next one.

He did not respond (can only imagine why), but luckily I still got my wish…

RnR 9 is happening right outside of Fort Bragg, NC, one of our nation’s largest & most populous military bases, so Chaps, Captain Cons & I over at ZeroBlog30 get to help run this wonderful circus. 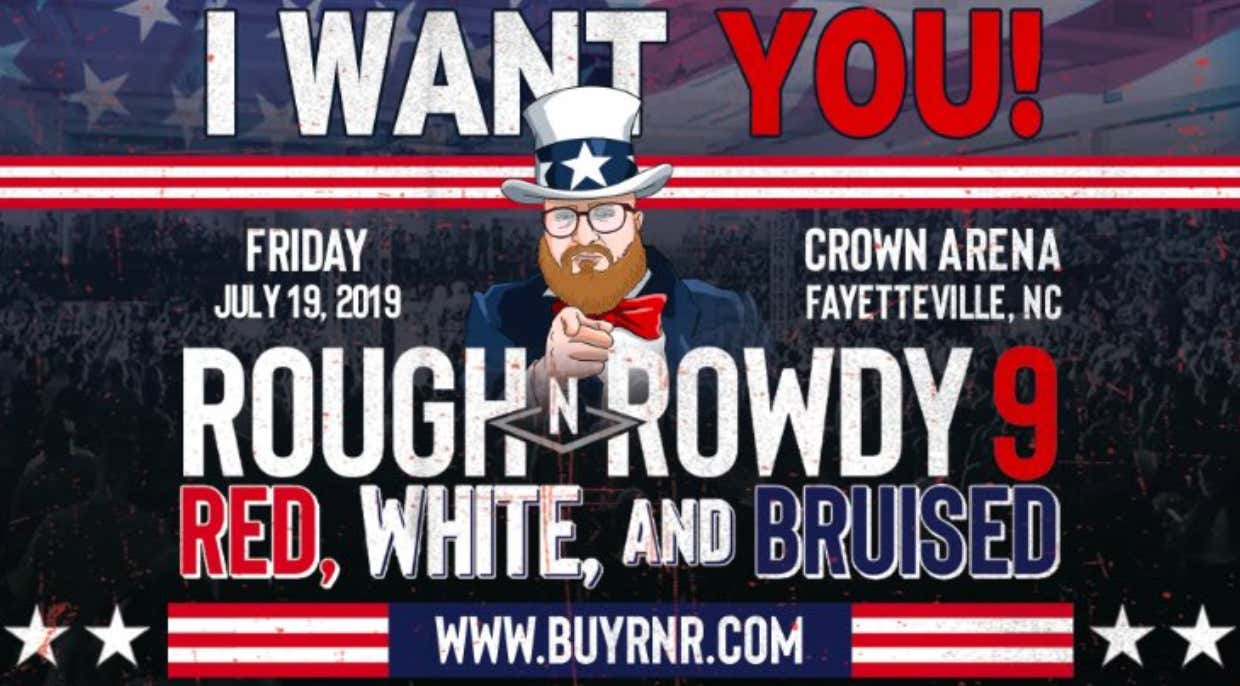 Last week I had the privilege of staying in Fort Bragg’s infamous Fayetteville where the fight will take place, and it lived up to every military town stereotype and more…

Flying into any area near a fort or base is like doing a swan-dive into an olympic-sized pool filled to the brim with sausages. You’ve got tens of thousands of young men & women on their own with guaranteed paychecks for the first time in their lives, and that is not lost on the grifters & businesses who set up shop there. Strip clubs, predatory lending spots, massage & tattoo parlors, shiesty bars, & car dealerships that spell it “KARZ!!!!” abound the minute you drive past the gates off of most bases.

This had led to leadership at each base/fort making sure a list of ‘off limits’ spots go out, and if you’re in the military you can actually get charged under our own unique set of laws (UCMJ – Uniform Code Of Military Justice) if you go there. Here’s that list in & around Fayetteville: 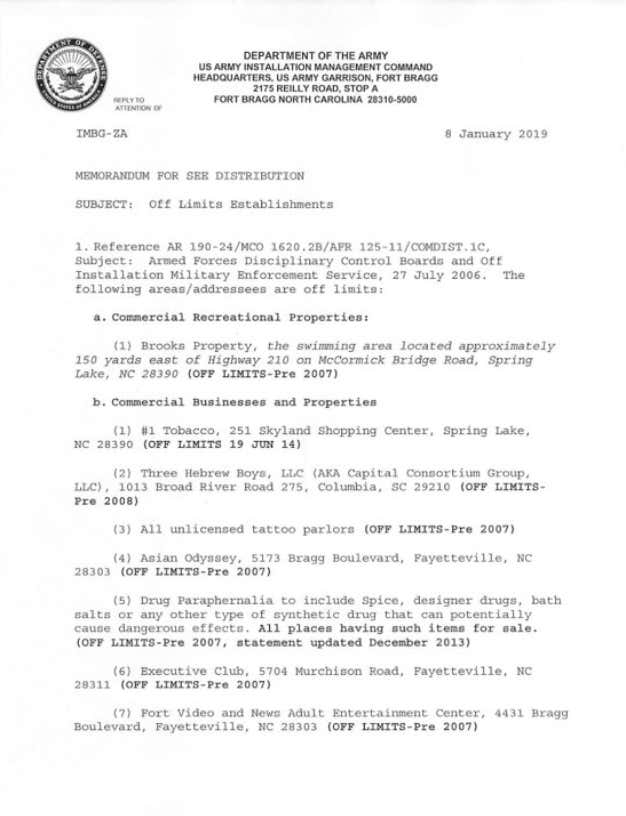 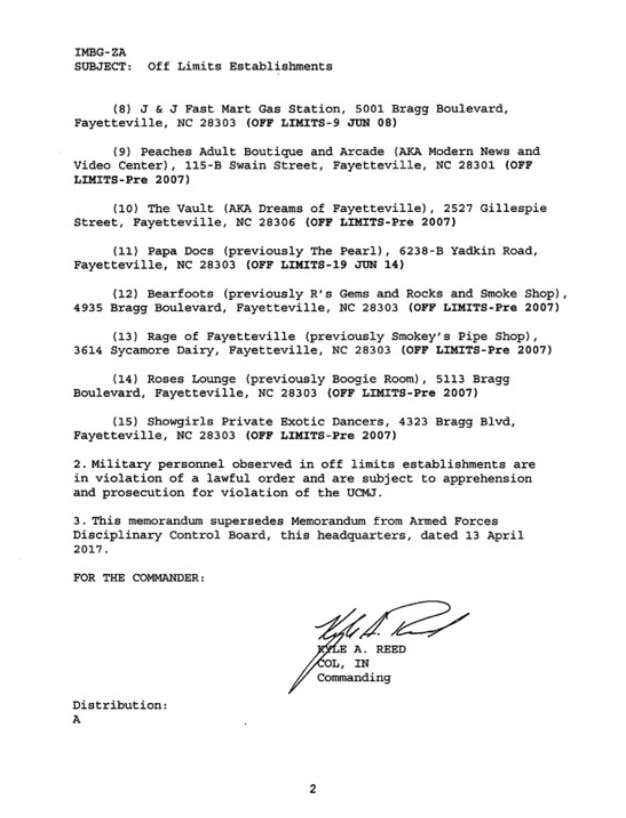 I’m not sure if that’s the most updated version, but this one includes a swimming hole, tobacco shops, gas stations, “Three Hebrew Guys LLC” (would love to hear the story behind this one), adult boutiques, and clubs of both the dance & strip varieties, and they are all banned for specific incidents which I’m sure are fantastic. Thankfully there’s still plenty of other places for the troops to let loose, and thanks to the kind folks of Twitter I was able to check some out..

You might notice a common theme in the responses:

So late that Wednesday night (after eating Taco Bell alone in a minivan outside a discount bake shop) I moseyed on over to Paddy’s, which sits in the back of a strip of worn down shops. It’s got a classic hole-in-the-wall look, but when you go inside it’s clearly the brainchild of a perfectionist/patriotic madman who knows how to operate a bar. That madman is Paddy Gibney, who came here from Ireland at age 18 to play soccer for the nearby Methodist U. & has been in the area ever since. Though not enlisted himself, he was in a band with a soldier & they opened the bar together in 2007.

The night before this, Chaps & I had the privilege of going to dinner with a Medal of Honor recipient we ran into in our hotel lobby. At Mac’s Speed Shop, this hero proceeded to request the 5lb meat plate whilst also ripping Chaps apart for getting the world’s tiniest pulled pork sandwich. A delight to witness (and the BBQ was legit delicious). A few other places I went to were excited about Rough N’ Rowdy & several of the spots had employees either fighting or ring-girling in this upcoming one.

If you can see past the canyons of chain restaurants & shady car dealerships, there’s great nooks & crannies to be found. During our time there, everyone was friendly, it was great chatting up all sorts of military folks, & fun getting to know some of the gents participating in this brawl. Having been stuck in some military towns myself during time in the Marines, I never thought I’d find myself saying this – but I can’t wait to get back down there in a couple of weeks.

Fayetteville, see you on July 18th & 19th. If you’re in the area & want to attend click HERE for tickets. ZBT will also be doing live radio with others from the Barstool crew somewhere local on the 18th. Stay tuned!