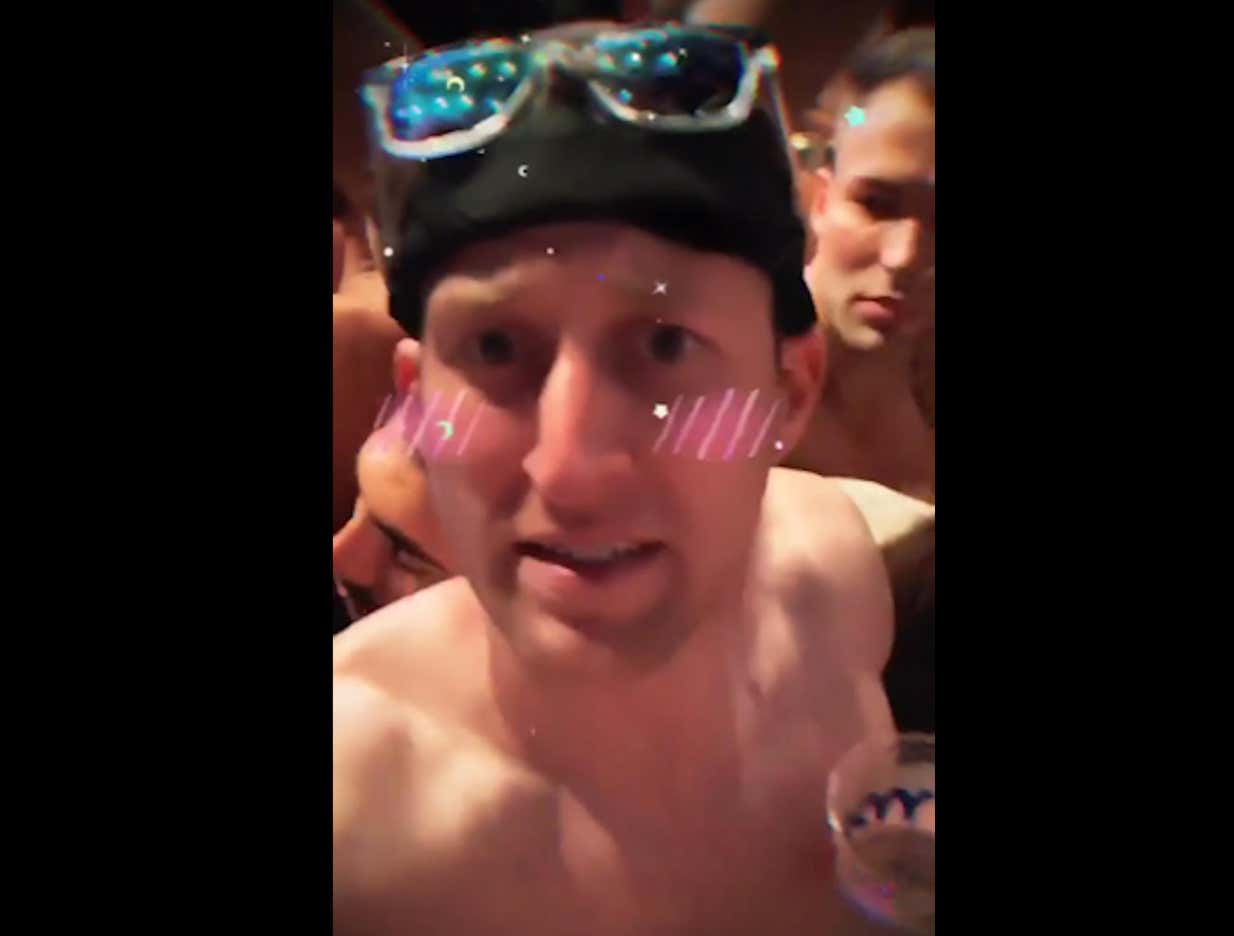 To be honest I don’t even know where to start with this blog. So much has gone on over the past week I figure I need to take it all the way back to 1969 to give you some perspective. This year marks fifty years since the Stonewall Riots. For those of you who don’t know what those are, here’s a description I pulled from the web:

The Stonewall riots (also referred to as the Stonewall uprising or the Stonewall rebellion) were a series of spontaneous, violent demonstrations by members of the gay (LGBT) community  against a police raid that began in the early morning hours of June 28, 1969, at the Stonewall Inn in the Greenwich Village neighborhood of Manhattan, New York City. They are widely considered to constitute the most important event leading to the gay liberation movement and the modern fight for LGBT rights in the United States.

It was essentially a fuck you to the police for their continued harassment of LGBT people and the first time law enforcement faced any sort of sustained large-scale push back. Without the actions taken by the patrons of Stonewall that night, the world would be a much different place today. It sounds dramatic, but it’s true. That’s why this year’s Parade was such a big deal- because it commemorated those who were brave enough to stick up for themselves and ultimately launch the modern day Gay Rights Movement.

Today, Stonewall has become a sort of mecca for LGBT people from all over the world. This past week you couldn’t even get within a block of it without bumping into one of the 4.5 MILLION visitors who came to New York City to celebrate World Pride. Think about that, 4.5 MILLION people came into the city to celebrate Pride. I was walking down 9th Ave at 4:15 AM on Saturday morning and it looked like noon on a Tuesday. I’ve never seen more gay people in my life- they were every where. There was stuff going on all week, which was great because I really tried to push myself this year to get out there. I think I did a decent job.

Monday I was invited to the Variety ‘Power of Pride’ party. (Nbd, but kind of a bd.)

Tuesday I was at an award show that I’m afraid to bring attention to because I wasn’t dressed appropriately followed by an event in Hells Kitchen. Wednesday was the Colgate ‘Smile With Pride’ concert featuring Charlie XCX. 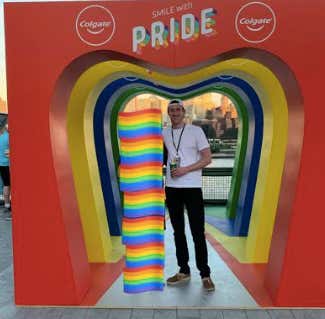 Thursday was Willie’s bar opening – not a pride event, but I basically tuned it into one after a few drinks.  And Friday all the weekend festivities started. Most of the big events were put together by the people who organized World Pride, but I chose to forgo them and attend what are known to the kids today as ‘ragers’. Starting with Lady Land at the Brooklyn Mirage on Friday night. I think it was a rave, but I’m not sure. Here are a few pics:

Yeah, I guess it was a rave. All I know is that there were thousands upon thousands of people dancing until about 4:00 AM, after which the freaks went to Horse Meat Disco. I went home, obviously. Saturday was a lot of barhopping and a few house parties, so I tried my best to control myself in preparation for the parade Sunday. I failed and woke up feeling a bit groggy, but ready for the Parade and pier dance/concert combo known as “Pride Island.” I won’t say how I got in, but I will say there was some serious hounding involved. After market tickets were on sale for $750 and I couldn’t bring myself to pull the trigger so I did what I had to do.

I recorded the whole day on my Instagram story that I tweeted out below.

Table of contents:
– Walk out of apartment
– Go to parade
– Go to roof top party
– Appropriating  Knick Knack Paddy Whack
– Start of Pride Island
– NYC water show in the Hudson
– Getting crushed to death in a sea of people
– Madonna

You get the idea. For me, the best part of the whole thing was the Madonna performance. She absolutely brought the house down. Opened with Vogue and ended on some new song no one cared about, but it didn’t matter. Three songs was all we needed. The only bad part was that it was so crowded during her performance you couldn’t move at all. Which made twerking almost impossible. There were also certain points where I was legitimately scared for my safety. If you fell down in that crowd you’d be crushed to death. Guaranteed.  I was up against the fence so I had an escape route through Donatella Versace’s nearly empty VIP booth, but it was still terrifying. I knew if I tried to escape through her booth her henchmen would’ve killed me too. She looked fantastic though. Here she is in all her natural glory. 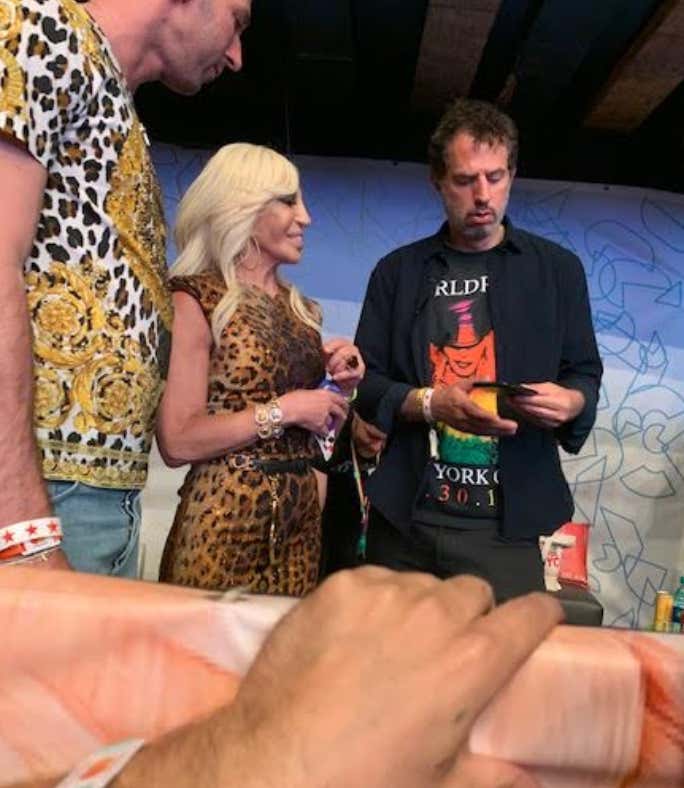 The night ended with fireworks on the pier followed by a trip to McDonald’s and a nightcap at my local dive. Overall the weekend was a dream. Everyone was happy, everyone was having fun, everyone was proud. It was the first time in my life I wore a rainbow shirt on the street and didn’t get nervous about it. I wish I took more pictures for the sake of this blog, but I was having so much fun it didn’t even cross my mind. Regardless, I met a ton of awesome people and had a blast. Can’t wait for next year. Happy Pride.