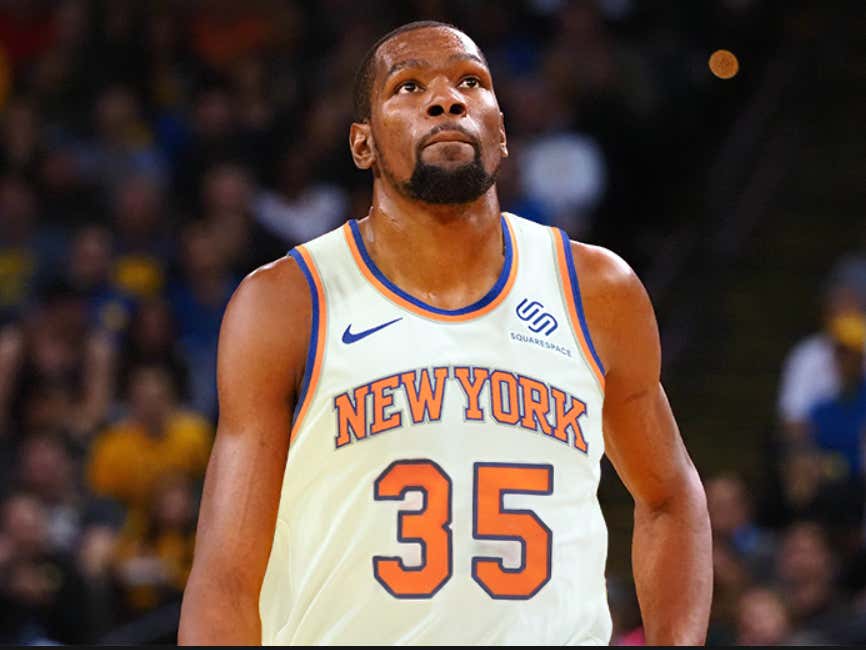 [Source] - And this, clearly, wasn’t primarily about validating his legacy either. Undoubtedly, Durant has some critics he wants to rebut. But the biggest answer to his naysayers, the sure-fire way to make him the most legendary figure he could be, was to revive the Knicks. He passed on that, too.

Multiple sources have said for months Durant and Kyrie Irving planned on being teammates. Durant wanted them to join the Knicks together while Irving preferred they take over Brooklyn. They are now both Nets.

The decision by Durant revealed what he valued most: friendship. That DeAndre Jordan, another of Durant’s close friends, is also joining them in Brooklyn, reportedly, underscores exactly what was most important in Durant’s heart.

This is a bad teammate. Actually, not even that. Kyrie Irving is a shitty friend. He’s out here forcing Kevin Durant to join a team he didn’t want to. Sure, this says a lot about Durant that he wouldn’t stand up for himself, but it says more about Kyrie.

This is the shit I don’t even want to read though as a Knick fan. This is LeBron and Wade saying the last game needed to happen in LA or at MSG. This is all the reports from the last 15 years that the Knicks were 2nd in free agency decisions. Fuck that. Tell me they told James Dolan to shove a kazoo up his ass. Tell me they said they have no interest in playing for him.

Or at least tell me Durant fought back on Kyrie and didn’t give in to playing for the Nets right away.