I’m sitting here watching Thaddeus Young highlights and it’s mostly just him boxing out, chasing down loose ball rebounds and making fundamental bounce passes. From an All Gas No Brakes perspective I don’t really love that skillset but @ same time that’s exactly what the Bulls need: veteran leadership that can defend several positions without needing a ton of shots to score. That’s basically Thaddeus Young and you can tune in Red Line Radio this week for a breakdown with Barstool’s OG Bulls Guy…. Big Cat.

For now let’s agree that it could be worse. We could be Knicks’ fans without an ounce of pride or shred of hope at competitive basketball. Not a major consolation – I get it. But try and keep things in perspective: there’s at least one other organization significantly worse off than us and that should make all you perpetually Salty Bulls fan happy: 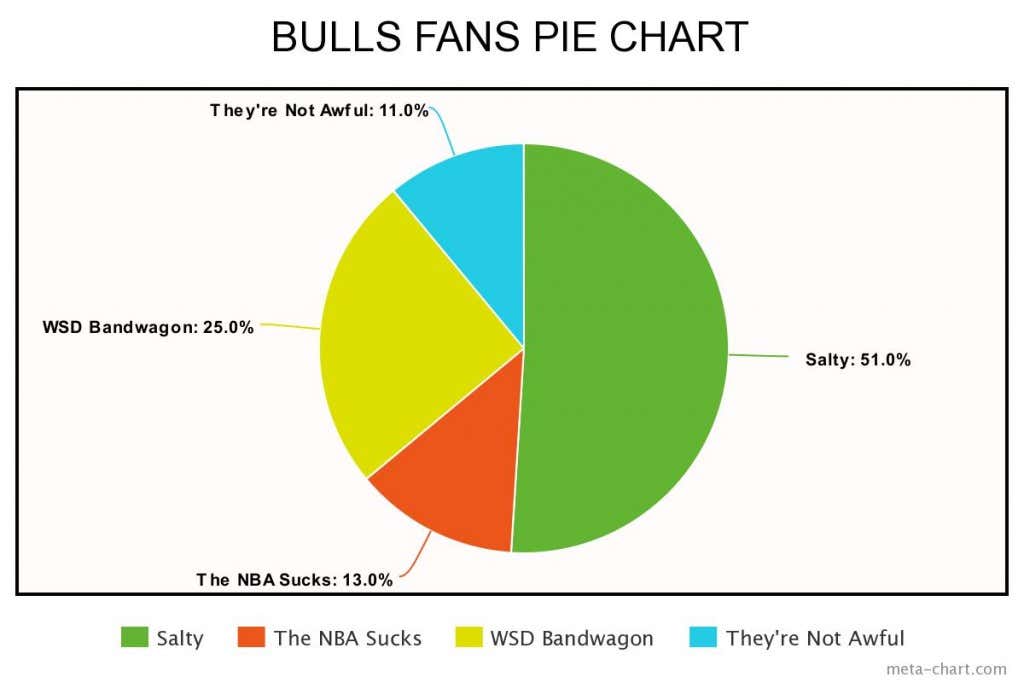 A Majority Of You Are Pussies

Me? I’m resigned to the fact that the Reinsdorf family is holding us hostage via bad decision making and (much more worse) undying loyalty. Anyone with a brain knows the Bulls front office is playing checkers and they suck. The fact this city can’t compete on the big stage in NBA Free Agency really is a testament to just how much they suck.

But like I said I’m resigned to this fate. That puts me in the They’re Not Awful camp and for right now that’s okay.  All I can do is hope and pray Coby White turns out to be a bonafide superstar while Lauri evolves into the next Dirk.

At the end of the day it’s a shooter’s league and in a shooter’s league you need superstars. Thaddeus Young definitely isn’t it but don’t fool yourself into thinking that was the goal. In fact, if I hear one word of bitching on Bulls twitter comparing this move to Kyrie/KD, etc. I’m going to have a meltdown of epic proportions. This is the equivalent of vacationing in Wisconsin. There’s nothing special but tons to do. It’s not expensive. Not a major pain in the ass. Good place to take young kids. You wanna go to the Dells? Golfing? Boating? Whatever. The whole bag’s in play, just remember it’s still Wisconsin. You can’t expect too much. Just try to have some fun and get drunk.

That’s Thad Young on the Bulls. A trip to the Dells in August with the whole family.