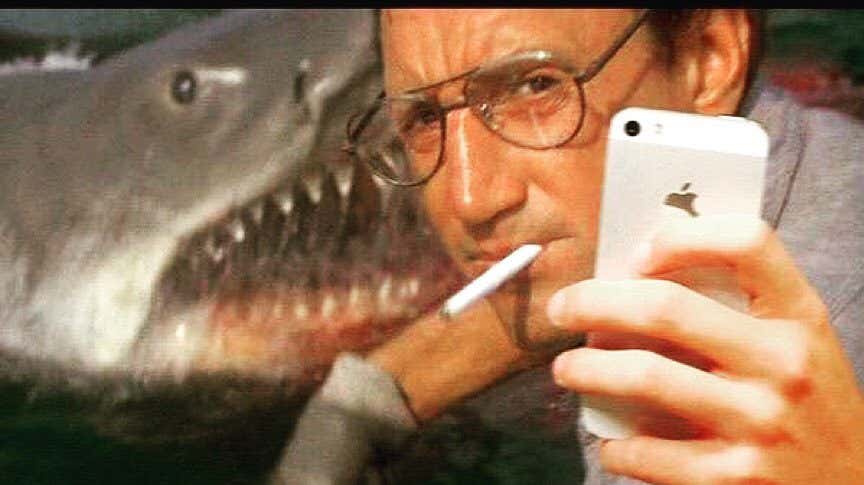 Between October 2011 and November 2017, at least 259 people died taking selfies around the globe, compared to just 50 people killed by sharks in the same period. That’s according to India’s Journal of Family Medicine and Primary Care.

Sharks have been some of the most feared creatures on the planet for centuries. They make horror movies about sharks. People freak the fuck out every time a shark is spotted anywhere near where people swim. They’re the lions of the ocean and scare the everliving shit out of people.

Selfies are something that were invented by Kim Kardashian or some shit like that. You just take a picture of yourself with a front-facing camera, upload it to Instagram, sniff a few of your own farts, rinse & repeat.

So you have one of the most feared creatures on the planet going up against taking a picture of yourself. Which one of those two do you think would end up being the most deadly for human beings?

Exactly. The fucking selfies. And it’s not like the race is neck and neck here. It’s not even close. Selfies are FIVE TIMES more deadly than shark attacks. For every one human that gets served as shark food, 5 more bozos end up killing themselves trying to take a selfie that would have maxed out somewhere around 187 likes. The chance to land 187 likes has now surpassed shark attacks in terms of carnage and destruction. That’s not the way that nature intended for this to work out. This is human beings reinventing the game and making nature our bitch. You want natural selection? We’ll natural select so goddamn hard your head will spin. And sharks can’t even turn their heads. They have no necks. They. Have. No. Necks.