Long overdue here, but the White Sox finally inked Vaughn yesterday to a slot value bonus.  I was so iffy on taking a 1st basemen at 3rd overall, but this kid is going to rake, rake and rake some more.  The popular comparison is Paul Goldschmidt.  Well, if Paul Goldschmidt is manning 1B for the White Sox for the next 6+ years, we are obviously happen.

The Golden Spikes Award isn’t handed out to just anybody.  In fact it’s arguably the hardest award to win in collegiate sports.  It’s not like the Heisman where a skill player is going to win it 99% of the time.  The Golden Spikes Award is being chased after by both hitters and pitchers of all levels of amateur baseball.  For instance, Bryce Harper won it at his JUCO in the one year he played prior to being drafted. 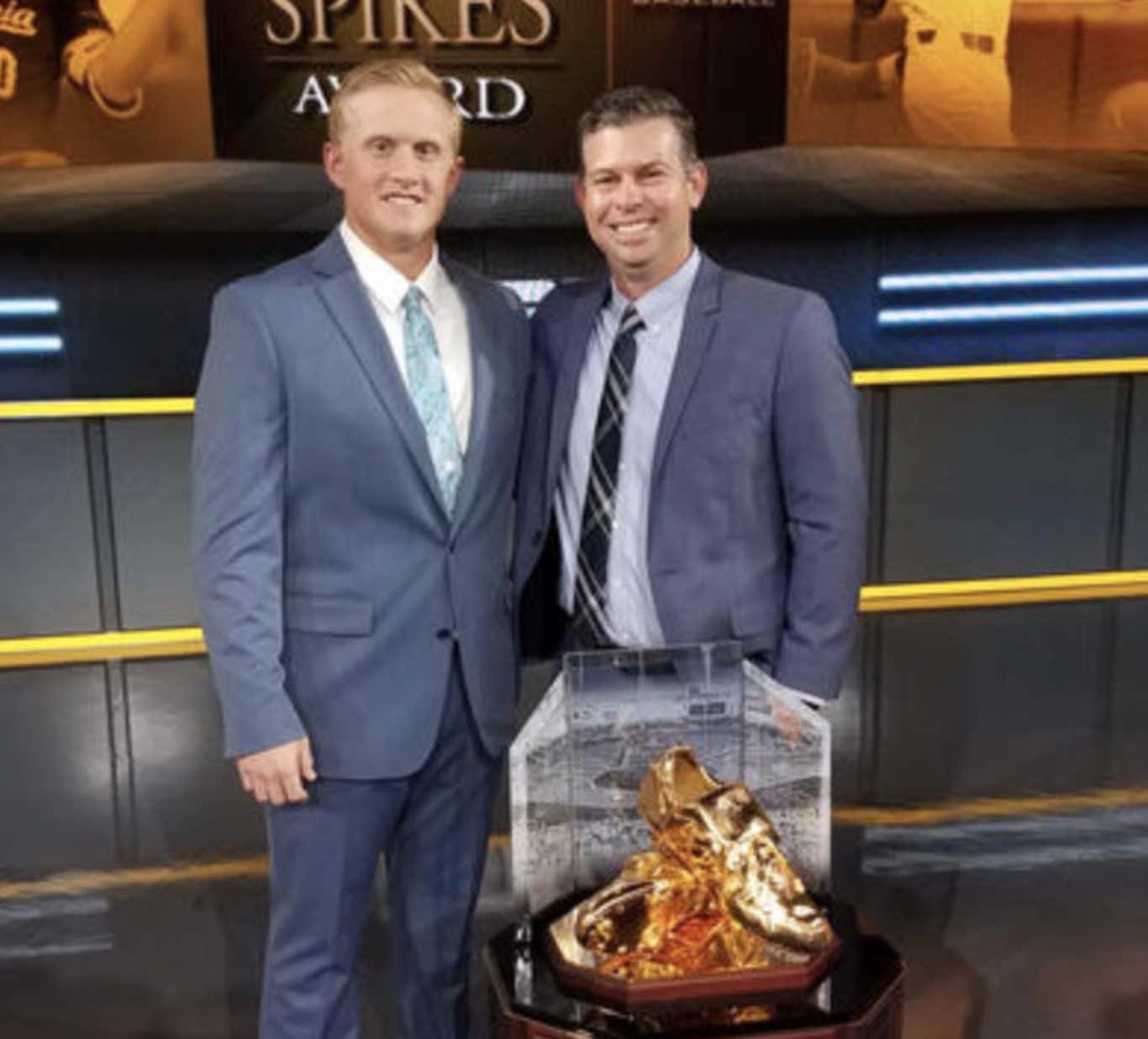 Here are the last few winners of the award: 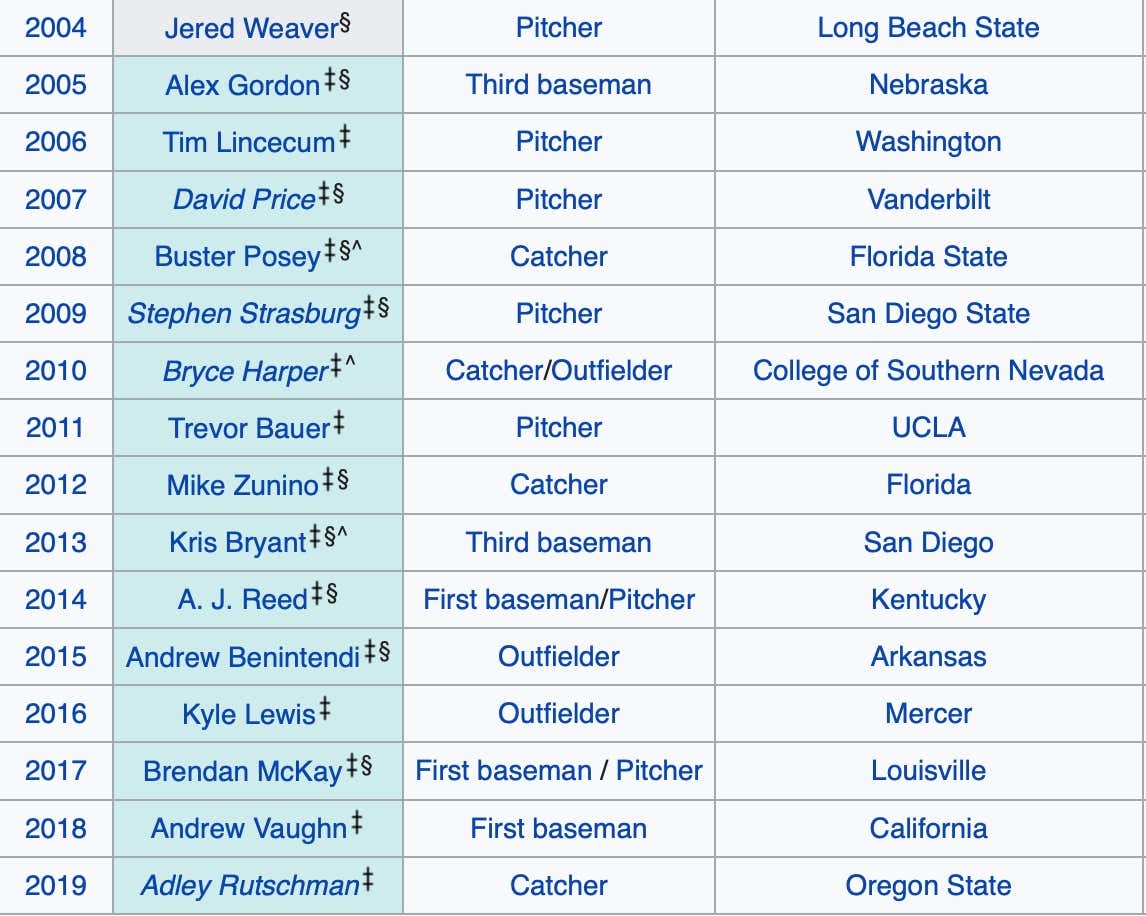 The hit rate for Golden Spikes winners is crazy high.  There are MVPs, Cy Youngs, Gold Glovers and future HOF’ers on this list.

And he did it by, you guessed it, raking:

So now what’s next with him?  I’m sure he’ll be in Chicago to do the media tour, take BP with the team, etc. before going to AZL for a week or so.  Now I’m *guessing* he’ll be assigned to Kanny for a few weeks then end the 2019 season in Winston Salem.  I wouldn’t be shocked if he went to the Arizona Fall League either.

That said, will demolish lower MiLB pitching.  He truly won’t be tested until he reached AA, and as we know, AA is a huge test for any hitter.  Should he dominate in a manner similar to what Robert is doing right now, I don’t think it’s outside the realm of possibility to see him in Chicago sometime in 2020.  It’s a long shot, yes, but his bat is that polished and his defensive position not really something that needs seasoning.

He’s going to be a great middle of the order bat for a long, long time.  His floor is super high.  His ceiling also very, very high.  Good times ahead.  Can’t wait until next year to watch this team really take off.