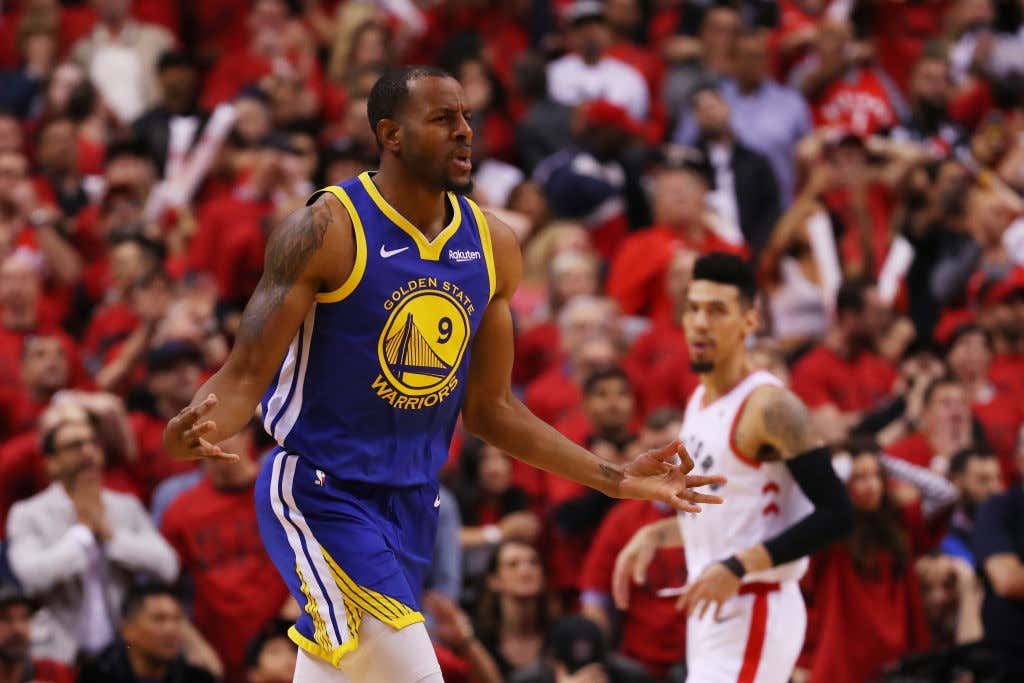 Andre Iguodala fascinates me. His career arc is one of the more crazy runs in recent memory, and the one thing you know when it comes to Iguodala is when he talks you should listen. This man is smart, has been around the league a long time and that’s why I find what he said today on his interview on The Breakfast Club to be so interesting.

You may or may not have heard the latest rumor that Kevin Durant is bullshit with the Warriors over their medical staff and how his whole injury was diagnosed. That he was assured by the Warriors medical staff that he couldn’t make his injury worse if he played, and we all know how that turned out. Well Iguodala shed some light on his own personal experience that sort of makes that rumor seem more believable. Let’s have a listen

Not great! That sounds pretty similar to what we just experienced with Durant doesn’t it? The team is reporting it’s a calf strain, the achilles is good. Then that puts more pressure on him by fans to suck it up and get out there despite him probably knowing shit was way more messed up than what was being reported. I’m not sure why the Warriors wouldn’t just tell the truth when it comes to injuries unless they wanted to put pressure on players to play through it, but that’s certainly not the best look for that training staff/basketball staff and it could very well cost them arguably the best player on the planet.

Listen Iguodala’s deal is guaranteed next season for $17M so it’s not like he has to fear telling the truth here. There were more parts of this sit down that I found fascinating as well, like how he felt the Warriors priced out their real fans

Pretty ballsy considering they just opened up a new arena where seats are probably expensive as hell. I don’t think this is news to anybody, it’s clear that the more successful the Warriors got the more they shifted to a wealthier fanbase. I mean their roster is expensive as hell, this isn’t just a Warriors thing but something every NBA team would do in their position. It sucks, but that’s the reality, especially playing where they do in the Bay. You forget that these teams are a business and ownership could give two shits about “real fans” or anything like that.

Then he touched on Mark Jackson, and pretty much confirmed what many believe is the reason he hasn’t been considered for any coaching position since his days in GS

There were always rumors that Mark Jackson got blackballed by the league for his views on marriage equality/LGBT rights and when someone who would have a good idea about that comes out and says it, you get the sense that there is some truth to that rumor. If you have an hour to kill you can watch the whole interview below

it’s definitely worth a listen. This would be one thing if all this was coming from a disgruntled player or someone who felt slighted by the Warriors, but Iguodala could not be further from that. He’s a Finals MVP, they gave him a big time contract, but it seems like he’s ready to air out all the dirty laundry when it comes to this franchise. If that injury stuff is true, the NBA probably has to look into that right?