Source – Scamp the Tramp will never win a beauty contest. But he’s won an ugly one.

Owner Yvonne Morones of Santa Rosa, California, won an appearance with Scamp on the “Today” show, $1,500 in cash, another $1,500 to donate to an animal shelter — and a trophy the size of a Rottweiler.

“He’s Scamp the Champ, no longer Scamp the Tramp,” Morones told the Santa Rosa Press-Democrat after the victory. “I think the audience saw his beautiful spirit and everything he’s given back to the community.”

The street dog from Compton was rescued by Morones in 2014 after she spotted him on Pet Finder.

“It was on the way home that I knew I made the right choice,” she said in a contest press statement. “There we were, two strangers in a car on the way home to a new start. Bob Marley was playing ‘One Love’ and I looked over and little Scamp was bobbing his head. It was like he knew he had found his forever home.”

Scamp beat out 18 other contestants who showed off their droopy tongues, bowed legs, perpetually confused looks and other strange attributes.

I know Scampi is a male dog and I know I called him a bitch. Deal with it. He’s been called way worse with a face like that. Poor thing looks like a car crash. Luckily, he doesn’t know what he looks like because if he did, he’d buy a first class ticket back to the kill shelter he was rescued from. Look at this mug. 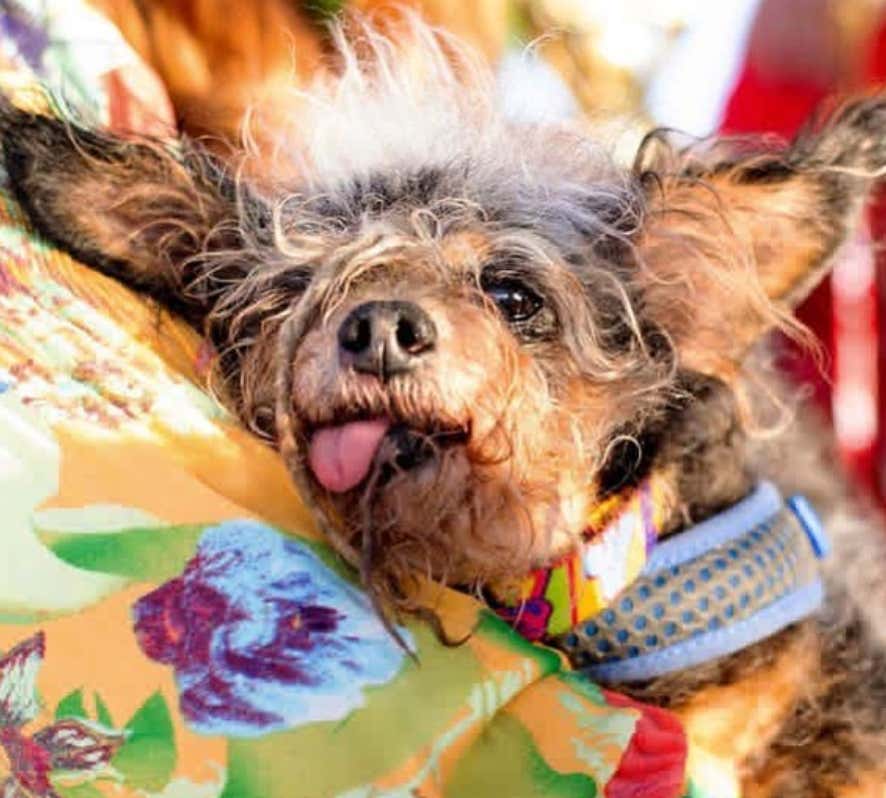 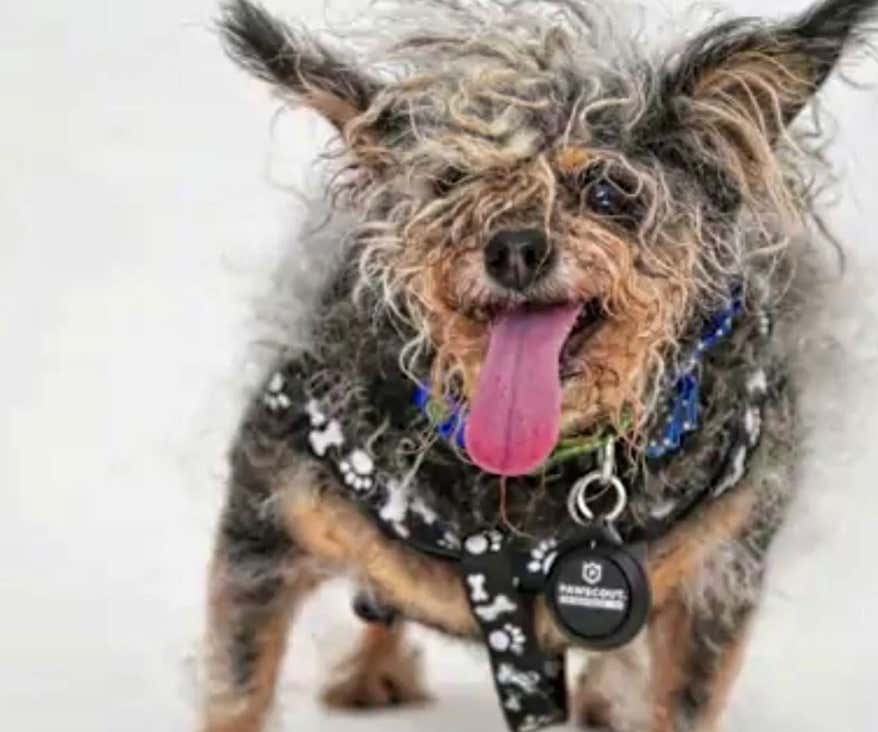 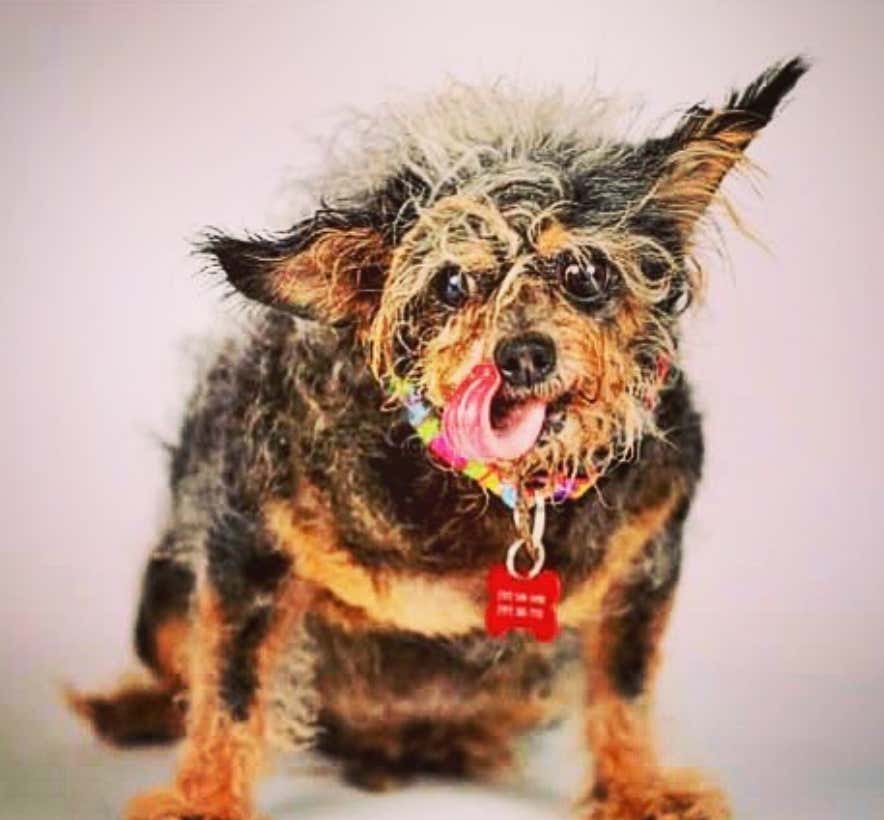 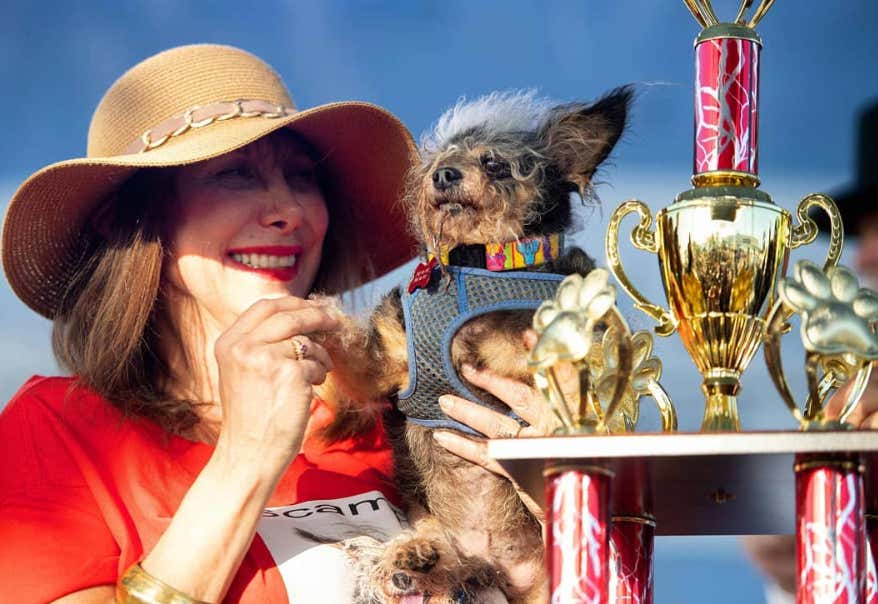 If this was 2009 I’d compare him to a certain celebrity child star who had a mental breakdown and went on a now infamous selfie spree, but it’s not, so I won’t. Instead, I’ll say the great thing about dogs is that they lack self awareness. In Scampi’s head he’s a perfectly groomed best-in-show Golden Retriever. And that’s how it should be.

To be honest, I look forward to this competition every year. Not because it’s entertaining, but because the humans in it are soooooo weird.

You have to be a lunatic to dance around on stage like that. Don’t get me wrong, Stella and I had our own language, but even she’d be embarrassed if I brought her on stage. I like this guy though. 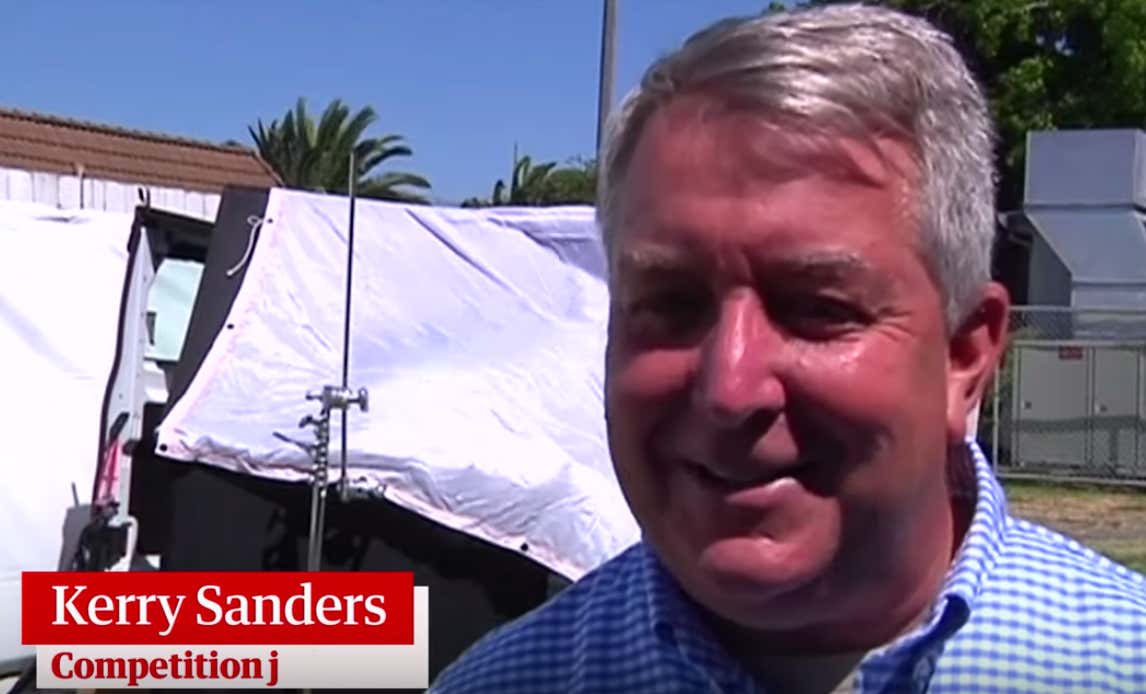 You can tell Kerry’s into what he does. “Ugly and cute are both four letter words! Hehehehehe!” I’m happy for him. Regardless, congrats to Scampi on the accomplishment. He’s not as ugly as last year’s winner (Zsa Zsa), but a  win is a win. 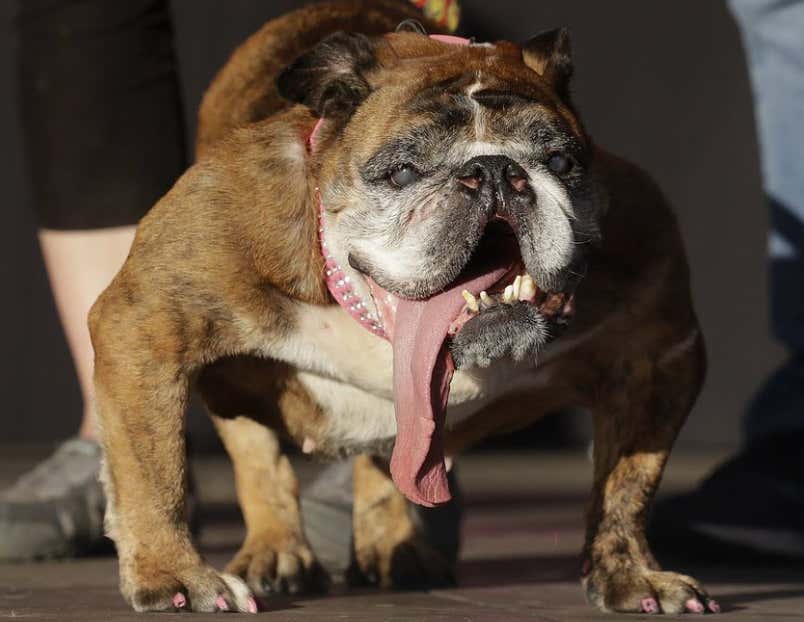