I’m in South Carolina rn on vacation with my father-in-law celebrating his retirement from the Chicago Fire Department. I only tell you that because I’m half in the bag and this is an abbreviated version of our Round Up blogs. I could have skipped it and asked Eddie to cover for me but he’s like IDK man I got a lunch lady interview for Dog Walk and then I’m going to Wisconsin Dells with Carlos Zambranos family so I figured fuck it. You guys are cool. I’ll keep the train moving just apologies in advance if I miss your favorite player or team, or something very obvious in your opinion.

Take that for what it is: a remarkable 11-season stretch that cements his status as one of the best hitters ever.

Naturally I’m on the side of all the mouth breathing asshole Cardinals fans that cheered for him this weekend and then got criticized for it. That’s how it should be. Cheer the player, boo management for offering him a 5-year extension. Morans. 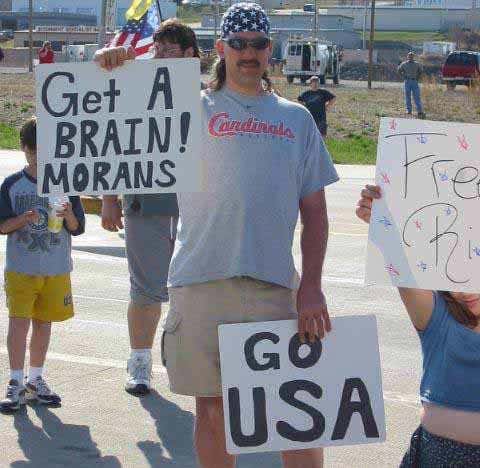 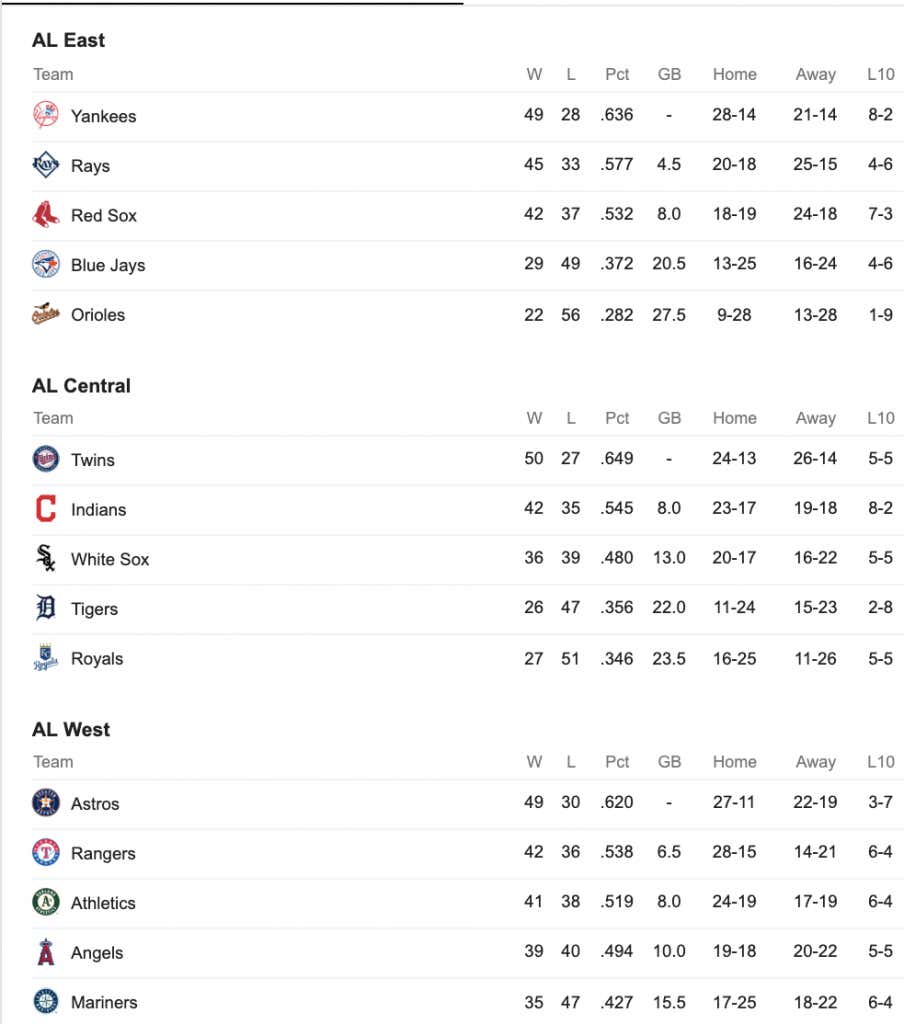 – The Yankees are unstoppable
– The Indians have separated themselves from the White Sox since the last time we talked
– The WC standings are shaping up more dramatically: Rays, Red Sox, Indians, Rangers, Athletics all bunched together with the Angels and White sox on the outside of the party
– The Mariners have already played 82 games: 9 more than the Tigers and 7 more than the White Sox. That’s weird.
– The Rangers are getting hot behind AL Cy Young frontrunner Mike Minor 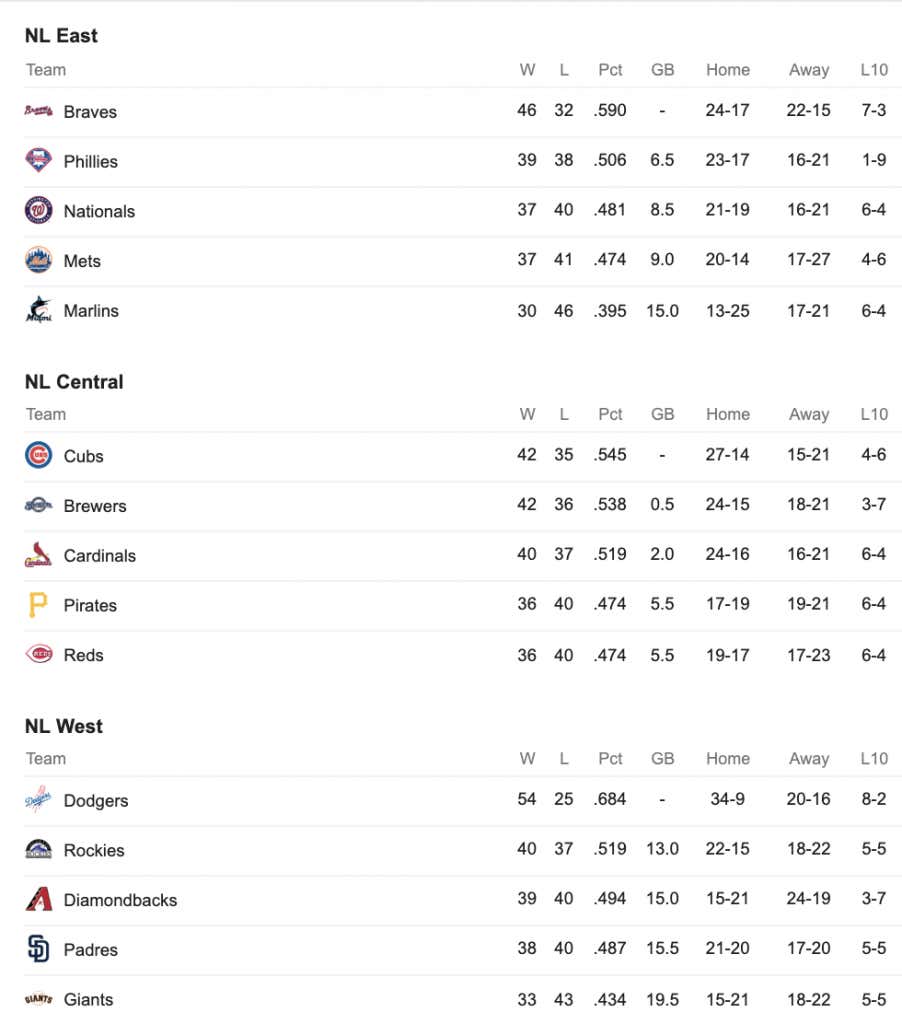 – Can’t can’t can’t believe the Phillies gave Bryce that contract and now it looks like the Braves might win every division title for the another 13 straight years
– The Cubs are in first place with a combined lead of 13.5 games over the rest of the division. For context, the Dodgers have a 13 game lead over the SECOND best team in their division.
– Cancel the NL West. Idk what to do about that division but they got strong fanbases and most of them have to be MISERABLE
– The Marlins are better on the road than the following clubs: Phillies, Nationals, Cubs, Cardinals, Reds and Rockies.

The party started early Friday morning with a walk off in the A’s game and it didn’t slow down from there.

Also quick shoutout to Frankie Montas for getting busted for PED’s. Of course they had nothing to do with his performance tho.

The former White Sox prospect was leading baseball with a 2.87 FIP at the time of the ruling. Kinda sad if you ask me but also a good time to remind you guys that I don’t hate PED’s – I hate the dickbags that want to blackball guys like Bonds and Clemens while they canibalized their pageviews. Baseball writers love to hate on the guys that created the conversation anyways. Makes me sick to my stomach. If I ever get down that path I need you guys to straighten me out. This is a community and that’s my bond.

Elsewhere in California, the Dodgers logged 3 straight walk off bombs this weekend *from rookies* to round out an 11 game homestand

Safe to say the Dodgers are Clicking 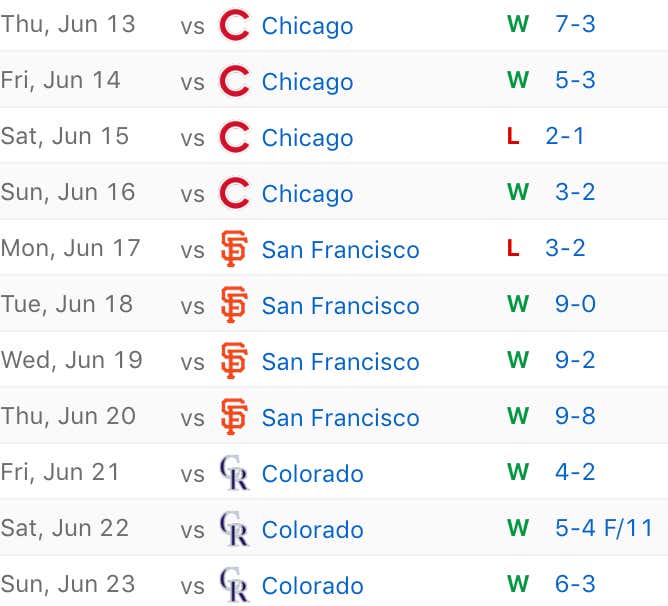 And so was this play by Ozzie

To bad Dallas Keuchel couldn’t pitch to the hype around him landing with Atlanta. Not that 1 start overly matters than the others but when you sit out forever, you want to come back and make a splash.

5 mediocre innings later and I think the mania has cooled off. Although the fact remains the Braves now have a filthy, durable, deep rotation that won’t be giving away 1st place to the Phillies any time soon.

I can’t wait to see how much the NL Central hates him. Maybe it will be as much as Derek Dietrich, a legendary dbag who set an MLB record with 6 HBP’s in one series this weekend.

But that’s my own opinion. I encourage you to form your own:

26 more hits than any other player in baseball over the last 240 games. That’s wild. Javy has the tendency to make you say Holy Fuck like when you look at his numbers. Or more easily when you watch him trot out to shortstop every day:

That came in the bottom of the 8th down 3-2 with already being down 1-2 against the Mets in the series. So call it a big shot.

And speaking of big shots, Pete Alonso keeps it rolling like a bad bad bad man,.

Although the biggest jaw dropper of the weekend tho probably belongs to Walker Buehler on Saturday:

Funny thing is people forget the White Sox took his Vanderbilt teammate Carson Fulmer about 10-15 picks sooner in the same 1st round. Crazy!

Do you think he could have gotten Gary Sanchez out Friday night. MY GAWD

Since losing 2 games to the White Sox, the Yankees have absolutely MURDERED other MLB teams 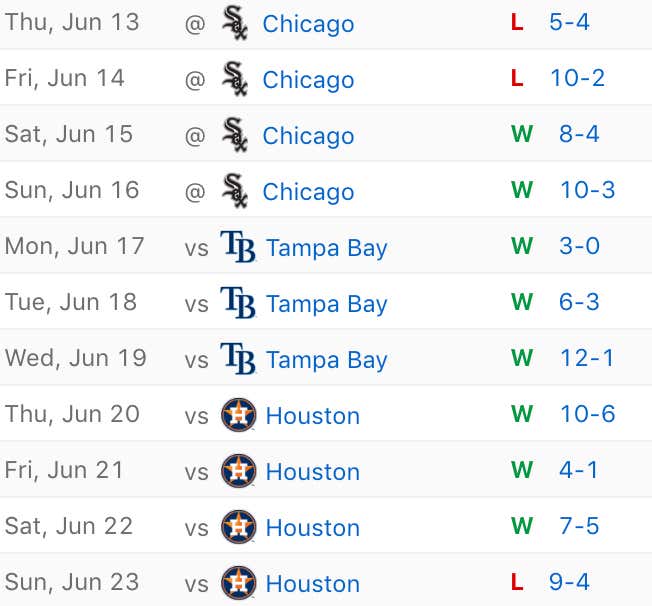 Like Yelich has done nothing but play better than everyone else since July 2018 and it’s been amazing. No doubt. He’s a bonafide Hall of Fame talent. Buttttt Milwaukee is squandering him if they can’t rattle off a World Series much less several division championships.

Regardless – amazing trade that gets more amazing by his plate appearances.

Here’s a great one from Puig this weekend.

His bombs look different, kind of like the outfielder who officially replaced him in LA

Bellinger hardly strides or loads. He just sits back and explodes at the last second. Idk how a tall skinny surfer bro like him does it (yes I do) but that won’t stop me from appreciating him. Also, he’s matched last year’s home run total so needless to say he could win MVP and Most Improved despite already being really really fucking good.

But is he weirder than Joey Votto?

Or more importantly could Yelich make a play like this?

Probably if we’re being honest.

My Wifi is getting extremely spotty btw. I’m going to hit publish now before I lose it entirely and keep updating. Thanks. Go Cubs.

More Carrabis and Barstool Subtweets from the Eye in Mordor

White Sox Dave benefited from that immensely because he broke the Shields trade. I wonder if he would go back and do it over again if he could. Is the personal gain worth the misery of not watching him every day? I’m generally curious what WSD would do if he could do it all over again.

He’d probably do steroids with Altuve

Justttt kidding. Would hate to piss off all those diehard Astros fans that were completely non existent the whole time they were playing the Cubs for the majority of my life. Now they’re the biggest hardos on baseball twitter. Newsflash: the Astros and Steroids go hand in hand dating back to Richard Hidalgo hitting 44 home runs in 2000. This didn’t start yesterday.

And here’s your lone Orioles highlight before I forget

And then the best comeback of the weekend by far and easily one of the best I’ve seen this year:

I’ll be back full strength next week when I’m not bombed up poolside. Go Cubs. Go Baseball.