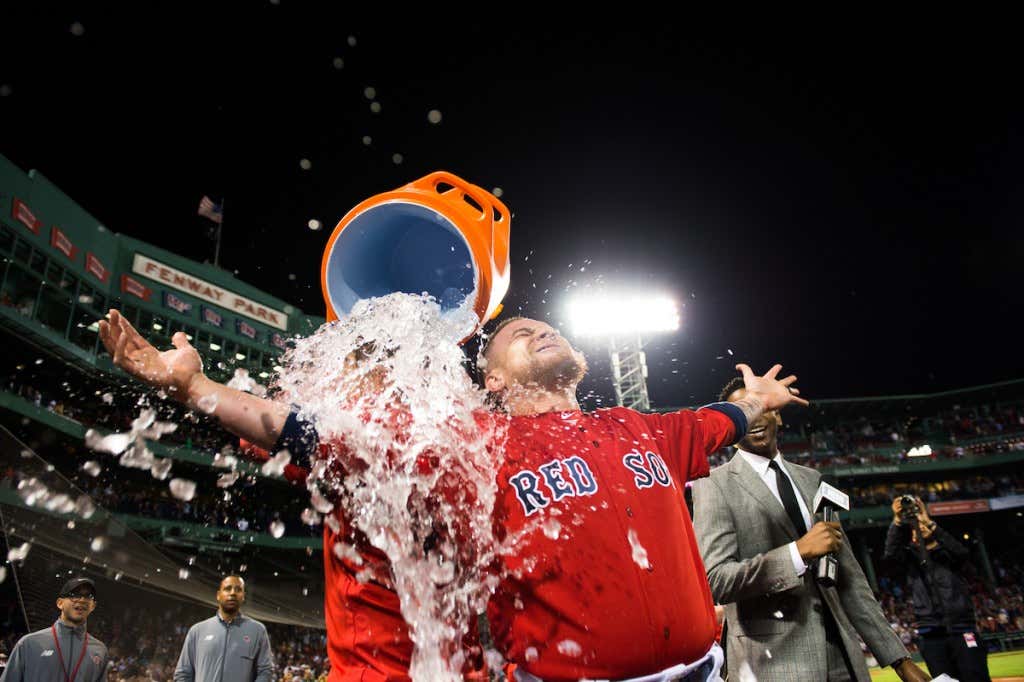 It’s starting to feel a little bit like 2018 again.

No, not in the sense that the Red Sox are just steamrolling everyone and running away with the division. With the Yankees on yet another heater, Boston remains stuck at seven games back of New York, although they slowly but surely have been gaining ground on the second place Rays. So, how exactly does it feel like 2018? The Red Sox rode a winning streak into Minnesota to take a series from the team with the best record in the American League, they overcame a grueling 17-inning loss to still take said series, and then faced not one but two four-run deficits on Friday night, only to walk it off in the bottom of the 10th.

It might not feel like 2018 to you, but it sure as shit does not feel like the April version of the 2019 Boston Red Sox. That team sucked. Flat out awful. But since April 29, the Red Sox are tied with the Yankees for the second most wins in the American League. Only the Twins and the Dodgers have won more ballgames over that span.

We mentioned a pair of four-run deficits on Friday night against the Blue Jays. Yeah, Chris Sale wasn’t at his best. The left-hander was chased from the game after five innings, marking his shortest outing since April 23 against Detroit. He allowed four runs, only three of them earned, while striking out eight, but got knocked around for seven hits in those five frames. As was the case earlier in the year, when Sale does’t locate, he can be very hittable. On Friday night, he was hittable.

Shout out to the Red Sox bullpen, who deployed five relievers after Sale’s departure, allowing Boston to climb back in this one and eventually win it. Down 5-1 in the bottom of the seventh after previously trailing 4-0 in the third, the Red Sox put a three-spot on the board thanks to RBI knocks by Andrew Benintendi, Xander Bogaerts (who should not be sixth in the goddamn voting for American League shortstops), and JD Martinez. Getting within a run in the seventh set the stage for some eighth inning heroics when Rafael Devers came off the bench to pinch hit. Devers, of course, had been sidelined since injuring his hamstring.

The 13-year-old ripped a base hit into right field, bringing in Jackie Bradley Jr. who tripled the at-bat prior. I’ve said this a bunch about Christian Vazquez — and it’s becoming less true this year as he’s blowing past his career high in homers — but this man doesn’t leave the yard very often. However, when he does, they’re always bombs and they’re always in a very pivotal spot in the game. It doesn’t get more pivotal than a tie game in the bottom of the 10th. The Red Sox backstop, who entered the game as a pinch hitter in the 8th, launched a two-run walk-off bomb that bounced off the roof of the Red Sox bullpen and into a Fenway Park crowd that was going bonkers.

Make that eight of nine for the Red Sox, who are hitting .307 with a .903 OPS as a team over that nine-game stretch. It’s frustrating to be playing this well and not really see it being reflected in the standings, but it’s one step at a time. Worry about second place before you can worry about first place. And the Red Sox are within striking distance of the Tampa Bay Rays.