DAILY MAIL – An Albuquerque woman was filmed yelling obscenities at a police officer after she was arrested for allegedly riding her electric scooter in the wrong direction while intoxicated.

Lily Romero, 27, was the first resident of the New Mexico city who was arrested for DWI on an electric scooter – just days after the vehicles were legally allowed onto the town’s roadways.

All e-scooter riders must also obey traffic laws. Romero was shocked to discover these rules after she was pulled over.

‘Get a real job you fucking dickhead’ Romero is filmed yelling at police after she was pulled over. 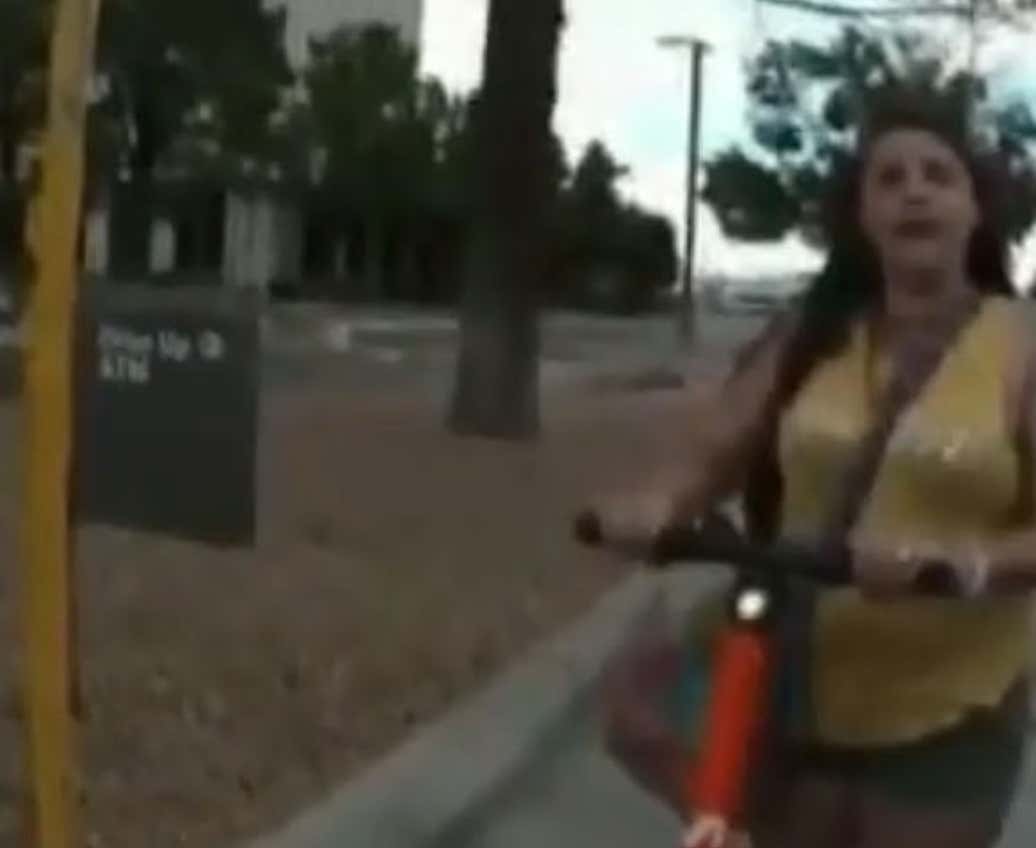 In the video, the officer is seen trying to explain to Romero why she is being pulled over despite her not driving a car.

‘If I fail this I’m going to get a DWI? Is that what you’re saying?’

The officer replies that there will be an investigation and that her being charged is a possibility.

The officer then explains that she was driving the wrong way down a one-way street, which is against the law in New Mexico.

‘Ma’am, you can’t be driving that on the roadway in the wrong direction of travel,’ the officer tells her.

When the officer tries to give her a field sobriety test, she says: ‘I cannot fucking fathom this. I’m riding a scooter because I don’t wanna drive drunk and you’re gonna give me a sobriety test?’

Listen I’m always the first to jump to the police’s defense when they’re just out there doing their job.  Technically they ARE just doing their job, upholding the laws that have been given to them – it’s not like they made them themselves.  However I will say that Scooter Girl makes a pretty good point.  She rode a scooter because she didn’t want to drive drunk.  Impressively responsible.  She didn’t want to take an Uber because you’ve seen the news lately.  A 20-something girl making responsible choices – not to mention, saving the environment just like Al Gore (inventor of the internet) and Leonardo Dicaprio told her to – should be given the “look-the-other-way” police method IMO.

I mean she even dropped her trump card:

During the sobriety test, an officer holds up a light and asks Romero to follow along with her eyes.

She then reveals that her grandfather died earlier in the day.

As the test continues, she says: ‘I just find this ridiculous, dude.’

‘This is not ridiculous,’ the officer responds. ‘Just keep following the light.’

Come on!! How do you keep arresting the girl after that!! Have a heart officer!!  She’s right, it’s ridiculous dude! 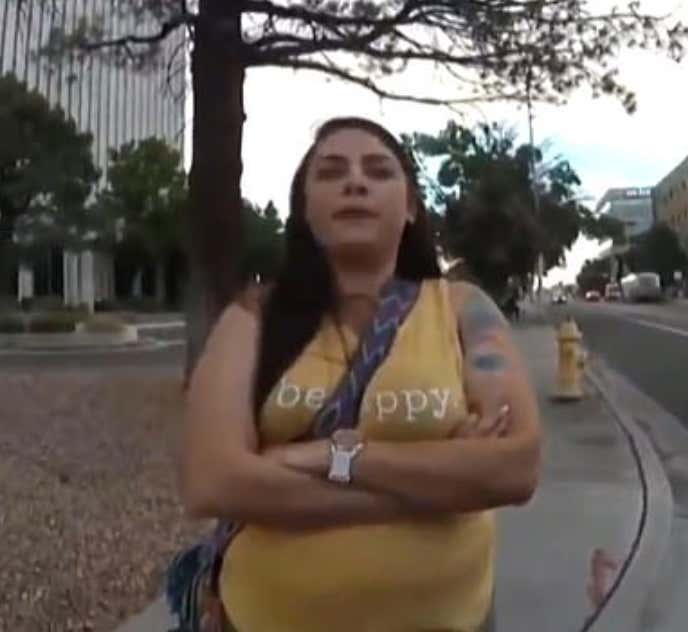 Not only that, she CONTINUES to make salient points – the cop isn’t even from a big city, what does he know about drunk scootering?  Plus she only had 2 beers dude.  Two.

He then asks: ‘Do you not want to do this test?’

She replies: ‘I just find you so ridiculous right now. Why are you doing this to me?’

The officer says: ‘Because I already told you Lily. You’re driving a vehicle that under state statute is considered a motor vehicle because it’s propelled by gas or electric.’

To which she replies: ‘You’re not used to this. You don’t live in a big city. You’re from f*****g Albuquerque.’

‘So do you want to do this test or not?’ the officer asks her. ‘It’s up to you. I’m not gonna force you. And I’m not gonna argue with you.’

Ok now we’re just being a tough guy here.  Let’s take a second, take a deep breath, assess if this is something we want to waste the court’s time with, decide if we want to take up space in a booking cell on a drunk scooterer coping with the loss of her grandfather.

She kind of puts the nail in her own coffin when she keeps going though.

The officer explains to Romero that if she refuses to comply with the sobriety test, he would place her under arrest.

‘I just find this so ridiculous, dude,’ she says.

‘Well, this is real,’ the officer says.

Romero is then put into handcuffs after refusing to complete the sobriety test.

After she was placed under arrest, she yells at the officer: ‘Get a real job you fucking dick head.’

She also told him: ‘You’re a fucking idiot.’

‘Why’s that?’ the officer asks.

I guess when it’s clear he’s not letting you off, you lose your cool and resort to the name calling.  In my experience cops don’t like being call fucking dickheads who don’t have real jobs.

That’s how a drunk scooterer goes to jail. 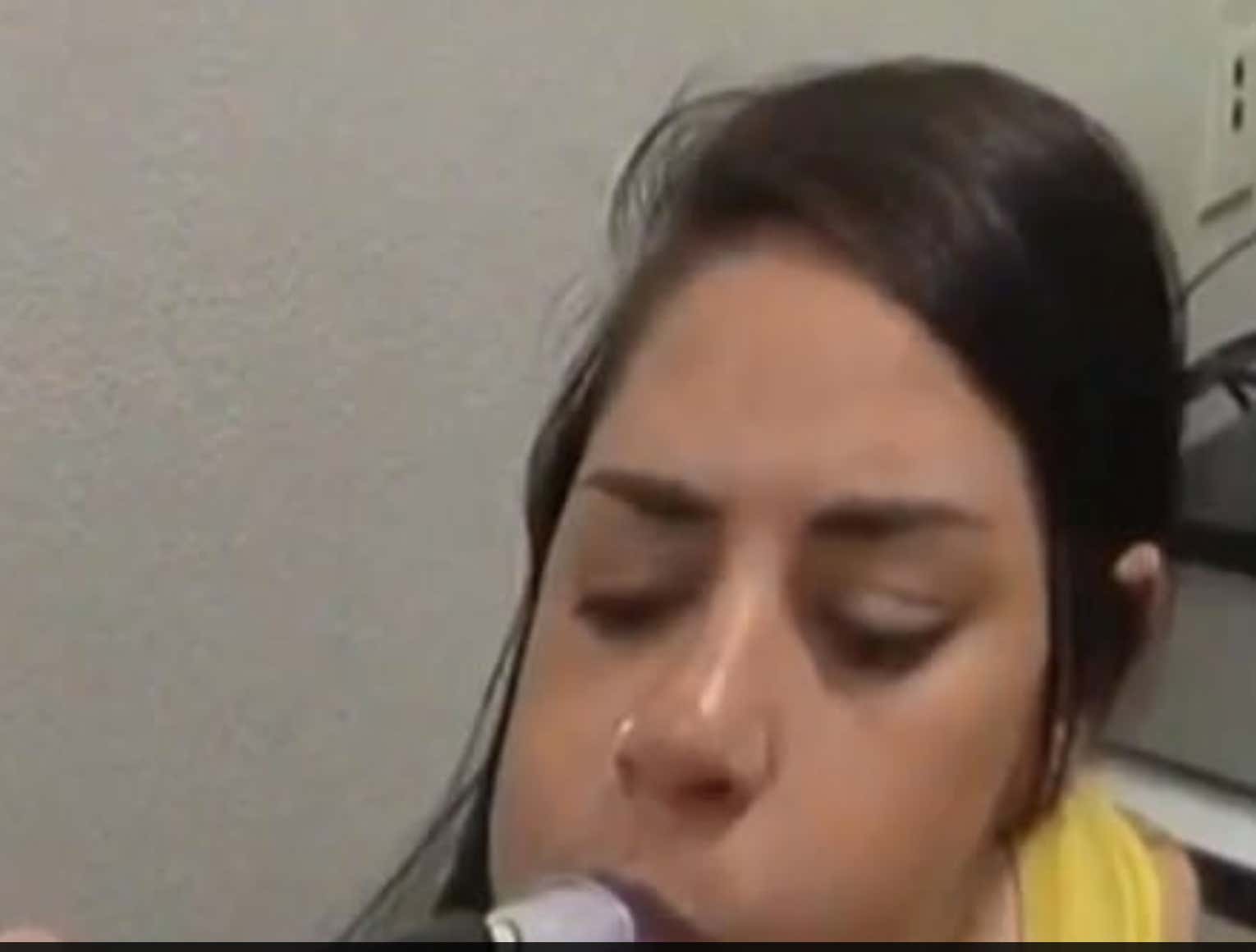 via The Daily Mail