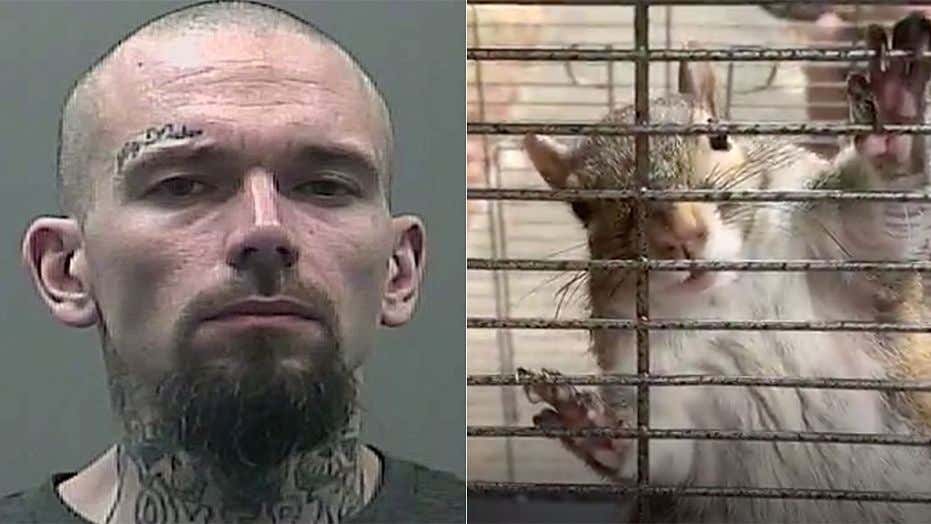 Chances are between the headline and the mugshot of this beauty, you probably guessed the state of Florida. Which would be a reasonable guess given the context clues here and to be fair, you’re not too far off. But unfortunately, you’d be wrong because this story comes from what would have been your 2nd guess.

Deputies tell WAFF 48 News that Paulk says he held the squirrel captive and used it as an attack squirrel. They also say he was feeding it meth to keep it aggressive.

Okay so here’s where things get a little tricky because I’m not exactly sure if what I’m about to say is problematic or not. But in terms of keeping any sort of attack animal all gassed up on meth…well I just feel like a squirrel is one that we really shouldn’t care about that much. I mean I get that it’s a living thing and everything but…c’mon. It’s a fucking squirrel. Squirrels are the goddamn worst. They’re constantly making a mess by going through your trash cans and ripping shit open. I swear to god that some of these bastards know that cars don’t actually want to hit them so they’ll just dart out into the street for a quick adrenaline rush and then laugh when the car has to swerve around them at the last second. And lastly, it’s just a fucking squirrel.

If our guy over here had an attack dog that he kept feeding meth, I’d want him locked up for life. If he even just had an attack cat that he kept feeding meth, I’d at least want him locked up for 50 years or so. And a snapping turtle should get you 20 years. But a squirrel? I just feel like squirrels are big rats, and think about all the shit that scientists do to rats. Probably way worse than keep them all hopped up on meth ready to attack intruders at any given moment. So all I’m really saying here is that I actually appreciate that this dude went with a squirrel instead of an animal that people actually care about. Sure, he might be a meth head who has a bunch of guns and drugs and probably isn’t an upstanding member of society. But at least he made sure to pick an animal that nobody cares about to use as an attack animal. That shows that he at least has a little compassion left in him.

Anyway, I would have loved to have seen this little guy in action one time. I have a feeling that this squirrel would fight dirty and immediately go for the dick. You know what? Maybe that should be the punishment here. Maybe we don’t need to lock this man up in jail. All we have to do is lock him in a room with the squirrel for 5 minutes, let the squirrel do whatever he wants to do, and then call it a day from there. That actually makes a lot more sense than just releasing a meth’d out squirrel back into the wild.