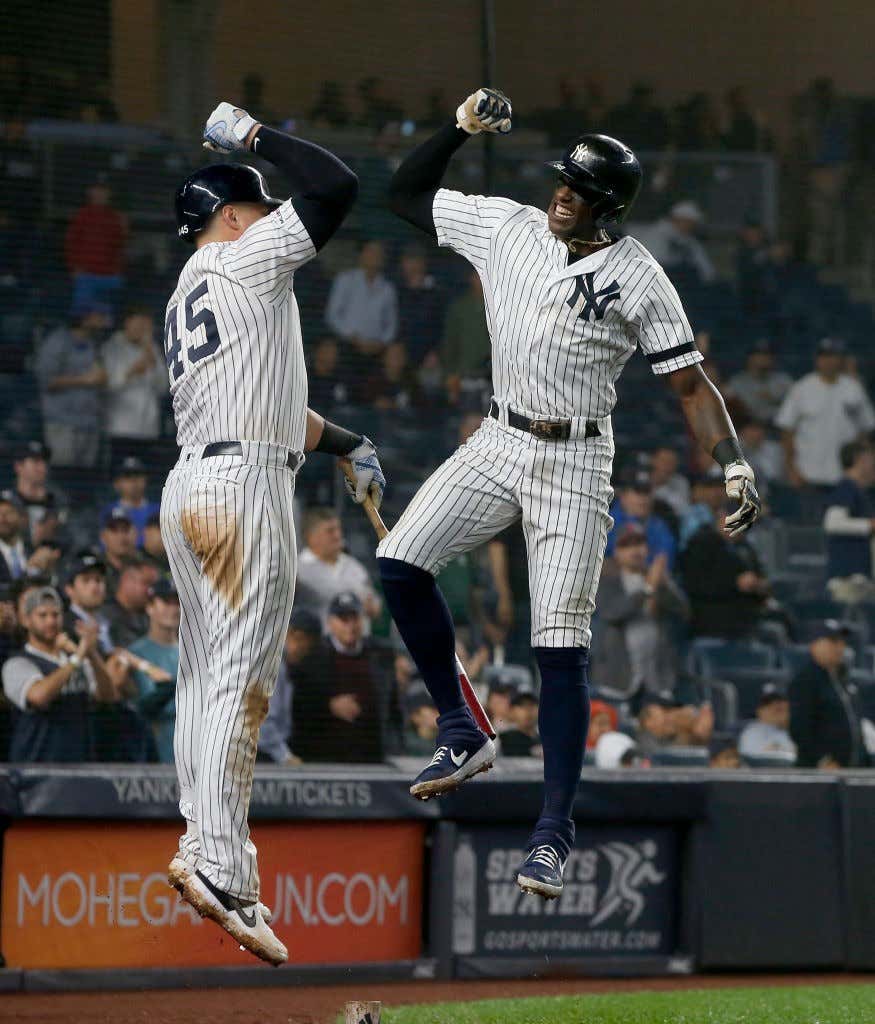 Cameron Maybin has captured every Yankees fans hearts in this past month. He has become a guy we cannot get enough of. A forgotten man who was stowed away in the Indians Triple A team earlier this year has become a shining beacon of light in this lineup and clubhouse. If I told you in March that the Yankees would win a baseball game in June because Cameron Maybin had three hits including a bomb while Edwin Encarnacion would also hit a homer you would slap me and throw me in the psych ward of a hospital. That’s how weird 2019 has been, but it’s fucking awesome.

How good has Maybin been lately? Well when he starts the Yankees are 22-9 as opposed to 23-18 when he doesn’t. He brings a good bat, good fielding, speed, and a great vibe to the clubhouse. Over his last nine games (8 starts) he’s hitting .441 with 4 homers and 5 rbis. That’s good for a slugging percentage of .853 and an OPS just a shade under 1.300. Simply put, he’s been a monster. Remember, this guy was a top prospect coming out for the Tigers. There has always been potential, maybe the Yankees found something?

The Yankees are about to faced with a tough roster crunch. Aaron Judge is just a few days away from returning to The Bronx. They very much prefer to have a three man bench which would very likely be Romine, Gardner, and Urshela. The thing is that they don’t need this many relievers. Jonathan Holder SUCKS. Luis Cessa SUCKS. They also have two long relievers in David Hale and Nestor Cortes Jr. Holder and Cortes Jr. have options, meaning they can be sent down to the minors without issue of losing them. I think it’s a no brainer. Send Holder down and operate with a slightly lighter bullpen. Go with a four man bench for now so Maybin can stay. He’s without options now so if he can’t be on the 25 man roster he’ll be scooped up by someone in seconds. We can’t let that happen. If we lose Maybin, we riot.

Keep Cameron Maybin at all costs.