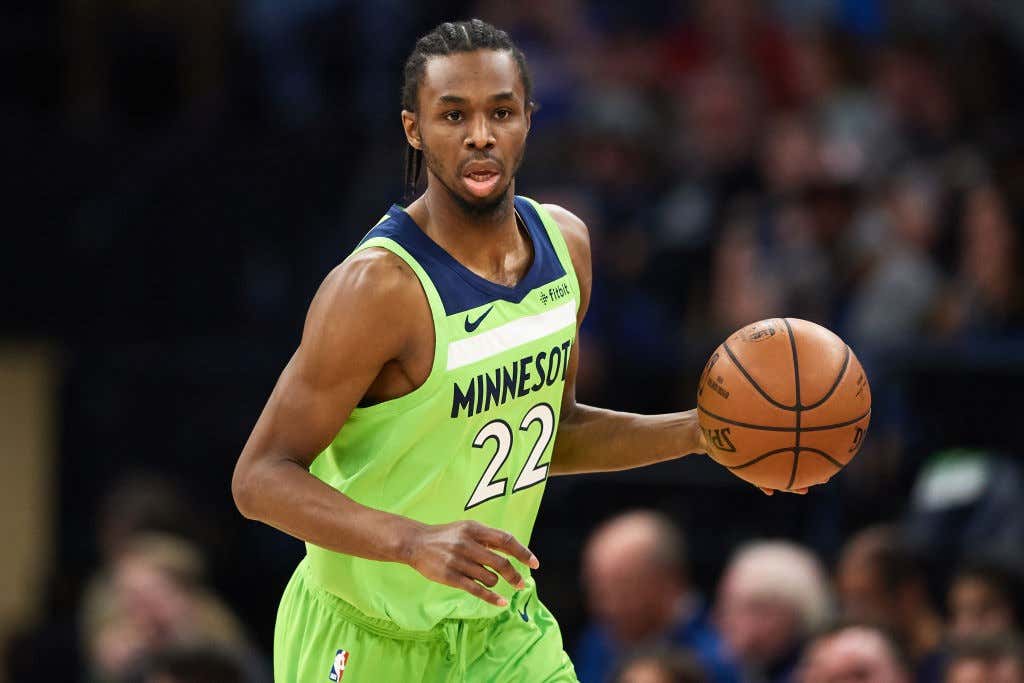 Man do things change quickly. It feels like just yesterday Andrew Wiggins was able to convince ownership that he was going to try really really hard to improve so that they would give him that massive extension

and here we are just one year into it and apparently the team realized he was full of shit and wants to get out of this bad boy. It’s not often you see teams aggressively shop a 24 year old number one pick who was supposed to be a franchise cornerstone piece, but it’s safe to say maybe they realized that improvement isn’t ever going to come.

Listen, you can’t hate on Wiggins for saying what he had to say in order to secure the bag but I can’t see how MIN gets someone to bite on this contract. They’ll have to attach a first round pick at a minimum you would think, and probably more than that. It’s not like that salary number is easy to match either unless the Wolves were willing to take back on an equally bad contract that’s just on shorter years. For example, maybe MEM listens if it means they can unload the last year of Chandler Parsons and actually get something out of a player making $25M. I feel like that’s unlikely since he’s an expiring deal unless they really really like Wiggins. There’s also a chance MIN could look to upgrade the PG spot and trade for Conley I suppose. Maybe Washington bites and tries to include Jabari Parker’s $20M or something? The point is it doesn’t seem like the NBA landscape is lining up to bail the Wolves out of this terrible deal for a player that may or may not stink.

There are rumors that the Wolves want to move up in the draft, so maybe they call New Orleans and kick the tires there since David Griffin drafted Wiggins while in CLE. I can’t imagine he’d be worth the 4th pick unless the Pelicans feel like whoever they get at 4 won’t be as good as Wiggins. Who knows, maybe a different location and different franchise can finally tap into Wiggins and get him to actually try, but is that worth the financial risk that comes with it. He is just 24 which is young as shit so it’s certainly possible. It may not be likely, but it’s possible.

The Timberwolves have a new regime and it certainly feels like they want to do everything possible to get rid of the trash they inherited, but it’s also interesting in terms of how this relates to KAT. You have to figure he had an input on this right? He’s the franchise. Makes you wonder if he wants a different running mate as he begins his own new 5 year extension next season.

So would you want your favorite team to take a chance on Wiggins? Personally I’m all set, which is pretty crazy considering all the hype he had heading into his draft.