I’m gonna be honest, even though he is harnassed in, I don’t think that changes much. Sure, it would be more bad ass if he was out there like one of those crazy Russians who do handstands 10,000 feet in the air,

but I still give him credit where credit is due. He has a one of a kind view of the parade. Like, he could be one of these people packed into the crowd 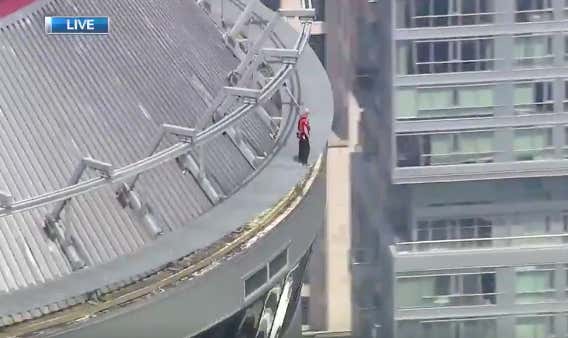 I would like to see him shotgun a beer or something though. If he was a hockey fan he would, amiright?