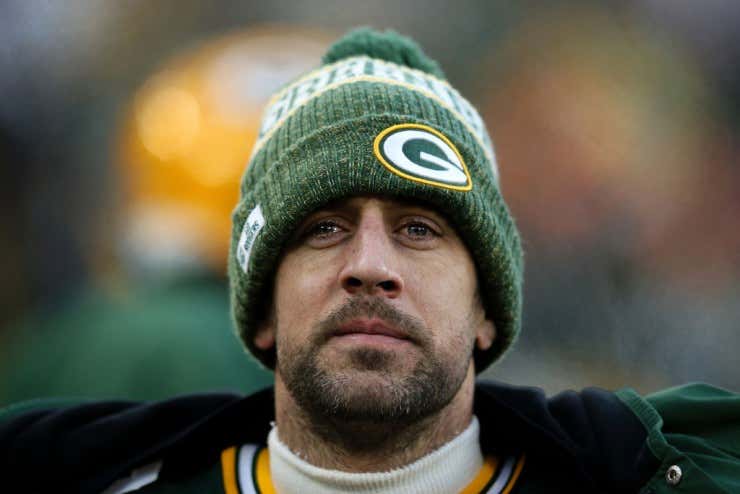 “Aaron and I have had some good talks, and we’re going to have to talk a lot more — and one thing we have to work through is the audible thing,” LaFleur explained. “We’re running a system I first picked up while working with Kyle (Shanahan) in Houston a decade ago, and we’ve never really had a quarterback who’s had complete freedom to change plays at the line, because that’s not really the way the offense is set up. But, I mean, this is Aaron Rodgers. He’s had a lot of freedom to make those calls, and deservedly so. Now, how do we reconcile that, and get to a place where we put him in the best position to succeed?” …

The LaFleur-Rodgers football marriage is still in its honeymoon phase, meaning there are some potentially hard conversations about how much leeway Rodgers will have at the line of scrimmage looming.

“It’s a conversation in progress,” Rodgers said when we spoke at his locker last Tuesday, punctuating his words with a short chuckle. “I don’t think you want to ask me to turn off 11 years (of recognizing defenses). We have a number of check with mes and line-of-scrimmage stuff. It’s just the other stuff that really not many people in this league can do.” …

In the end, as the coach and quarterback sort through their stylistic differences and figure out how much freedom will be possible and tolerable at the line of scrimmage, that may be Rodgers’ best argument: If the thought process behind an audible is sound, and the end result is positive, how mad can LaFleur be?

“That’s not like a humblebrag or anything; that’s just a fact. There aren’t many people that can do at the line of scrimmage what I’ve done over the years. I mean, obviously, Tommy (Brady) can do it, no doubt. Peyton (Manning) could do it. Drew (Brees) can do it. (Patrick) Mahomes will be able to do it. Ben (Roethlisberger) has called the two-minute for years. There are a few of us who’ve just done it; it’s kind of second nature. And that’s just the icing on the cake for what I can do in this offense.”

Chief touched on this earlier and in no way is this meant to be a response to what he wrote because I agree with every punctuation mark. It’s just that my two takeaways from Blogger School a few months ago were:

1) Nobody ever cared about multiple blogs on the same subject except the dopes who got chased off the comments section by a small subscription fee, and
2) I’m supposed to just keep doing what I do.

And since this coming Aaron Rodgers-Matt LaFleur fight is too good to pass up, I’m re-blogging. My soul demands it.

Probably not since World War I has there been an armed conflict felt so inevitable. Hell, even Hitler managed to hide his intentions to most people, what with a non-aggression pact with the USSR and Neville Chamberlain waving that “Peace in Our Times” document in everybody’s face. Until he wiped his ass with both of them, there was at least a fool’s hope he’d stop at Poland.

The Rodgers-LaFleur War doesn’t even have that. It’s unavoidable. Sides have been taken. Borders established. Defenses set up. Battle lines drawn. And anyone who thinks Rodgers is going to be satisfied with merely winning the battle over calling his own audibles is at best naive, and at worst, ignorant of history.

I mean, consider for one second the imbalance of power here. To just keep beating this war metaphor to death, this is your classic example of Asymmetric Warfare. LaFleur is the former QB for the Omaha Beef and low level assistant at Saginaw Valley State, which sounds more like a series of Young Adult Romance novels than a football program. His first coordinator job was at Ashland, which I think is somewhere between Brockway, Ogdenville and North Haverbrook. Rodgers is nothing less than the most powerful player in the NFL. He’s got NBA superstar-level juice. The power to get Mike McCarthy fired. To sign the sweetest contract in pro football history, 10% higher per year than Matt Ryan’s that gobbles up the Packers’ cap space like Pac-Man dots. And he’s got the kind of influence all the money in the world can’t buy. The kind that makes other people get blamed for his failures.

With an imbalance like that, how can this possibly go well? Rodgers isn’t about to break the huddle knowing he only has one other option beyond the play call and it’s the other play LaFleur called. Not a chance in hell. Just read the way he talks about himself. Read him rattle off the names of the other (mostly more accomplished) QBs who get to navigate the ship and not just follow orders and you can just feel the sense of entitlement coming off the screen.

It’s going to be fantastic to watch it unfold. Every time Rodgers sees something he wants to do and does it anyway, in spite of the entire play design – the motions, the route combinations, the spacing – all designed to do one thing and he does something else entirely, it’s going to be pure entertainment. And I’ll be among the people reminding him that if he didn’t want to have to learn a new offensive system, he shouldn’t have gotten his old coach fired and his old system along with it.

Lastly, it’s ironic because I seem to remember there’s another guy Rodgers often gets compared to. Someone who’s sometimes called a “system quarterback,” despite going through what I believe are four coordinator changes in his career. And somehow has been able to succeed without ever telegraphing the fact he wants more power and control than he’s getting. What’s the expression I’m looking for? He. Does. His. Job. 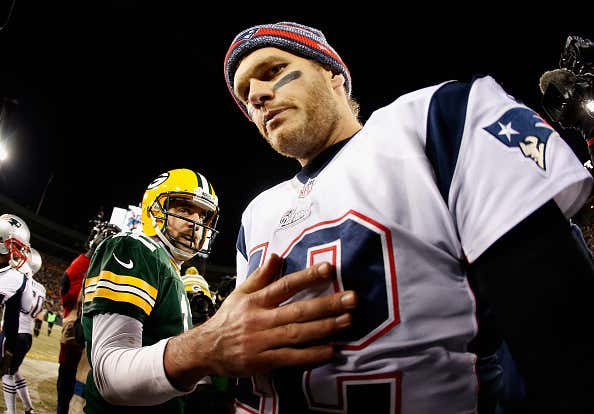 This Green Bay situation is going to be electric. The season can’t come soon enough.