OJ took over Twitter this weekend. No other way to put it.

Along with OJ’s rise on Twitter, parody OJ accounts took over. One of which, @killerOJsimpson: 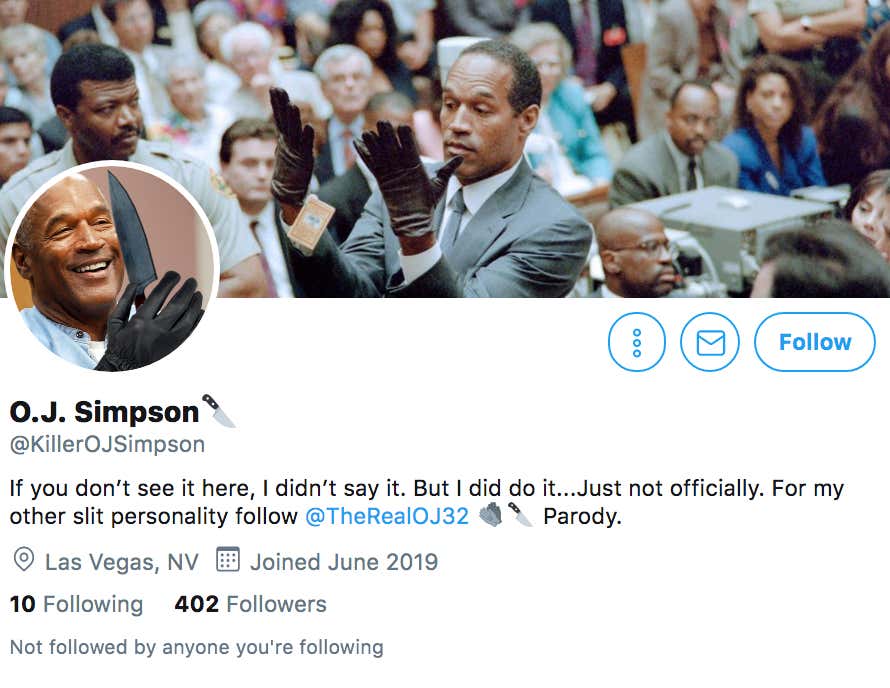 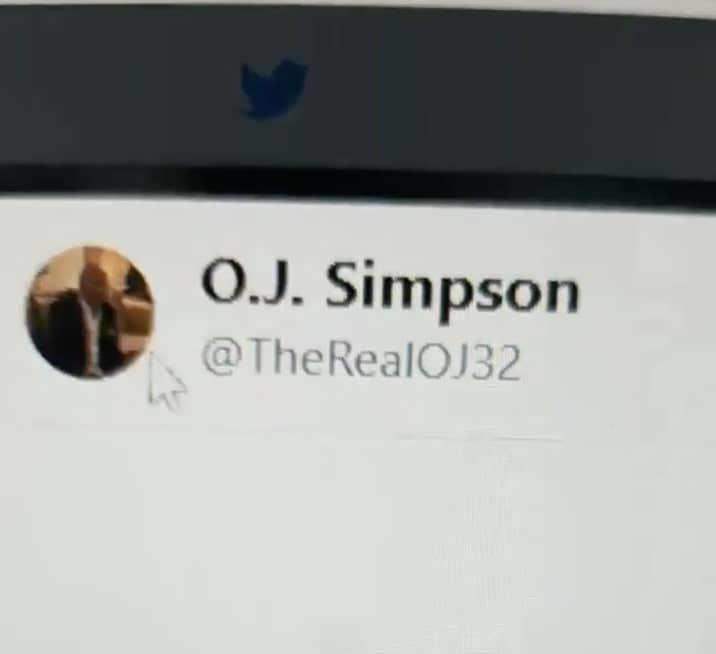 The big thing is that the account is not 0J32, but OJ32. This would’ve been a great way to fool everyone. 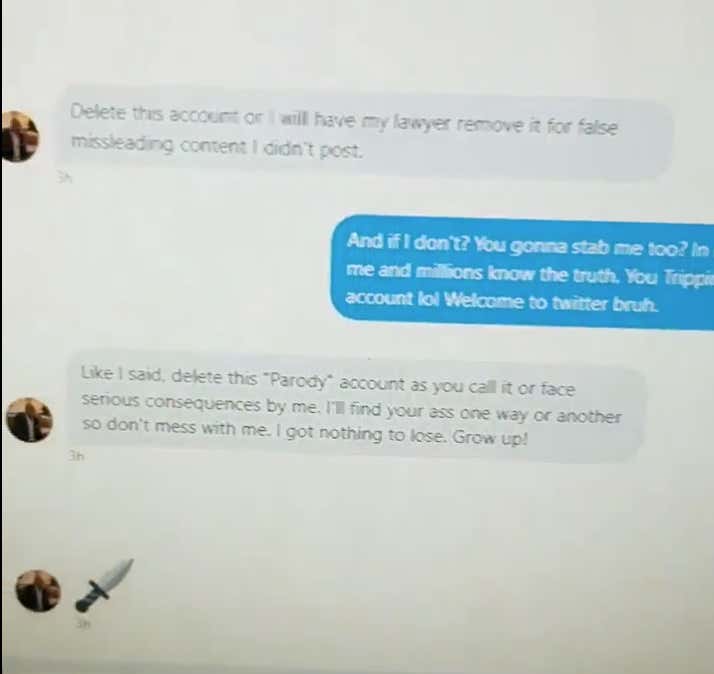 The big part, of course, is the knife emoji. OJ sent that emoji after the parody account sent it. 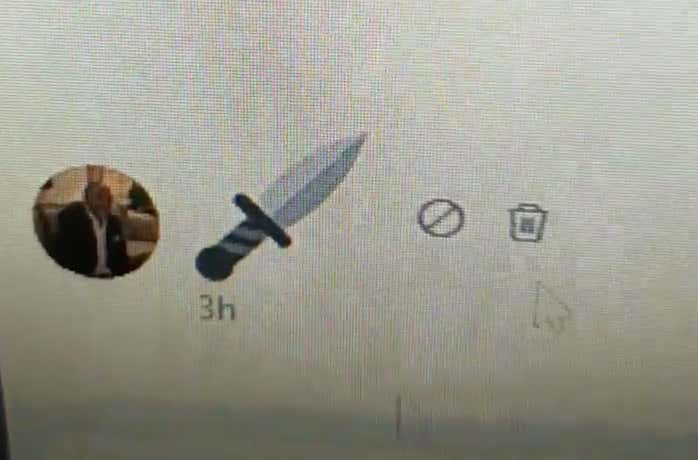 Now, this could obviously be photoshopped. Signs pointing to it not, include that the message is interactive as he moves his mouse: 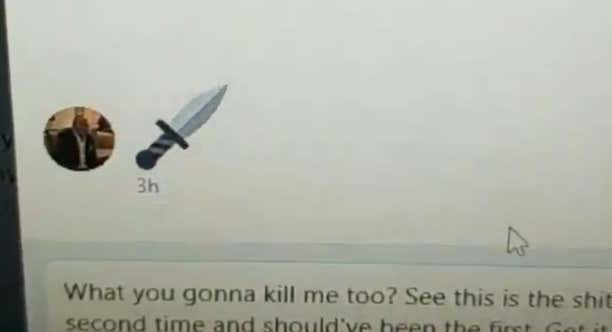 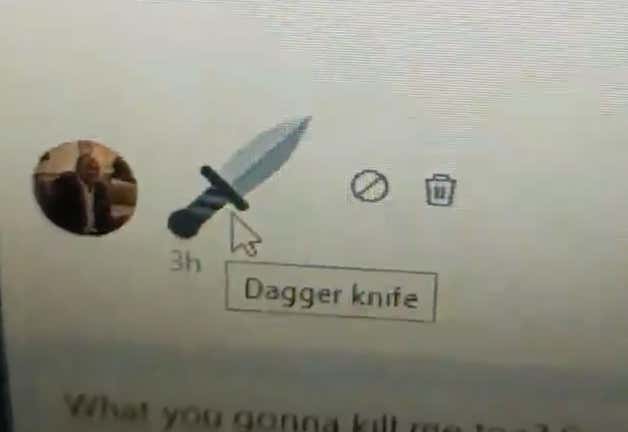 What points to this being fake? First off, OJ Simpson probably doesn’t know how to send a DM on Twitter, let alone send an emoji. Imagine him looking for the knife emoji? Would drive him insane.

I almost believed this whole thing before this tweet. As Neil McCauley said in Heat, “Don’t let yourself get attached to anything you are not willing to walk out on in 30 seconds flat if you feel the heat around the corner.” 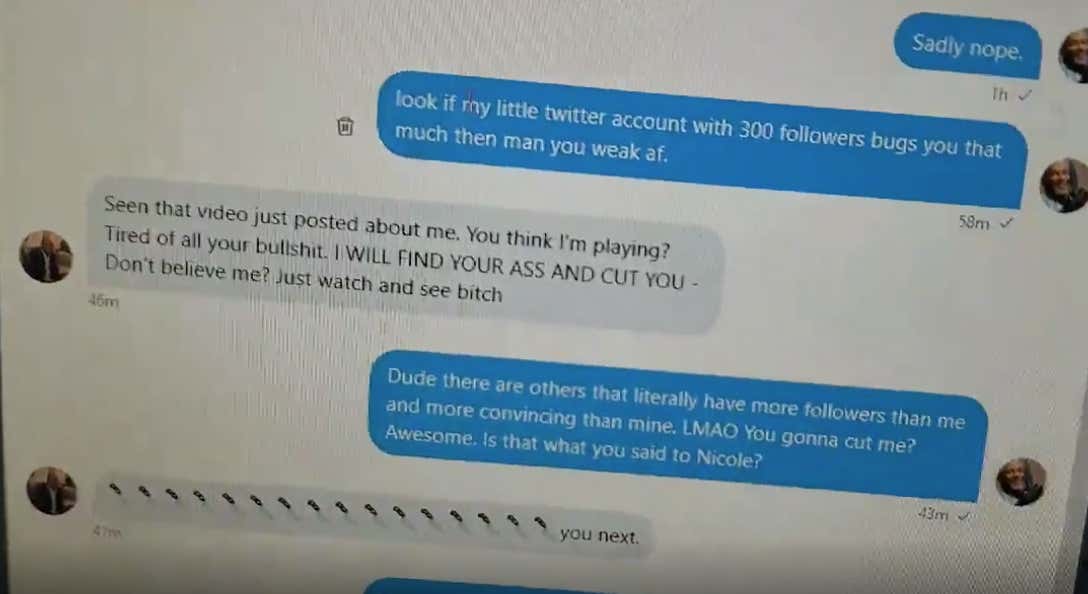 I guess we will know a little bit more if OJ does in fact “blast his ass” all over Twitter: 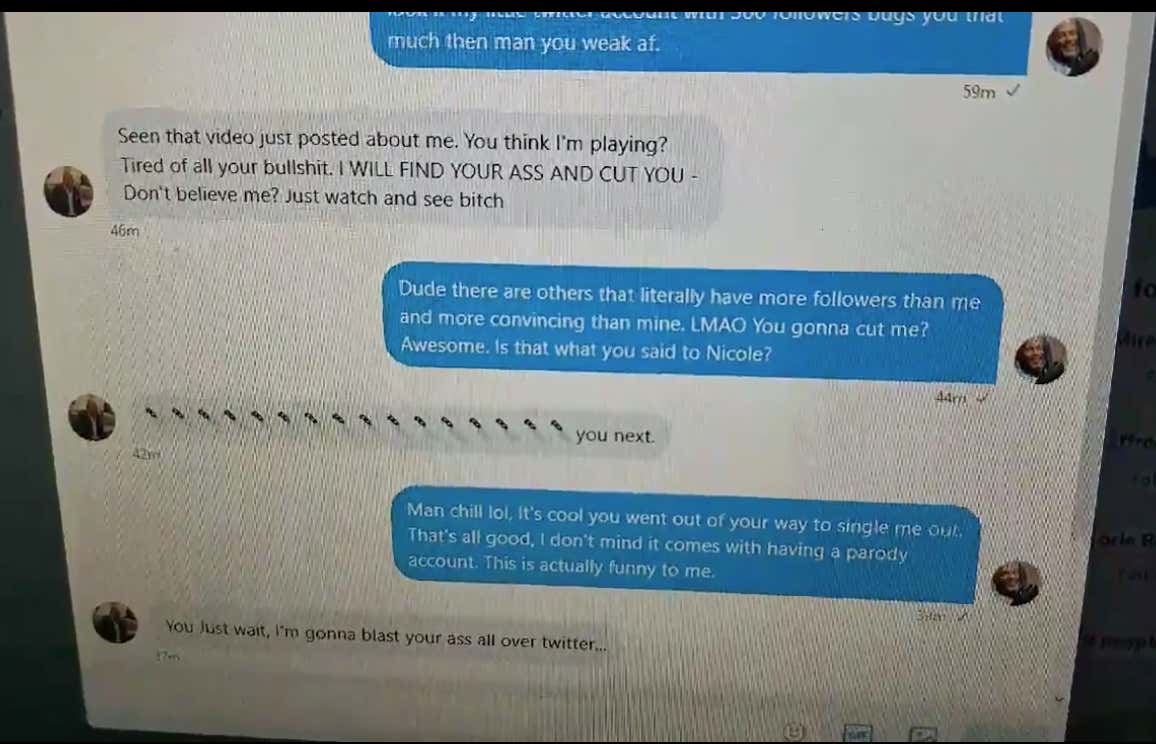 Who knows. It would be a hell of a photoshop if that’s what it is. I mean look at this interactive emoji!!

I’m sure Twitter will continue to do its investigating. I want it to be true, but that’s because I’m in it for the content and nothing else.