Was perusing around the internets this morning and came across this headline on the Daily Mail:

That’s a headline that’s gonna get me to click 100x out of 100.  Ya know why?  Because nature is the shit and that is a stone cold fact of life.  We humans are boring.  Sure some have nice tits and others can throw a baseball 91MPH but can we unhinge our jaws and swallow crocodiles whole?  Nope.  I can hardly eat an 18″ pizza throughout an entire day when I’m hungover watching 12 straight hours of football on Sundays in the fall.

That said, I’d like to just keep to people watching instead of housing gigantic pythons as pets.  That’s what this python is; a pet:

‘It’s common for them to eat pretty much anything if they can fit it in their mouth,’ she said.

Ms Jones added that the pythons can ‘unhinge their jaw’ to extend their bite – and it was was not uncommon for them to attempt to eat a crocodile.

Yeah, no thanks.  Now I’m not afraid of snakes, I’m more on team #fuckspiders because spiders are fucking terrifying, but I get those who are in fact afraid of pythons.  So if that’s you, don’t keep scrolling.  Thanks for the click anyways.  If it isn’t you, proceed.  Not sure why this asshole Aussie didn’t take a video of this savagery but that’s on him, not me.  I blog with what I work with.  Oh yeah, there’s also a bonus badass nature video ranking at the bottom: 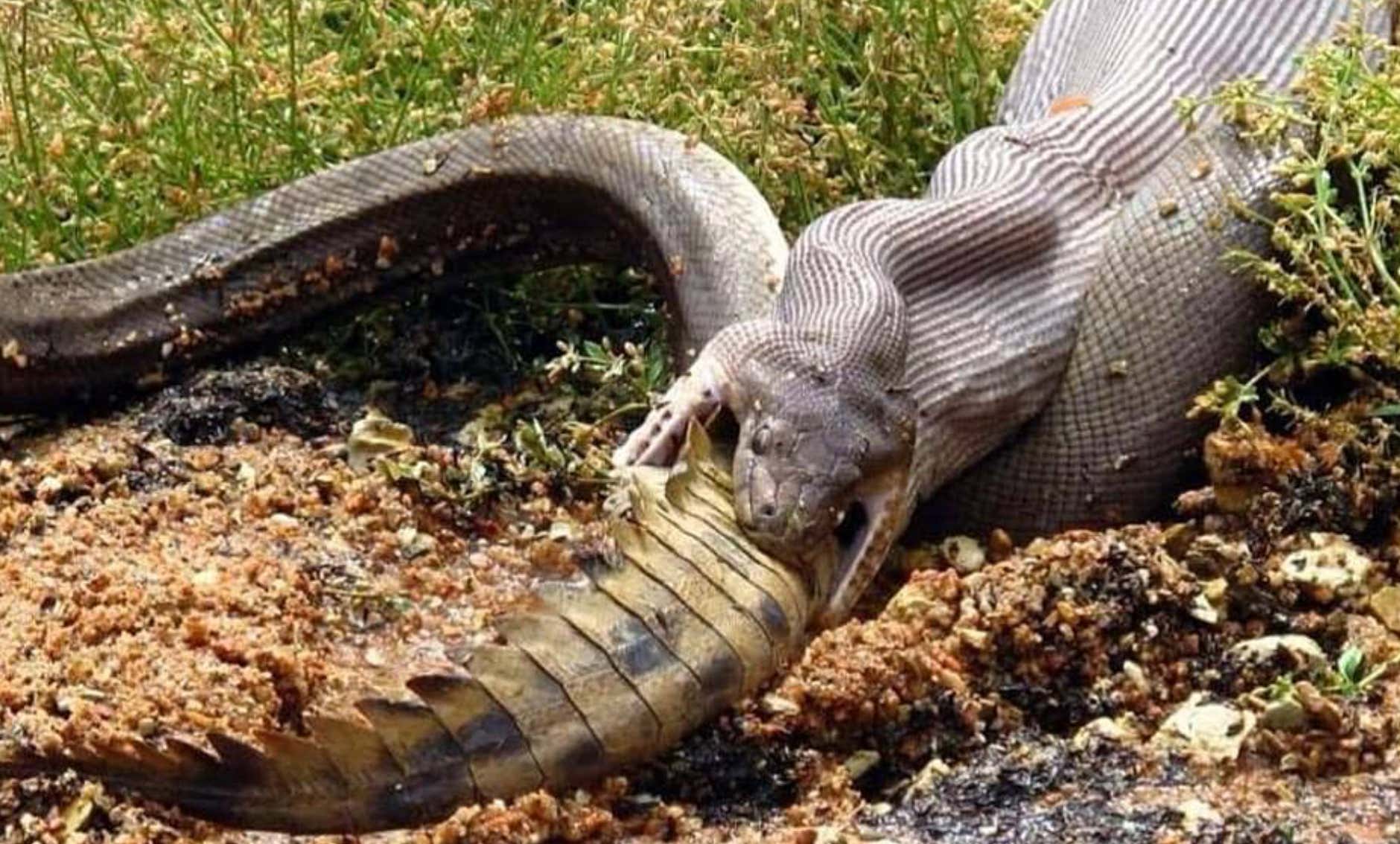 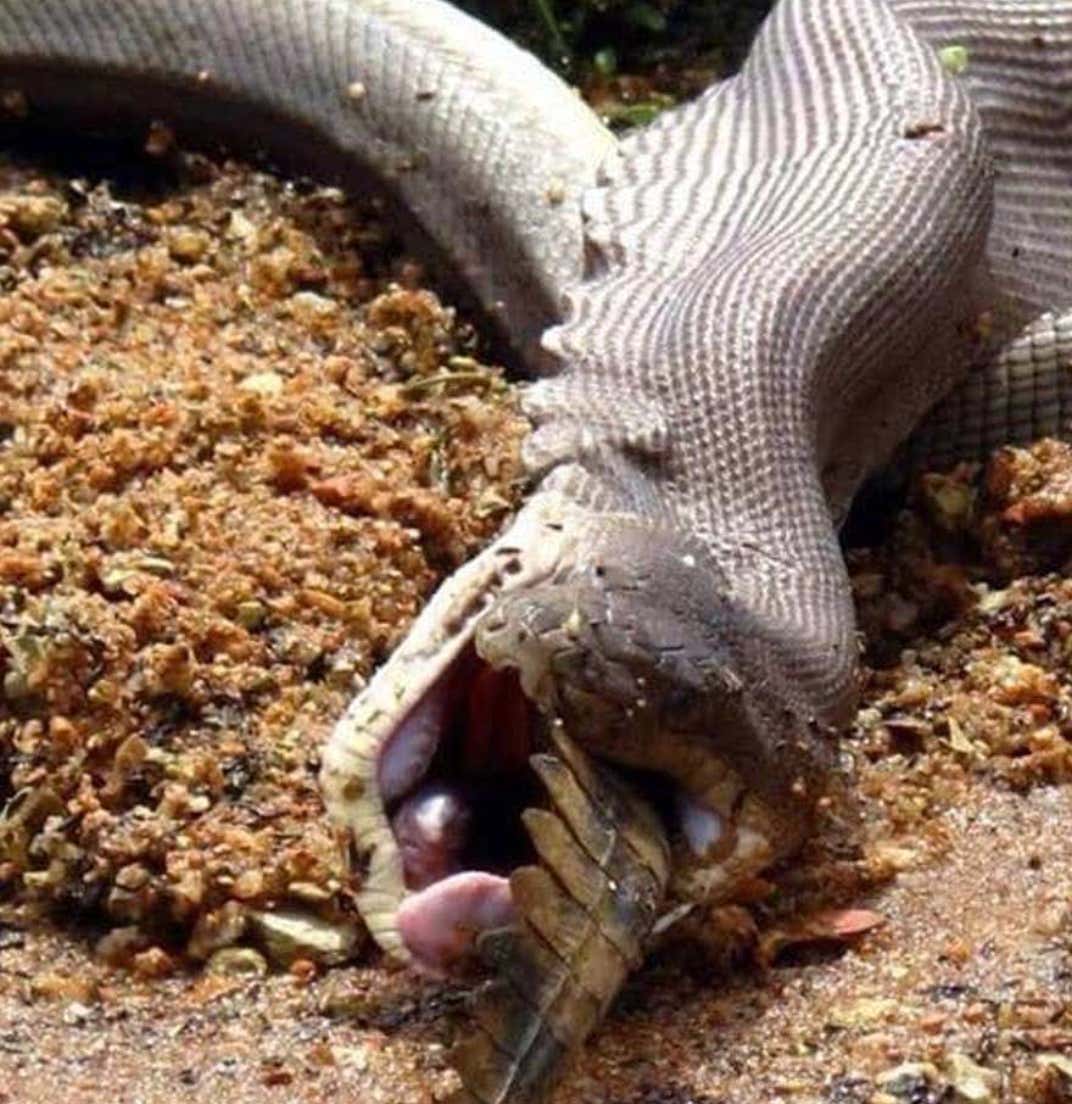 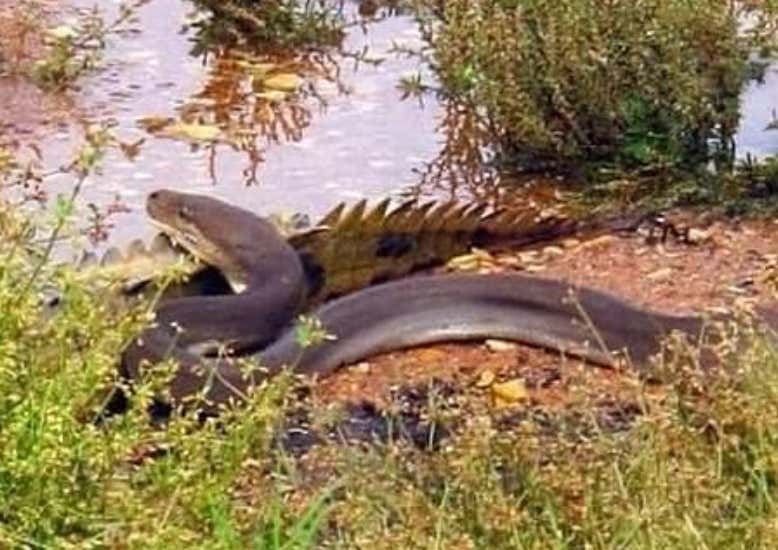 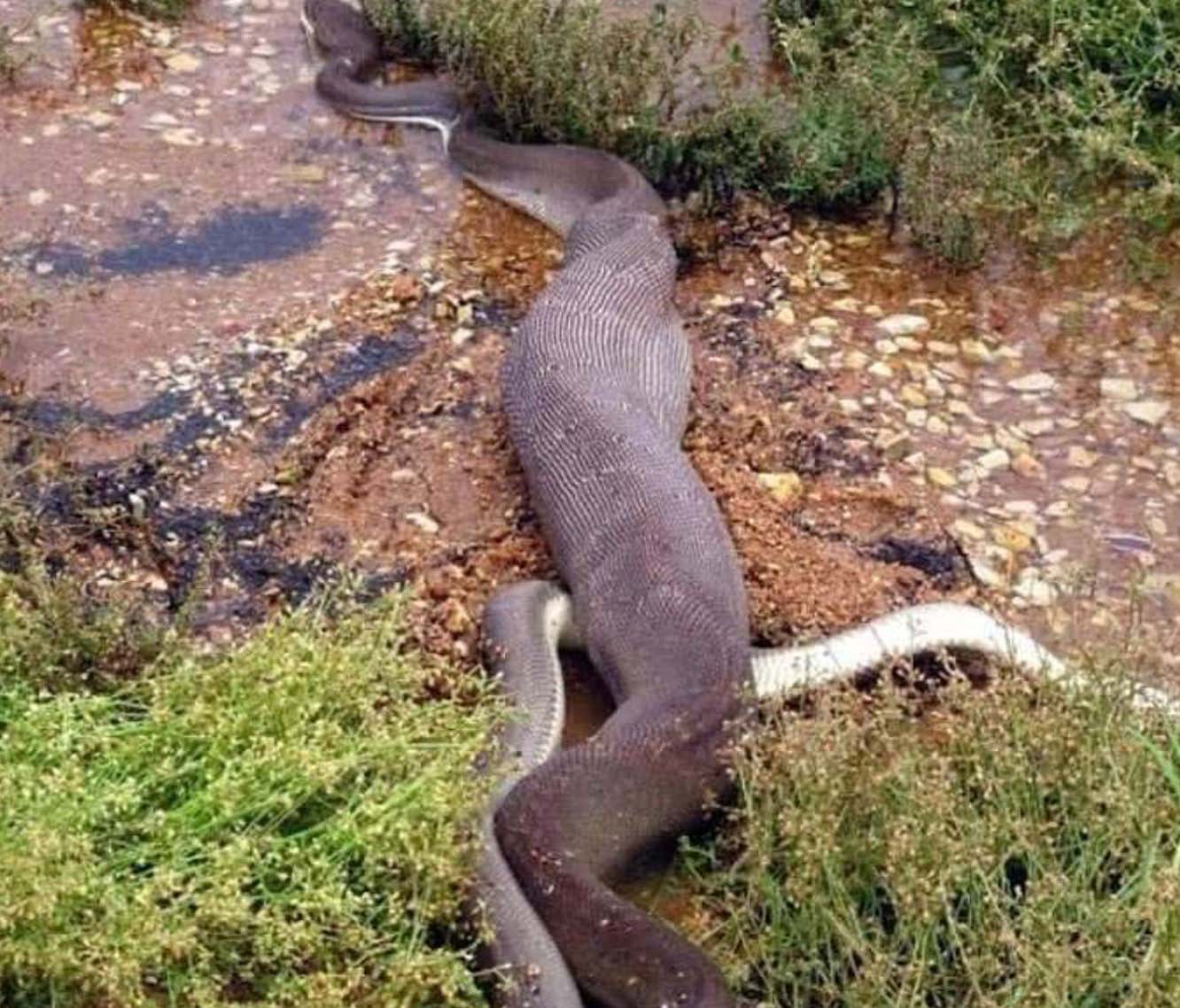 Pretty fucked up.  But here’s a few real, actual videos of nature’s badassness:

Easily the best scene in all of Planet Earth II.  I said I’m not really afraid of snakes but that doesn’t mean this scene didn’t have be breathing heavily while having borderline panic attacks while watching it.  Makes me appreciate living in a part of the world where our wildlife kinda sucks.  What do we have, deer?  That’s basically it.  Few birds of prey I guess but eh.  Nevertheless this scene was fucking awesome.

2. The Battle at Kruger

This video should be hung in the Louvre.  It has everything!  Lions vs. baby water buffalo vs. alligators vs. heard of adult water buffalos.  And if you didn’t find yourself on Team Lion or Team Alligator after watching it, you probably mix in waters at tailgates.  I wanted that baby buffalo ripped apart limb by limb.  If he didn’t want to get eaten he shouldn’t have been fucking around a water hole by a bunch of lions and alligators.  Fucking idiot.  He deserved to get chomped.

1. Penguin Finds His Wife Cheating On Him – National Geographic

I don’t have any commentary to add to this.  John Feitelberg wrote the perfect blog on it a while back.   It’s the perfect, I mean PERFECT nature video.  Just a penguin walking in on his wife getting stuffed by the mailman taking his baseball bat wings and trying to beat the shit out of the guy, only to get his ass kicked instead.  I don’t say the words “must watch” very often, but this is a must watch nature video.

I’m sure I missed a few and if I did just LMK in the comments.  These were the ones the popped out to me when I was writing the blog