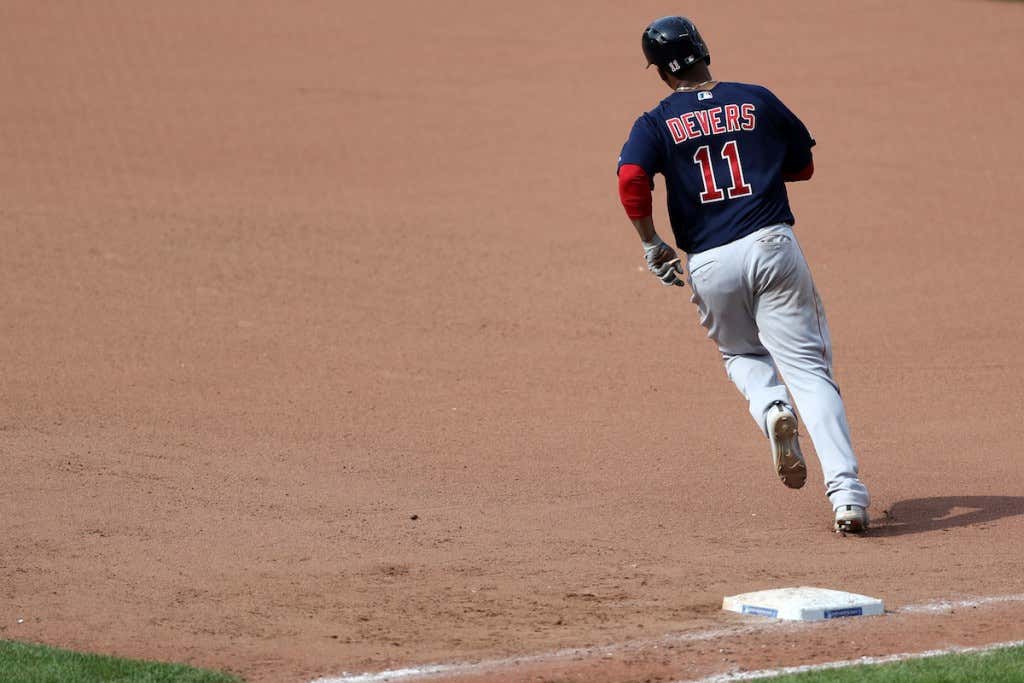 I’ve gotta be honest with you; almost losing a game to the Orioles feels like a loss. I’m not proud of this one, but the league still recognizes it as a win, so we’re gonna go with that.

In a game that came fifteen minutes shy of hitting the five-hour mark, the Red Sox finally swept the Orioles in Baltimore but it was not as easy as it should’ve been. Brian Johnson was fresh off the injured list, turning in three one-run innings as an opener of sorts. The Red Sox plated a pair of runs in the fourth on a couple of RBI doubles by Xander Bogaerts and Jackie Bradley Jr. and the game remained 2-1 in favor of the Red Sox until the 8th inning.

Jerry Remy kept saying on the broadcast how this game just didn’t feel right to him. He kept stressing the importance of insurance runs when the opportunities presented themselves, which is a given in any major league game, but less of a stress against the Orioles. I didn’t start feeling uneasy until Remy felt uneasy, and then his fears, which became my fears, came to fruition when the O’s broke through for a two-run inning in the 8th to give Baltimore a 3-2 lead.

It was one of those things where I was torn in my emotions because I should know better by now than to expect the Red Sox bullpen to hold a lead, but on the other hand, it was the Orioles. I didn’t want to be shocked, because this happens all too frequently, but goddamn, man. It’s the Orioles. I wasn’t ready to chalk this one up as a loss, though, because Baltimore’s closer was trotting out there in the ninth with an ERA north of five.

Then again, he’d be handed the bottom of the Red Sox order to start the frame, so I guess we’ll see what happens? Mychal Givens recorded the first out of the inning on a sharp line drive to right field to put Brock Holt away before Marco Hernandez strolled to the plate, who hadn’t homered in a big league game since 2016. Despite the statistical odds being against him, Hernandez crushed a 1-1 changeup over the fence in left-center and the Red Sox were back from the dead.

On to extras we go, and Rafael Devers had no plans of playing past the 10th inning. The 13-year-old smoked a 1-0 fastball to the same spot as Hernandez, only Devers’ homer traveled an astounding 458 feet. Thing was absolutely smoked. Since Devers homered for the first time this season on May 3, he’s got the seventh best slugging percentage in the American League (.587). What’s even better than that is that it’s not even the best slugging percentage on the Red Sox over that span. Not the second best, either. JD Martinez (.621, 3rd) and Xander Bogaerts (.594, 6th) are both ahead of Devers.

More often than not, a go-ahead homer in extras is good enough to put the O’s away, but the Red Sox kept piling on with a two-run base knock by Mookie Betts with the bases loaded, and a two-run base hit by Christian Vazquez to cap a five-run frame. They’d need it, because Josh Smith couldn’t recapture his closer form that he pulled out of his ass the other night, allowing three runs (only one earned).

I feel like a lot of Red Sox games have been ending with “Thank God” recently, but thank God the Red Sox held on in this one. What could’ve been one of the worst losses of the year ended as a nice little comeback victory to give Boston their fifth straight win. Since salvaging their series against the Yankees in the Bronx that Sunday night on June 2, the Red Sox have won 10 of their last 15 games, third best record in the majors behind the Braves and Astros.

The Red Sox did what they were supposed to do. The Orioles had no business coming that close to winning a game, never mind actually winning a game in that series. And they didn’t. But now the Red Sox face one of their tallest tasks this season when they square off with the Minnesota Twins, who come into play on Monday in a three-way tie with the Astros and Dodgers for the best record in the MLB.

In the opener, it’s Jose Berrios versus Rick Porcello. Berrios has some of the best stuff in the game, and he’s finally putting it all together this season, a scoreless inning away from a sub-three ERA for the whole year. The right-hander also comes into this start with a 2.08 ERA and 24 strikeouts in 26 innings over his last four starts. Porcello didn’t start off the month of June on the right foot with subpar outings against the Yankees and Rays, but rebounded his last time out with six and two thirds innings of two-run ball against the Rangers.