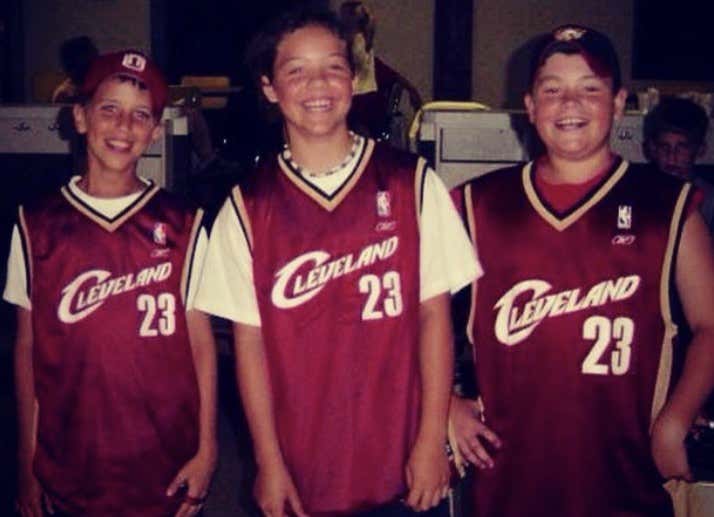 Sometimes, when I look through old photos, I think about all of the things I would do differently if I had the power to go back in time. You can play that game for hours upon hours, but it is dangerous. No matter how much you think about your mistakes, you can never go back and fix them. There is no changing the past. And the best you can do is spread your knowledge to others so they don’t fall like you did. And that is exactly what I am going to do right now for Lakers fans, even though they are literally the most obnoxious people on Earth.

Lakers fans, as a two-time ex of LeBron James, I wanted to give you a fair warning of what’s about to come. He stole this young boy’s heart twice, and I don’t want him to do the same to you. Sure, I know you guys have had him for a year, but the process that I know all too well has officially begun and you need to understand that before it’s too late. First of all, he’s going to ruin the morale of your team, which he has already done. That is why Brandon Ingram is so happy to be leaving the new favorites to win the championship.

Next up, he’s going to ruin the entire organization, which he’s already begun to do.

And his camp will get rid of the coach, too, even if he’s a good one.

LeBron James has come in and blown up the entire Lakers organization. Sounds terrible, right? But here’s the thing: that’s what he does. He blows up organizations, and he does one other thing. WIN. Oh yeah, the Lakers are going to win. They traded for Anthony Davis, and I bet they get Kyrie or some other huge name, too. That’s LeBron’s move. And with all of the money going to three players, then it becomes time for his next movie.

That’s right, baby. Here come his friends. He always takes care of his buddies (the only people that want to play with him). I wouldn’t be surprised to see Mike Miller and James Jones in a Lakers uniform next year. But again, there’s always a catch. LeBron James is not here for the long haul. He’s going to win and then get out. And then you’re stuck with his buddies and…….zero……draft picks.

And I know I’m not telling anyone something they already didn’t know. Everyone knows the Lakers are going to win it all this year, and they’ll continue to compete for titles each of the next three years. And it is going to be a CIRCUS while they do. Every time they lose, it will lead off First Take. Every time LeBron tweets, Colin Cowherd will tell you the cryptic meaning behind it. LeBron is INSANE and his camp will continue to stir and stir and stir. It will be EXHAUSTING to be a Lakers fan for the next three years. The media will act like the sky is falling when you’re the 4 seed going into the playoffs, and then you’ll find yourself in the Finals, again. Because you have LeBron. But when LeBron decides to pack up and leave for his next destination, which he will do, and you’ll hear about it for the two years leading up to it,  you’re become one of the bottom dwellers of the league. And all hope will be lost. I don’t care if you still have AD. LeBron will leave this franchise in ruins.

So as someone who has lived through it, the best I can say is to try and enjoy every minute of it. Don’t get pissed at the media. Embrace that they’re making up stories to talk about you. Don’t get pissed at LeBron’s circus ringleader like antics. Expect them. Don’t get attached to him though. He does not care about you at all. Watch every damn game you can, because you’re not going to want to watch any with the players he leaves you with. Make sure you get a championship, so you can at least say it was worth it. Oh, and don’t let the team offer you playoff tickets to lock you into season tickets for the following season when LeBron is an unrestricted free agent at the end of the year. It’s not worth it. That’s happened to me…..twice.