Look, I’m not from Boston. I haven’t seen many championships in my life. But someone needs to explain to me what the hell was going on in Vegas last night. After last week’s loss to the Blues, Bruins fans took to the clubs to celebrate their Stanley Cup loss. And who am I to knock a party? But Jesus Christ, this looks like the scene outside of Fenway Park after the Sox broke an 86 year curse to win the World Series. What are we doing here Boston? You lost game 7! 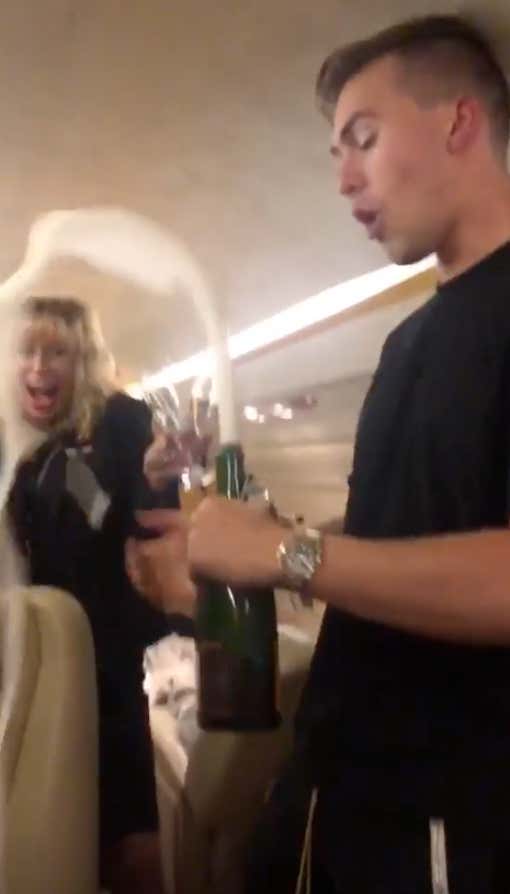 Partying with the Cup??? 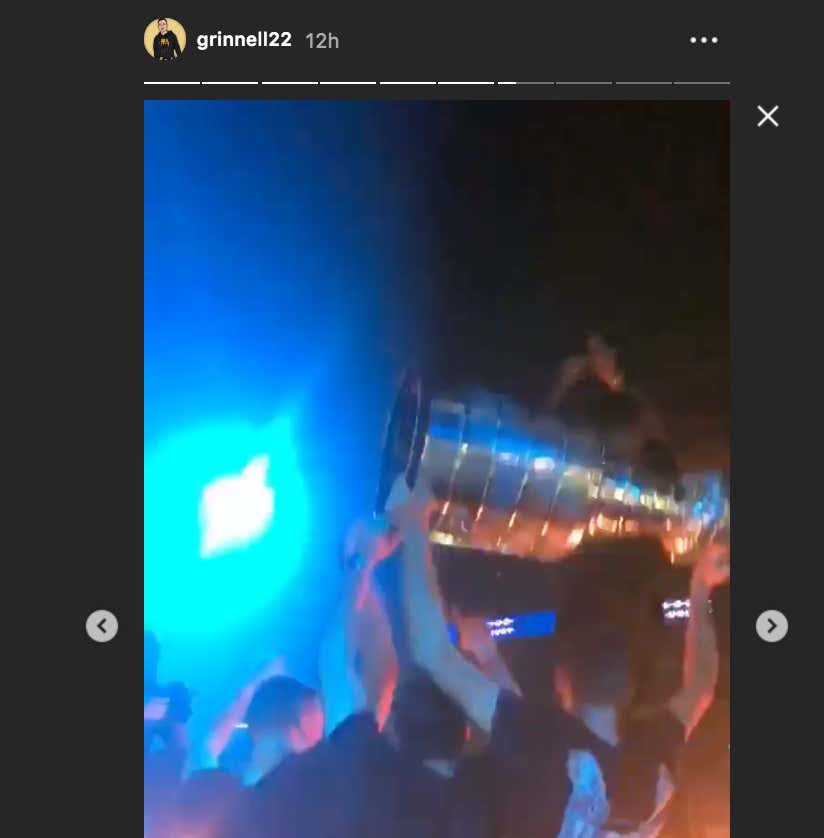 Fraternizing with the guy who just ripped the Cup from your hands??? 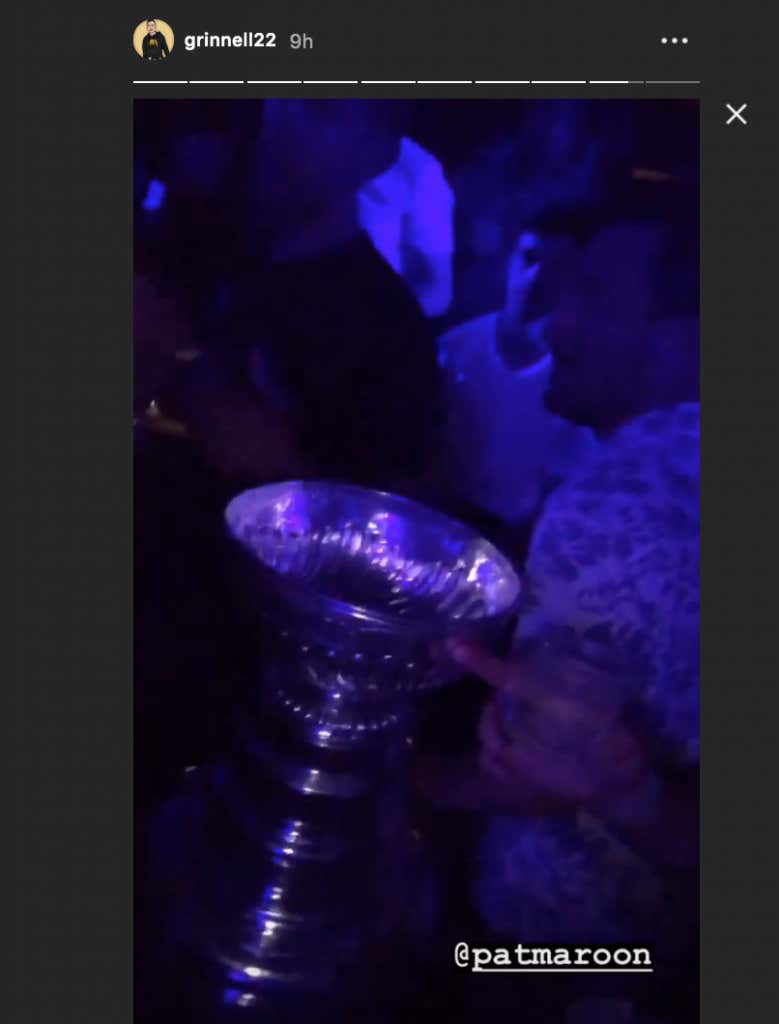 I mean the Bruins literally haven’t stopped celebrating since they finished the handshake line. I think they’re trying to out-party Ovi at this point, that’s how much they are celebrating losing the Cup

I have been team Bruins since the Caps got knocked out. Was on record as rooting for the Bruins to beat the Blues in the Cup. But I feel like a big dumb idiot after watching these videos. These fans are literally going bananas for a loss. What if the Bruins never win again and they celebrate losses forever? How dumb would they feel? 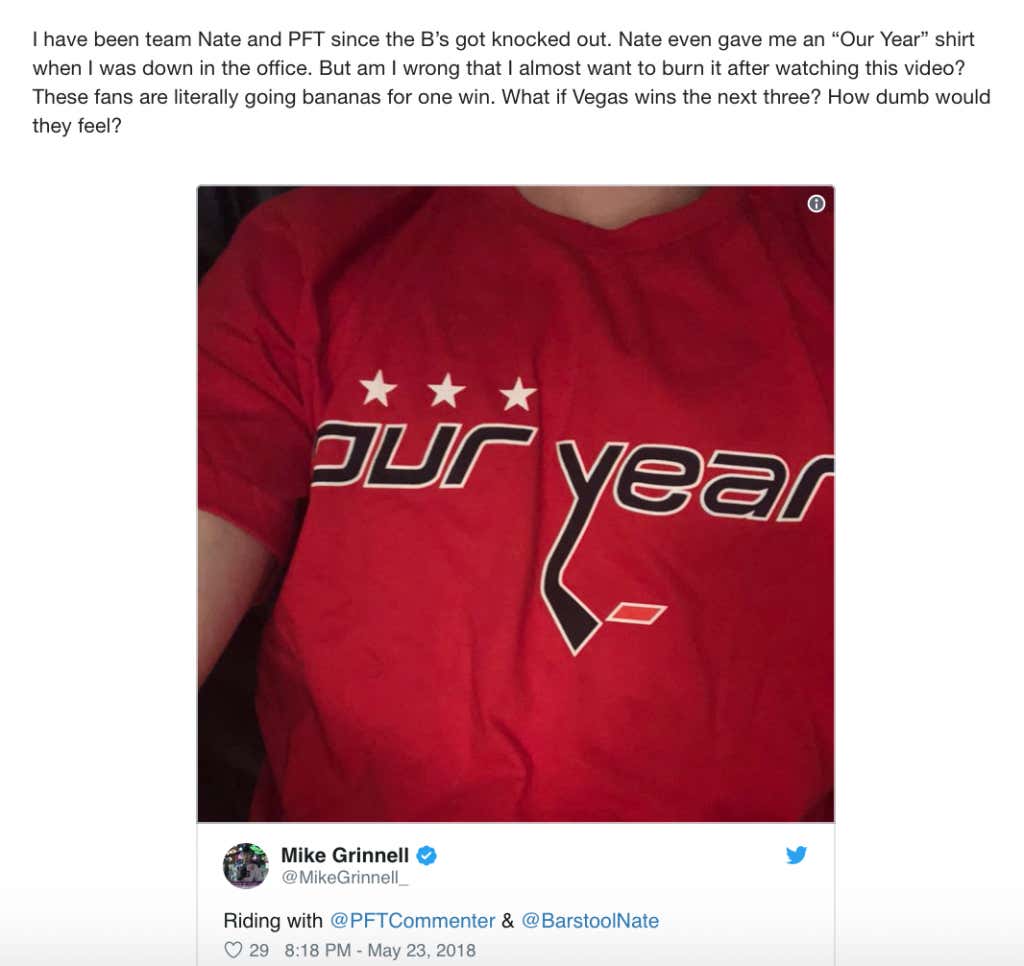 Maybe I’m wrong here. Maybe I’ve just experienced winning much more recently that I’ve forgotten what it’s like to stink. But my god Mike Grinnelli, take some advice from the great Coach Ted Orion, act like you’ve scored before. 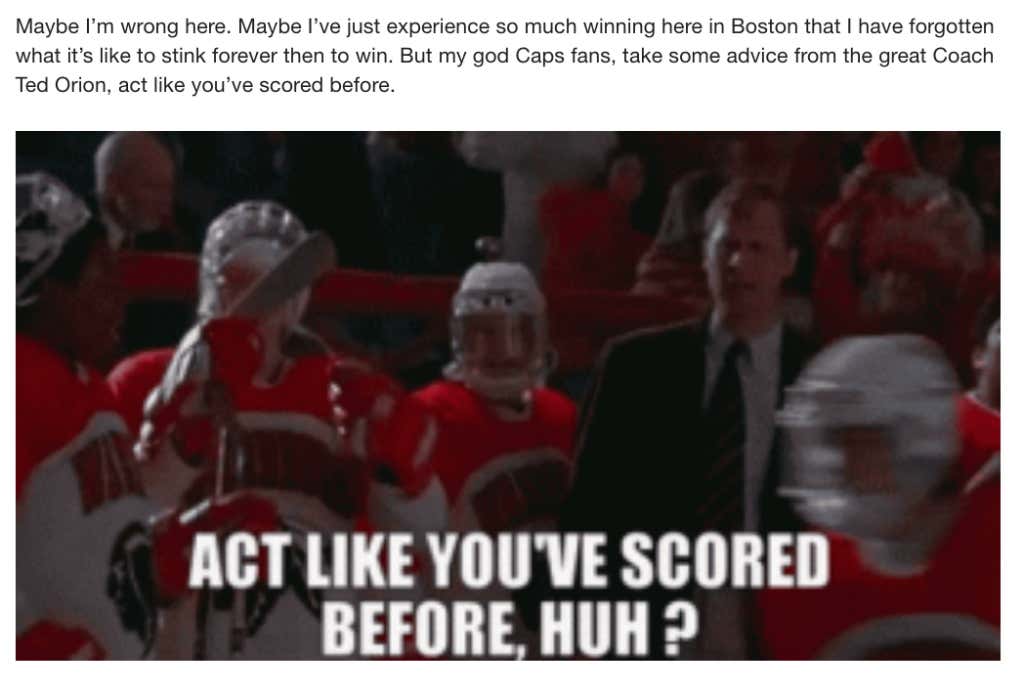 (This blog is a follow up to Grinelli’s “Someone Should Tell Caps Fans They Didn’t Win The Cup Last Night” after Caps fans were excited about our first ever Cup win.)

As a journalist, I reached out to Michael for a statement. It reads: “I did not touch the cup. I just celebrated with friends who earned it.”

Now I will say this- I did this blog in jest because I honestly believe that when someone offers you a private jet to Vegas to party, you take it. You absolutely take it 100% of the time, and that’s what he did. So I don’t fault or blame Mike for any of this. Partying is awesome. It’s why me and PFT popped bottles at the Caps bar after winning game 4. Because it’s fun. Having fun is so much fun. So let this be the end of fun-shaming. Take those once in a lifetime opportunities to rage, because you never know when you’ll be back again. Caps fans celebrated winning game 2 of the Cup because HOLY SHIT WE JUST WON A STANLEY CUP GAME FOR THE FIRST TIME EVER. That’s how life should be. Take advantage of any and all opportunities.

Unless you’re Brad Marchand partying like an asshole with goggles on while a banner reads “Congrats on a Great Season”. Now THAT is embarrassing. 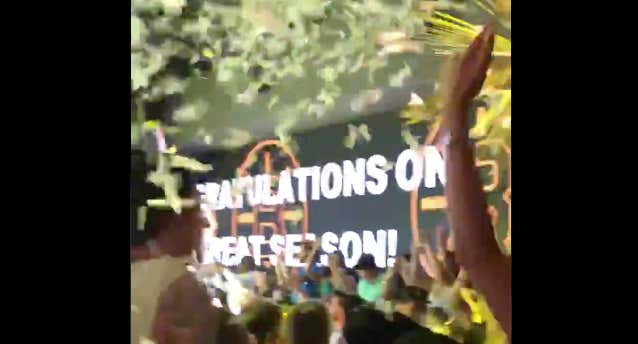 Imagine if Ovi did that? After losing? Oh my god, the takes.