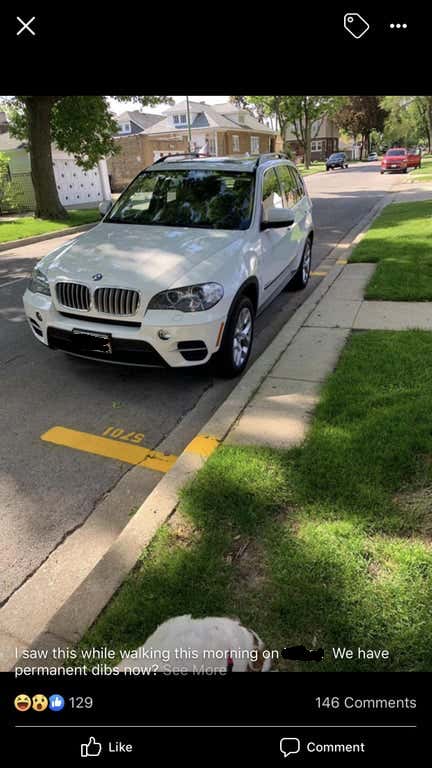 The word power move is officially off the table.

Shut it down. There will be no type of move that can even equate to how big of a power move this dude in the X5 pulled here in Portage Park. It just takes such a level of not giving a fuck/cockiness to go to Sherwin-Williams and buy some of their very best paint to paint your damn address onto a public street. He actually did a pretty damn good job too. The line looks pretty straight and the address is very legible. Almost makes me think that he’s done it before.

I guess the question is – is this OK to do? I tend to say no, but if he’s on one of those streets that intersects into a busy street and constantly has 3 flats jacking his shit then maybe I understand? I mean not really, but at least I’d understand his point of view better. However, if he’s one of those dudes that doesn’t use his garage for his cars and uses it for storage or a “man cave” then I instantly hate him. Just a horse shit move every time from those types of people unless your block has a surplus of parking somehow.

Either way…wild move that I’m interested to hear everybody weigh in on.