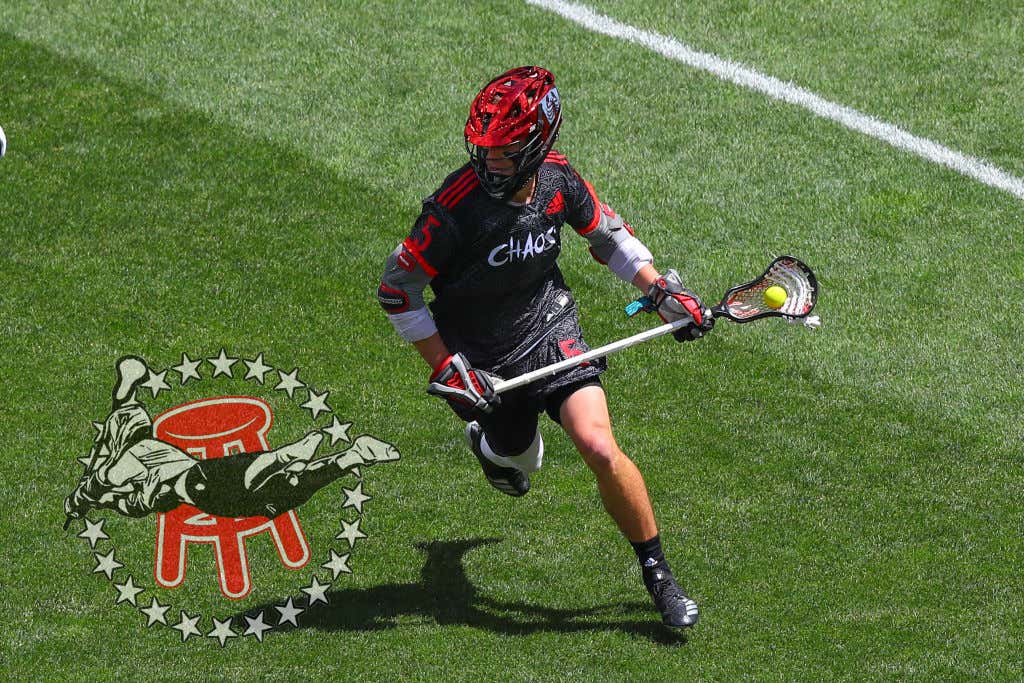 Connor Fields has been lighting the lacrosse world on fire for years at this point. But it’s a little different putting up ridiculous highlights at Albany compared to putting on an absolute clinic in the Premier Lacrosse League in a game that is televised on NBC. It was actually the most watched professional field lacrosse game in the history of history, not a big deal or anything. So on the biggest stage professional field lacrosse has ever seen, Connor Fields decided to go full sicko mode and scored two of the nastier goals we’ll see all summer.

Those goals were beyond disrespectful, and I just hope that he apologized to everybody who was harmed in the making of those highlights.

Anyways, Connor was able to take a quick break from clowning defensemen to join us on the podcast this week. We talked about breaking the internet, how he played pretty much 2 full seasons at Albany on a torn ACL, beer league hockey and more on this week’s episode. And as for the rest of the episode–we had our week 2 recap, some segments that include Greaser of the Week and a trip to the Gear Vault (shoutout to anyone who ever used a Harrow shaft), and our PLL week 3 preview.

For the Android crowd, you can listen to this week’s episode right here on SoundCloud:

The Redwoods are probably the one team in this league that the first thing you can talk about is their defense. They’ve got some assassins down there who are deadly with their sticks.

Their poles are all weapons in transition, and then they’ve got Tim Trouter in cage who has been the most exciting goalie to watch in this league so far. Which is crazy considering he’s only about a month out of college. So that end of the field is going to be where most of the action is tomorrow. I still think that Chaos offense looks too good right now for anybody to shut down, but it’s still super early in the season so nobody knows how these teams will all match up so I could end up looking like a total jackass by the end of the day tomorrow. Which isn’t too out of the ordinary.

Battle of the unbeatens here. Not sure if you guys know how records work or anything like that, but by the end of tomorrow there will only be one undefeated team left in the PLL. How’s that for parity?

As for this game, well it all goes back to that tweet above. Ryan Drenner will be gracing Seatgeek Stadium tomorrow afternoon in a pair of Yeezy cleats. What’s the significance of that? Well the age old saying goes “look good, feel good, play good”. Clichés are annoying, yes, but they’re clichés for a reason. And that reason is because they’re proven to be true. So with Ryan Drenner throwing on a pair of Yeezy cleats for this game, he’s going to look great. And if he looks great, well then he’s going to feel great, and if he feels great then he is going to play great. So many of these games are all so tight that they come down to just one or two little difference makers. This could be the biggest difference maker tomorrow. If we see an extra goal or two out of Ryan Drenner because he’s got some extra large drip going, then that puts the Whips over the edge.

Now that’s not to say that the Archers don’t even have a chance here. I think out of all the teams in the league, the Archers have the crispiest look. The uniforms are super clean and they have the best built-in celly in the game.

They’re not a team that needs to break out any extravagant measures like Yeezy cleats to look good.  Plus they’ve got some big time weapons offensively like Marcus Holman, Will Manny and Tom Schreiber who can all load up the back of the net with rubber. But I’m still leaning towards the Dripsnakes in this one.

First of all–congratulations to Connor Buczek on being awarded the Greaser of the Week for week 2.

It’s kind of crazy to see the impact that Connor Buczek had on the sports world this past week. I mean everybody saw the guy dislocate his shoulder, pop it right back in on the sidelines, and then immediately get right back onto the field to drop the hammer on a 2-pointer last Sunday. So after that performance, it inspired Kevin Durant to get back out on the floor to play injured, and it inspired Klay Thompson to get back out there after tearing his ACL last night to drill a couple of free throws.

Now this game on Sunday is going to be really interesting. Because I feel like when the rosters were initially announced, a lot of people looked at the Atlas as the favorites in the league. I mean all of these rosters are obviously stacked but in terms of names that people recognize the most, the Atlas looked loaded. And now there’s a possibility that they start off the season 0-3. One of these teams on Sunday is going to come away with their first win of the season, and it just seems like the Chrome are a little closer to finally snatching that first dub. Both of their losses so far have come in overtime so they’ve been right there the whole time so far. And I think the chemistry on that team is just a little more solid considering so many of those guys have either played together before or they’ve coached one another or whatever. Right now–to me at least–it just looks like the Atlas are trying to figure out what exactly it is that they do. A team like the Chaos has so many different types of players offensively but they all fit together nicely. The Atlas also have a ton of different style players on their roster but it’s just more of “hey, go beat your guy 1v1 and we’ll see what happens from there”.

Like I said, the Chrome have gone down in overtime in both of their games so far this season. So I think we’ve waited long enough and have been close enough to see Connor Farrell’s first win. The Milk Man gets it done on Sunday.

*All gambling lines via Inside Lacrosse*

Now go out there and have yourselves a weekend, boys and girls.