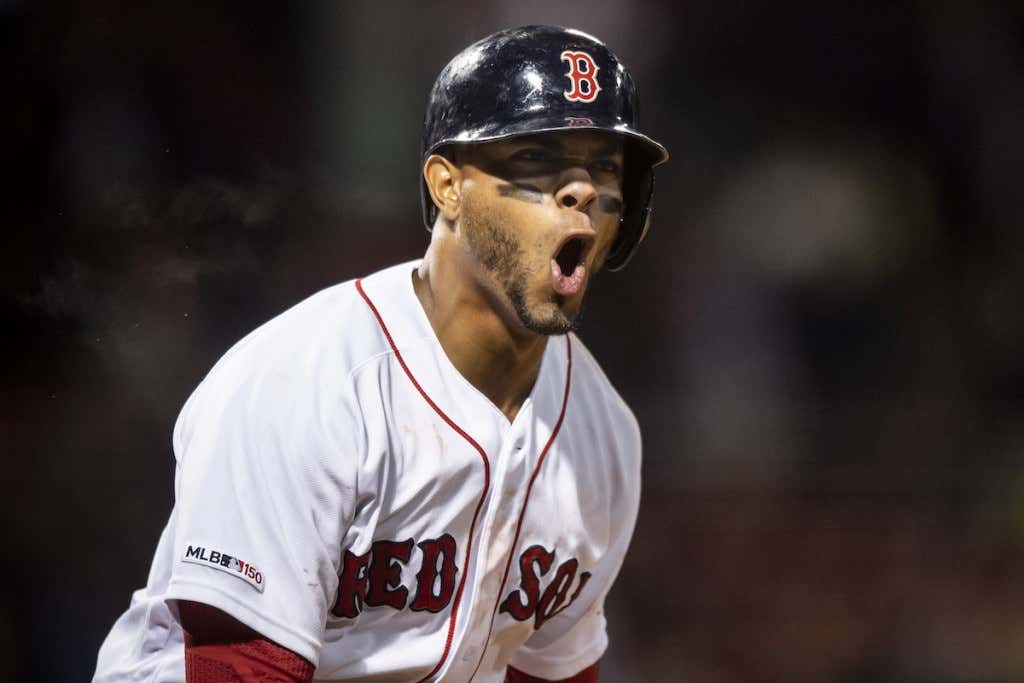 We try to keep it light here, as positive as we can be, but I’m admittedly growing tired of talking about all the series that the Red Sox have been salvaging. They’ve won one series since May 24 and it was against the Kansas City Royals, currently the second worst team in baseball by one game. Pick it up.

Anyways, Thursday night was a positive result so we shall focus on that. This four-game series with the Texas Rangers, who sit ahead of Boston in the Wild Card standings by a game, didn’t start off so hot. Texas took the first two in fairly demoralizing fashion, but the Red Sox battled back with a walk-off victory on Wednesday, setting themselves up to split the series in the finale. As you know, they ended up doing that, but it’s still not good enough. The Red Sox need to play better at home. The win on Thursday only improved their record at Fenway Park to an even 17-17. That’s not good enough. Not with this offense.

David Price has been outstanding this year, carrying a 1.88 ERA over his previous nine starts into Thursday, but suffered his worst outing of the season against Texas, a lineup that was littered with hitters who had excellent numbers against the left-hander coming in. Price managed to record just four outs, surrendering six runs before departing in the second inning. Alex Cora was then forced to turn this game over to his bullpen, which hasn’t been very good outside of a handful of arms.

To everyone’s surprise, they were nails. Seven relievers appeared in this game after Price’s departure and not a single run was scored after Price left the game. Rookie Mike Shawaryn had the longest outing for a Red Sox pitcher at two and a third scoreless, followed by Colten Brewer, Travis Lakins, Marcus Walden, Brandon Workman, Matt Barnes, and — wait for it — Josh Smith for the save. We’ll get to that in a second. An important name was omitted there, that being Heath Hembree, but first there had to be a game needing to be saved before we could even discuss who gets the ninth.

JD Martinez got the Red Sox on the board with a solo homer in the bottom of the first, and that set the tone for the rest of the night — homers. Trailing 6-1, Jackie Bradley Jr. hit a three-run bomb in the second to make it 6-4, Michael Chavis hit a sky-scraping dinger into the Monster seats in the fourth to get Boston within a run, Rafael Devers murdered a game-tying blast to dead center to tie it in the fifth, and then Xander Bogaerts absolutely pissed on an 0-1 slider in the seventh to give the Red Sox a 7-6 lead.

Despite dealing with a back injury that he’s playing through, JD Martinez is still chugging along to the best of his ability, hitting .291 with a .964 OPS over his last 13 games. Jackie Bradley Jr. continues to quietly swing a hot stick, as he’s now finally reached the Mendoza line for the first time since April 1 out in Oakland. Since May 20, Bradley is hitting .307 with a 1.056 OPS, 6 homers, 8 doubles, and 14 RBI in his last 23 games. Michael Chavis has been scuffling for a little while now, as that was his first homer since May 22 in Toronto.

Rafael Devers continues to establish himself as one of the best hitters in the league, hitting .310 with a .912 OPS, all of his 10 homers, 13 doubles, 2 triples, and 39 RBI in 43 games since April 25. And then you have Xander Bogaerts, who better fucking be in Cleveland for the All Star Game. For the whole year, he’s hitting .295 with a .910 OPS, but since May 17 is hitting .343 with a 1.027 OPS. Over that span, Bogaerts is fourth in the American League in hitting, sixth in OPS and slugging.

Now, to that ninth inning situation we previously discussed. Cora deployed his entire bullpen throughout the game, leaving Josh Smith and Heath Hembree out there with the ninth inning still to go. Of course, it seemed like a no-brainer that we’d see Hembree with the one-run save. Hembree has been nails for a while now, posting an 0.52 ERA with 25 strikeouts in 17.1 innings over 20 appearances since April 25. He’s allowed one earned run over that span. Uno. Of the 142 relievers who have made at least 15 appearances since April 25, only five of them have allowed one earned run or fewer over that span. 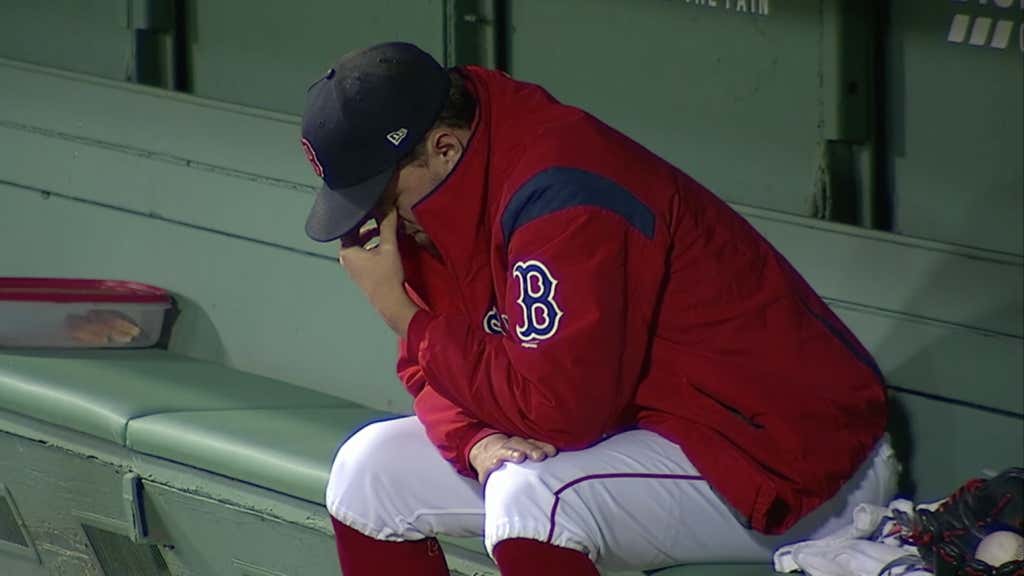 With all of that in mind, it was Smith not Hembree who we saw in the ninth. It was later revealed that Hembree was experiencing forearm tightness, which resulted in the right-hander not being used in this one. Hembree maintained after the game that it was a non-issue, but it’s definitely something to keep an eye on. Having not saved a game since his time in Triple-A, Smith went out there and hit the first batter he faced on the second pitch he threw. He then buckled down to get the three outs to secure his first major league save and a Red Sox win.

The way this season has gone, that had blown save written all over it, but thank the Baseball Gods for giving the Red Sox a break in this one. It’s a series split for Boston, who picked up a game on Texas in the Wild Card standings, which I’m not crazy about paying attention to this early. More importantly, both the Yankees and Rays lost, so the Red Sox once again sit 6.5 games back of first place.

The division race ain’t over yet, folks. The Red Sox haven’t played their best baseball yet, and some of you may think they never will. That this is just who they are. But that’s pessimism. You and I both know they’re better than how they’ve played to this point. Stay tuned.

PS — Steve Lyons said after the game, something like, “Who even is Josh Smith?” Valid question, because my original blog had him as Joe Smith. That’s how unlikely a save being recorded was in this game.