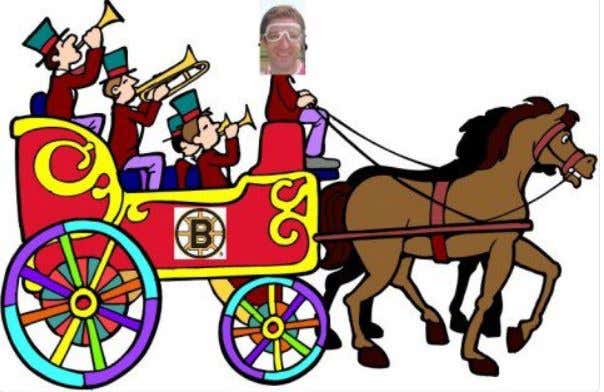 It all started April 11th. Over 2 full months ago. 24 games in all. I watched every single one of them start to finish. Beating Toronto in 7. Winning 8 straight to march into the Finals only to lose Game 7 last night. There were ups and downs like only the NHL playoffs can provide. I got in a fight with a mascot named Stinger.

I was assaulted by a towel in St. Louis.

We made national news for having our names on towels in Boston.

Chara got his jaw wired shut. Papi got shot. Back and forth from Boston to St.Louis to Boston we went. And now it’s over and we have nothing to show for it. All those games, all the emotions for nothing. It’s bleak today in Boston and it’s bleak for diehard playoff Bruins fans like myself. To fight and battle that long to come up empty in the end. It’s almost too much to withstand. It almost makes me wish I was an one of those weird emo guys who doesn’t like sports and doesn’t live and die with this team in the playoffs. But I guess that’s the beauty of sports. The highest of highs and the lowest of lows. I just can’t believe there will be no hockey in Boston until next April. It’s a bitter pill to swallow indeed.