On June 7, at an as-yet-undisclosed location, a group of 15 to 20 women will have the chance to meet, become acquainted with and potentially date a wealthy, Latter-day Saint mystery bachelor.

Drivers on Interstate 15 may have already noticed the billboards in Salt Lake and Utah counties promoting the event, featuring the image of a hand holding out an engagement ring and the words “LDS Millionaire looking for his wife.”

The matchmaking event is real and sincere, said Erin Schurtz, a dating coach who co-created the June 7 meet-and-greet on behalf of a client she declines to identify, but who she says is looking for love.

2500 women applied for this “matchmaking” event.  2500!!!  It’s truly beautiful; likeminded people who want to find their soulmates are competing for the heart of one lonely Mormon man.  Erin Shurtz calls it “real and sincere”.

Oh what’s that?  The operating term on the billboard is MILLIONAIRE?  Ya don’t say!  And just when I thought Mormons were the nicest people on earth.  Kinda like how South Park portrayed them: 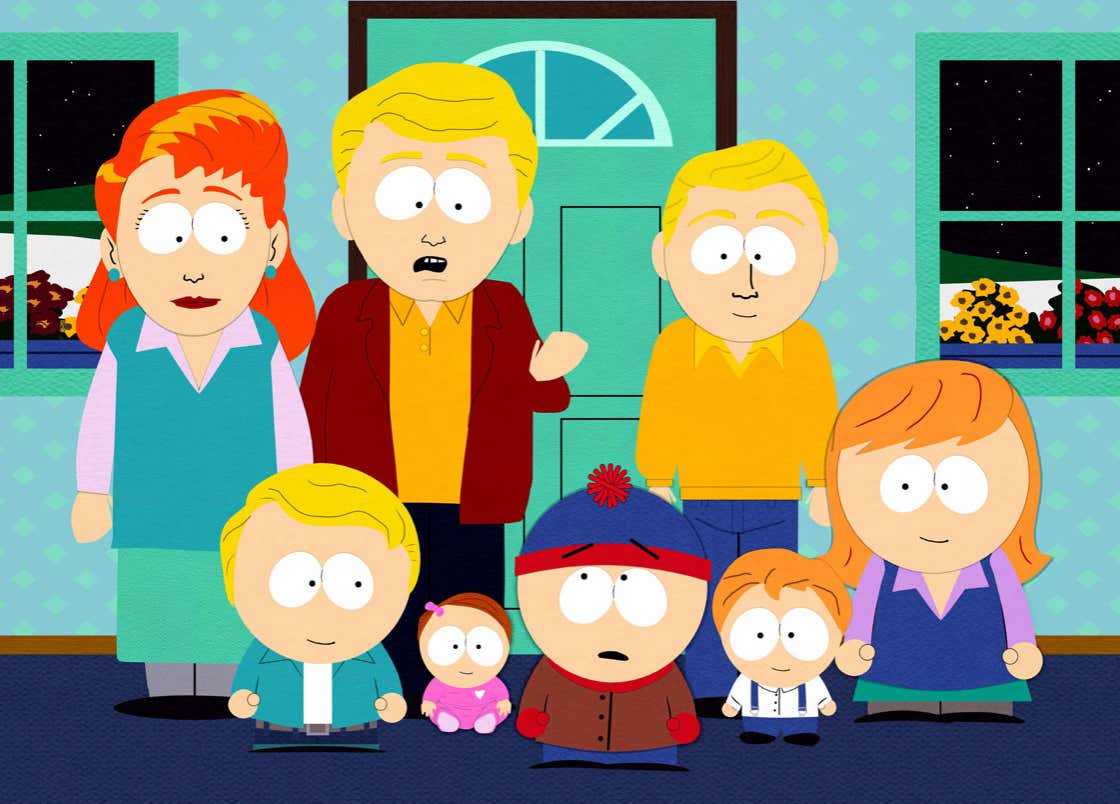 Nope.  They’re just like the rest of us.  Which is fine – just don’t piss on my head and tell me it’s raining, Mormons.  Not a great look for ya’ll.  Not a great look at all, even though he was apparently giving powerpoint presentations to the entire group: 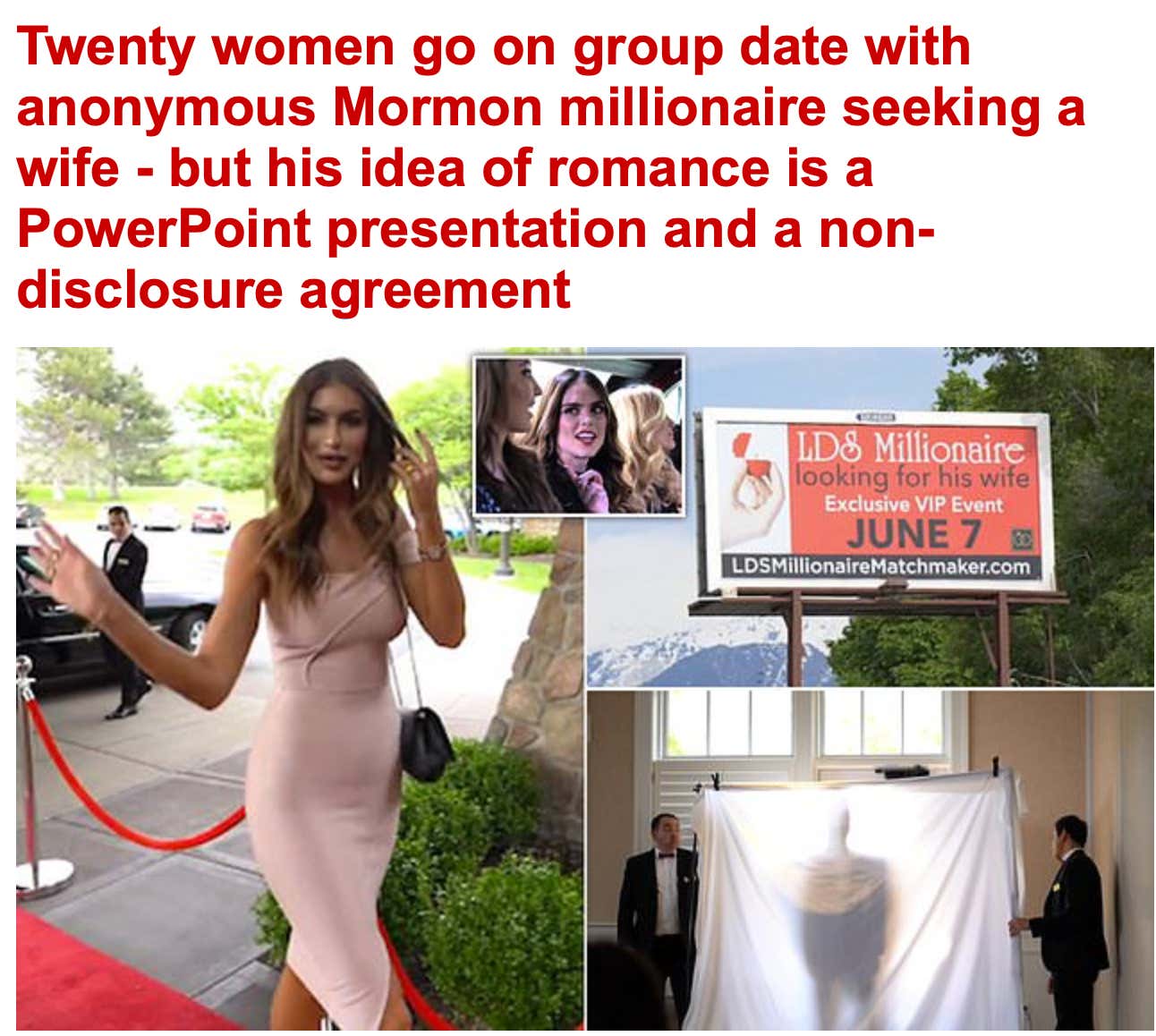 Pink dress can get it!

A powerpoint date sounds like the most mormon thing ever.  That said… you’re supposed to be like Canadians, Mormons.  Just really nice people without an asshole bone in your bodies.

But this story gots me to thinking.  How many women would have applied if the billboard said “LDS $40,000/year-aire is looking for a wife?”  I’d give it like 2-3 women tops.  And they are probably from Gary Indiana or Lowell Massachusetts or some shit where $40K is buku bucks.

It’d be kinda like that old Fox reality show from the early 2000s called “Joe Millionaire”:

Basically the premise of the show was this dude had like 15 smoke shows come to a Chateau in France and do a Bachelor type TV show with them.  They all thought he just inherited $50MM from his dead grandpa or some shit.  Nope, he actually made $19,000 a year working construction.  When he told the final chick she won, but then spilled the beans that he was in fact a poor, she was left with the choice to look like a total bitch to all of America or fake it and say she was actually in love with him.  Fucking hilarious.

Basically what I’m saying is this: If this Mormon dude decides to pull off a “Joe Millionaire” like move just to piss off a couple of gold digging Mormon chicks on a Monday night TV slot, you can count me in.