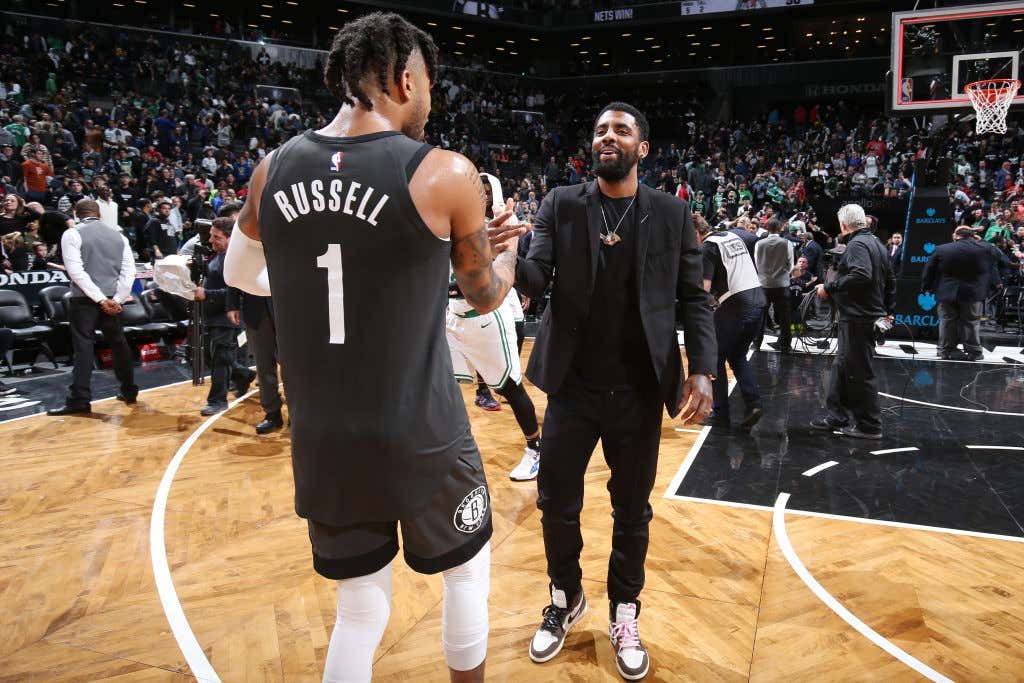 Not long after Woj dropped the bomb last night that Kyrie Irving was firing his long time agent and signing with Roc Nation I think everyone’s brains went to the same place. It was the natural step before announcing he is heading to Brooklyn. Pure speculation sure, but the whole thing isn’t all that wild to assume. The question then becomes “well what about D’Angelo Russell?” The All Star point guard is a RFA and while the Nets have talked about how they wouldn’t rule out these two playing together, that certainly would be…..interesting. Normally when you have the season Russell just had and you hear about your team wanting to bring in a player at your position that probably would make you mad, but it appears like Russell is down for the pairing 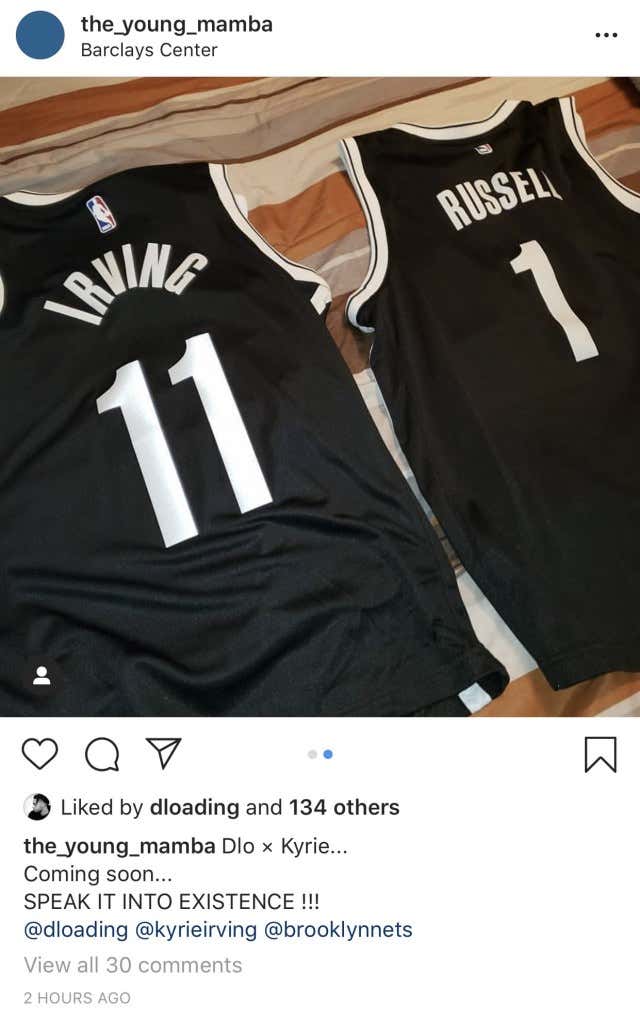 As we know social media during the summer tells us everything we need to know about NBA free agency. You might notice a certain someone liked this picture. Now whether this means he’s be down for this to happen or he already knows it really is happening, if you think this is just an insignificant ‘like’ then you my friend haven’t been paying attention.

Could this be a situation where Kyrie just wanted to do what he wanted like he talked about in that video (go to BKN) and his agent Jeff Wechsler was trying to get him to stay in Boston and that’s why he got canned? That’s probably a stretch but since when can we rule out any possible theory when it comes to Kyrie Irving. They say where there’s smoke there’s usually fire, and between the agent news and this popping up on social media I’m having a hard time believing it’s all a coincidence.

Maybe this is all just innocent social media fun. Players fuck with fans all the time once we hit this time of year, but this wasn’t Russell tweeting out a random emoji or anything. The timeline of events last night all seem too fishy for this just to be smoke. I don’t know how I’m going to make it a few more weeks before June 30th, but shit like this certainly isn’t helping. I’m already losing sleep waiting for a late night Woj/Shams bomb and we have a long way to go.

So what say you, did D’Angelo Russell tell the world what’s coming or was it just wishful thinking?