HOLY SHIT DOES HE LOOK AWFUL!!!  He went from looking like this… 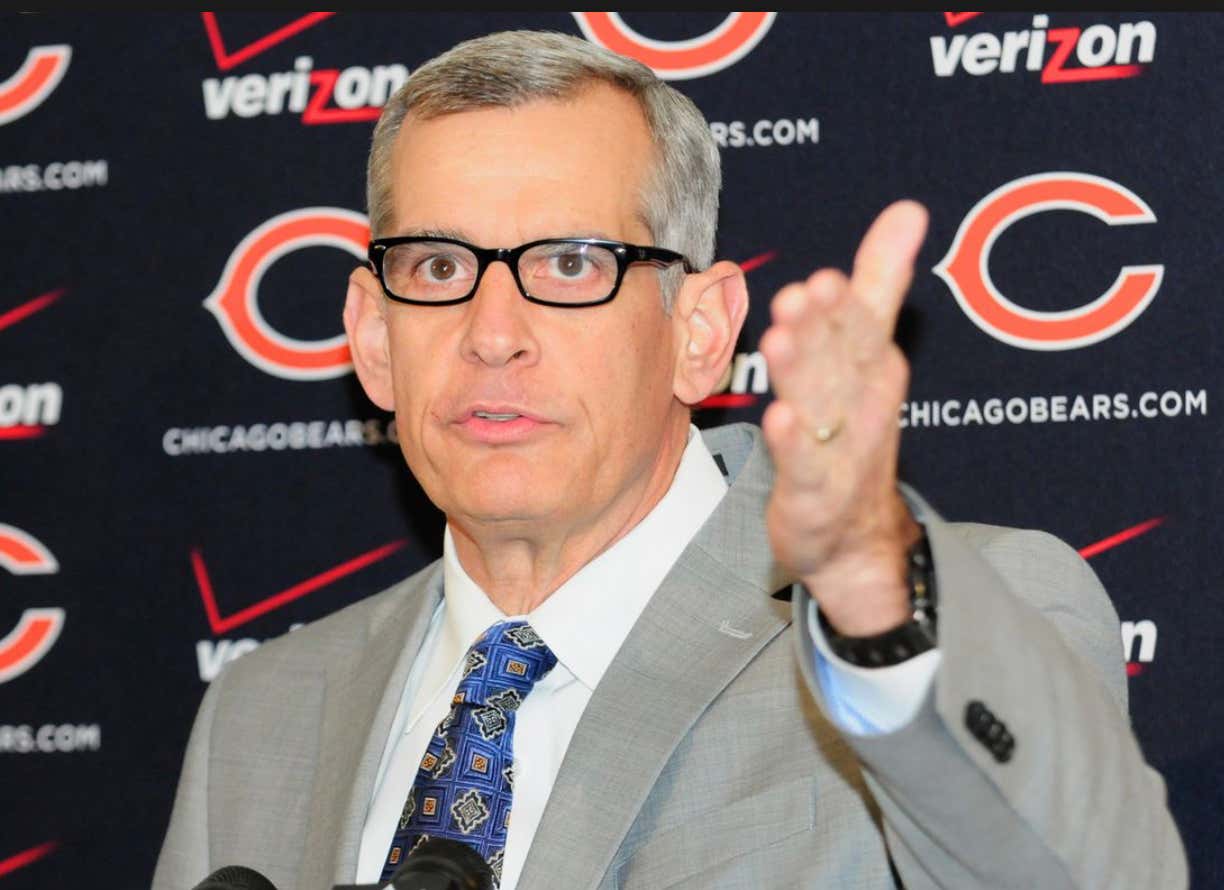 …aka the perfect caricature of every GM ever…

To looking like he smokes 3 packs of Marlboro Reds a day while chilling on a porch in the Deep South waiting to blast a few possums with a 12 gage that are trying to break into his trash can.

Now lest you forget, Phil Emery constructed what was arguably the worst group of 53 football players and however many coaches in the history of the NFL.  They were EMBARRASSING.  Not just from an on the field standpoint, but from a “we have coaches crying in the locker room” and “our best players are saying fuck it and retiring” standpoint.

Here are a few of the moves he made in his brief tenure as GM:

1. Chose Marc Trestman over Bruce Arians because Arians apparently didn’t want to hold a mock press conference
2. Signed Cutler to a MASSIVE deal with huge guaranteed money
3. Drafted Shea McClellin in the 1st round who was only good for 1 good game in his entire career

And I’m sure the list goes on.  All of that was just off the top of my head.  Those teams killed my love of the Bears; they used to be on the “I lose sleep when they lose football games” level and then Emery and Trestman came along and I was completely apathetic to them.  That’s obviously changed now, but holy shit did this picture give me the scaries x1000.  Thank god for Ryan Pace and Matt Nagy