So let’s start here. This is a dual purpose blog: introduce scooters but also address the rampant safety concerns behind the next revolution. 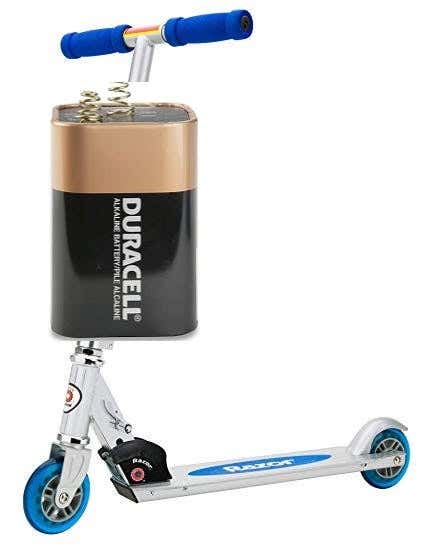 Cities across the country are embracing shared scooter programs, but the I-Team found accidents, scooter litter and sidewalk traffic jams in many cities which have the programs.

Tina’s pregnant so I’m not going to make a fat joke about being named Tina. Instead, I’d like to officially declare open season on any boners jamming the sidewalk with these goddamn things.

The first scooter study, released in January of 249 emergency room patients in scooter accidents, most were head injuries, fractures, and soft-tissue injuries.

One problem is a lack of helmets.

Only 11% of patients under 18 and just over 4% of older riders wore a helmet.

“There is always a concern,” said Rosa Escareno, Commissioner of Chicago’s Department of the Business Affairs and Consumer Protection (BACP).

And what about the scooter litter in other cities?

“We will hold the companies to a two hour limit, regardless of whether it’s litter or whether they are beyond that half a block, beyond the area that they are supposed to operate,” said Escareno. “If they don’t pick it up, we will pick it up and they will be cited.”

The Electric Shared Scooter Pilot Program is scheduled to launch June 15 and lasts four months. The city’s northwest and southwest sides between Irving Park and Pershing roads, will be the test grounds in the city’s effort to “reduce single occupancy vehicle use.”

Downtown was purposely omitted because it already has so many transportation options.

So basically the drunkest parts of the city and then Rib Fest in July which is super nice because the brown line can be a real pain in the ass on weekends.

Multiple companies have applied as vendors. They will provide the roughly 2,500 scooters that will be available wherever it’s legal to lock a bike in public. They’re limited to 15 mph.

Depending on how the pilot goes, e-scooters could stay and expand to other parts of the city.

I know it’s a big pussy move to start rolling out electric scooters because it’s just a lame concept. It’s kind of European but from the bad and trashy parts. And obviously all of this would be completely different if it were accessible in and around Wrigley Field but low behold it’s specifically designed to prevent just that:

And you cannot ride a scooter outside of that pilot test zone. According to the Commissioner, if you try to leave the approved area “the scooters will slow and come to a stop so they will not be permitted to go beyond that geography.”

That blows but on the bright side your Divvy doesn’t have any boundaries provided it fits in the 30 minute time slot so I guess what I’m saying is take the good with the bad.

And stay off the goddamn sidewalk.