So on Panarin’s instagram he’s showing off his tattoos and has the caption of :

Well since you asked, Artemi, I think they’re pretty fucking weird to be quite honest. 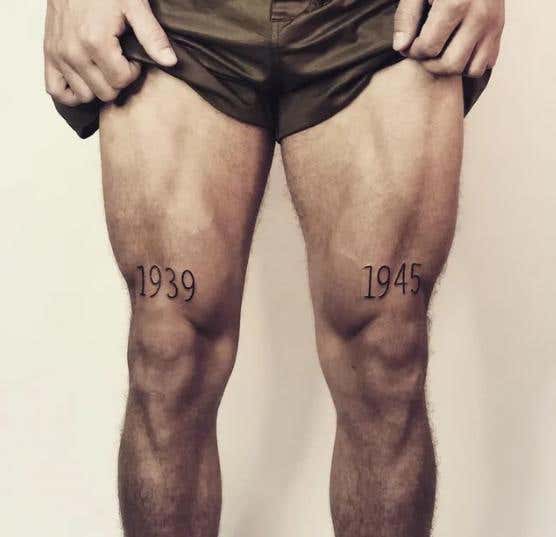 People on reddit were saying that it was the birth years of his grandparents, which I mean…fine, if that is true. It’s also VERY obviously the years for World War II. Stylistically with the font feels like it was meant to invoke that era as well. Kinda, sorta, reminds me of the concentration camp tattoos from that time period. So yeah, I don’t know man…kinda weird. Your body, but yeesh. Also, maybe this is just me but I am weirded out by people who use Soviet iconography or have a ton of Soviet/Russian pride, even if it’s their home country/culture. Stalin had 30 million people killed(allegedly) under his watch. And that’s not counting war casualties where they used to chain two soldiers together but only give them one gun…send them out and if one guy gets shot guy #2 just picks up the rifle and keeps going. War is hell, but especially if you were fighting for the Soviets. I wouldn’t say these tattoos are “problematic”, but since Artemi asked for feedback I am going to let him know that these are kinda creepy weird. (No offense, I love you, please come home).

How to prepare for the World Cup?

- Do not feel sorry for yourself. Output is almost not satisfied. In the Altai, when was upstairs, there is not much oxygen, but we tried to run, doing different exercises. Once I’m there special baths applied to the blood of the red deer antlers, to improve immunity. Hopefully this will be a good foundation. Now I try to go to the gym more often. And in general really missed hockey. Waiting for the World Cup would. And not just me. I talked with my friends from the KHL – Eugene Dadonova and Vadik Shipachevym . They are also waiting

I don’t know Panarin, obviously, but his social media and interests can be a little off-putting to say the least. Having said that…I’d welcome him back with open arms. SING IT CELINE

Score a gazillion goals and you can drink all the blood and get as many weird WWII as you want. Come back to me, Artemi