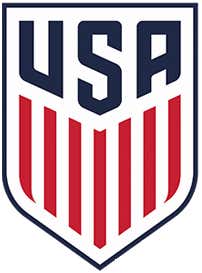 Soccer don’t sleep – literally. The grueling European season finished up a couple weeks ago but no sooner had Liverpool sucked jussssst a little bit less than Spurs on their way to lifting the Champions League trophy than the international tournament season got started with the U20 World Cup and Women’s World Cup starting things off, and soon to be followed by the Gold Cup, Copa America and African Cup of Nations. Oh, and MLS is also in full swing.

Anyway, thankfully this blog is not about the USMNT because I frankly have nothing nice to say about them at the moment. Instead we are focusing on the USWNT and their quest to make America the first-ever back-to-back World War and World Cup champions.

If we are being dead honest with one another this WWC has gotten started with more of a whimper than a bang. There have been a couple of okay games but most have either been one-sided spankings (France/Good Korea, Norway/Nigeria, Brazil/Jamaica) or absolute snoozefests (Germany/China, Argentina/Japan, Canada/Cameroon, Kiwis/Netherlands).

Part of that seems to be that the days of both teams pushing forward trying to score goals – whether they were actually capable of it or not – may now be a thing of the past. It has been pretty noticeable how many teams seem content to pretend they are being coached by Tony Pulis playing away at the Etihad and parking the bus/nine defenders in their defensive third for long stretches of the game. Maybe things will open up a bit after players get their “first game jitters” out… or maybe not, I have no idea. But one thing I will say is that based on what I have seen so far over the past week (and with apologies to Brazil and Norway) there are only two teams that have a snowball’s chance in hell of winning this puppy: the host Frogeaters and a team that hasn’t even played yet.

So in a general sense here’s to more exciting games ahead but for now let’s get down to the real business at hand and take a quick look at what’s what with the only American soccer team that seems like they want to win a trophy this summer/ever………..

A lot of people are probably aren’t quite as familiar with the team or group, etc, so here is a VERY quick primer to give you some of the basics:

FIFA did the US a bit of a solid with the group draw as Sweden (#9) is the only other team ranked in the top 30 – keep in mind there are only 24 teams in the tournament – with the plucky also-rans in this case being Thailand (#34) and Chile (#39). The latter two are playing in their second and first World Cup, respectively.

What to watch for from the US?

– OFFENSE: We may have the best – and definitely have the highest profile – attack force in world with Megan Rapinoe and Tobin Heath on the wings and Alex Morgan in the center. Note: this group has not been hitting on all cylinders coming into the tournament but the big stage brings out the best in big players. 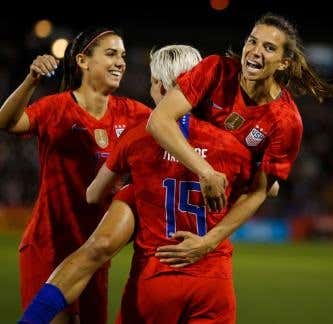 – MIDFIELD: The single most important player on the field may be someone you haven’t even heard of in Lindsey Horan, who is a beast in the midfield and absolutely dominated the NWSL last season but has been injured all spring. Games against the Thailand’s and Chile’s of the world are whatever but the US will need her to run shit through the middle if/when they come up against legitimate opponents, namely the Frogeaters but also England, Germany, etc. (Also, a quick s/o to Rose Lavelle, an honorary Sconnie who laced ‘em up for the Badgers and will play an important role in connecting the play from back to front.) 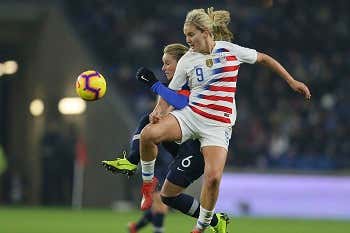 – KEEPER: Hope Solo is no mo so her replacement is the far less outspoken Alyssa Naeher 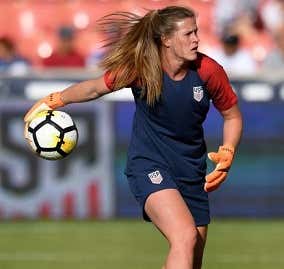 – WILDCARD: Crystal Dunn has been the best offensive player in NWSL this season but is being relegated to an outside back role for the US by coach Kill Ellis… but she will no doubt creep her way forward into the offense any chance she gets. Basically what I am saying is we have Marcela on our squad. 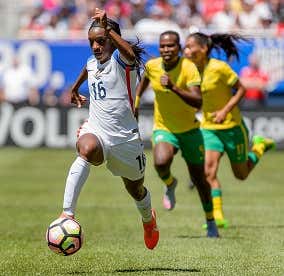 – OTHER: That leaves some big name players likely coming off the bench, including Carli Lloyd and Christen Press. 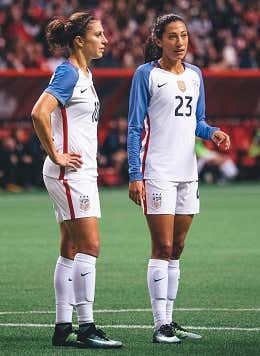 So there we have it. A quick and relatively painless lay of the land. Go impress your friends with all the useful knowledge you now possess.

I meeeeeeeeeeeean, I have been to Thailand (not a big deal) and the people there were INSANELY nice but soccer just ain’t really their thing. In fact there is really not much to say about this game. The Thai squad features some players who played collegiately in the US, including one (Suchawadee Nildhamrong) who is a California native, so it’s not like they just grabbed people off the street… butttttttt the gulf in class between the two teams is gonna be apparent within 15 seconds.

So there we have it. Lots more soccer coming, starting with Part 2 of my FA Cup video series coming later this week, followed by USWNT’s second game against Chile on Sunday, and then the Gold Cup gets underway with USMNT’s first game against Guyana next Tuesday (6/18). The good news: things can only go up from here for Berhalter’s boys after that shmershmortion against Venezuela.