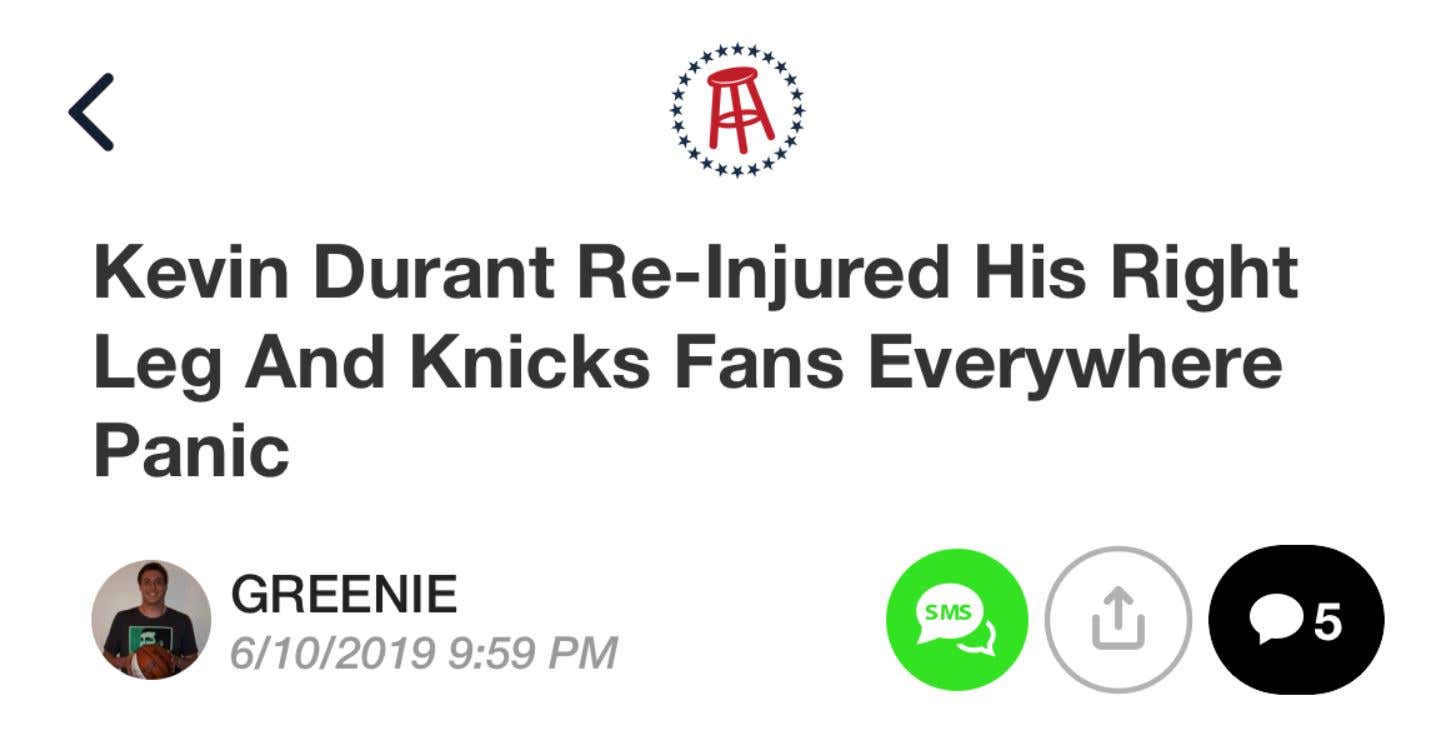 So as the entire world knows Kevin Durant tore his Achilles last night.  That combined with the Raptors fans cheering him while he lay on the ground was by far the biggest moment of the night.   Our boy Reags had a good headline and article. 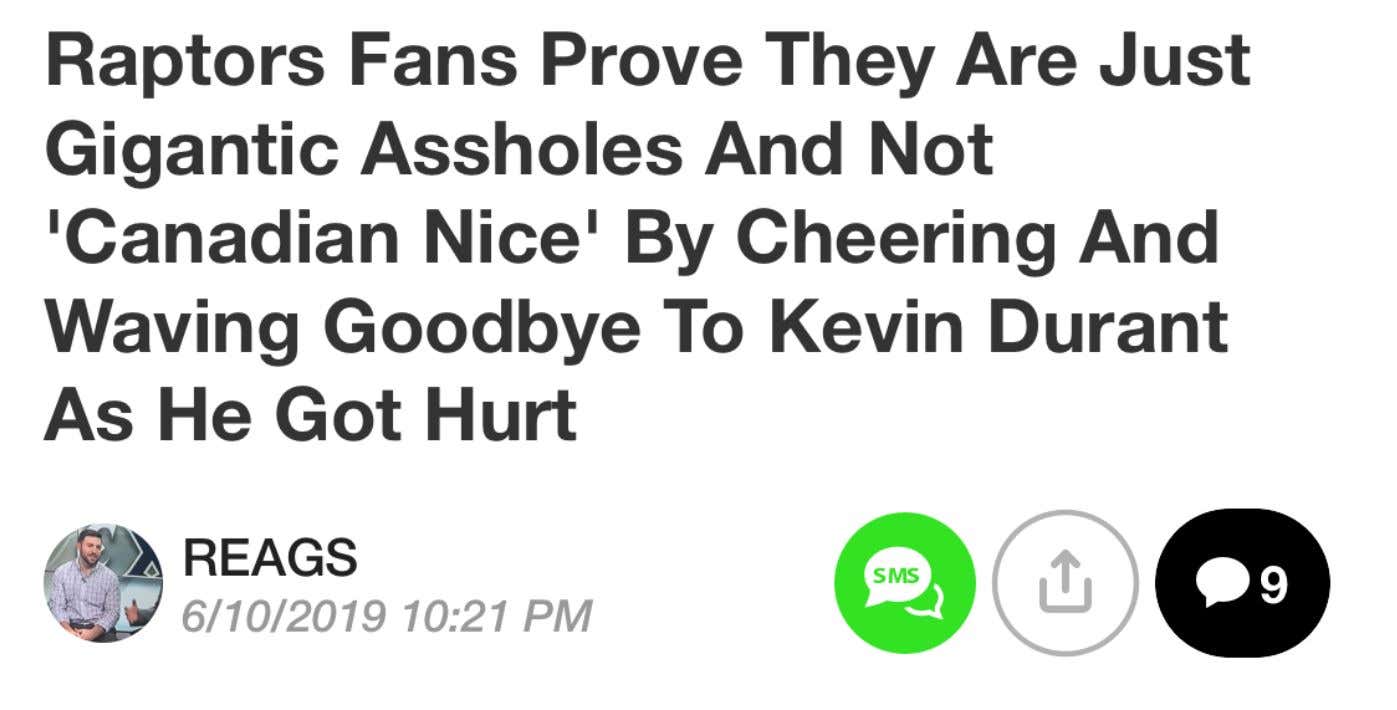 But Greenie?  This is what he said sort of in passing….

“Also kind of lame for Raptors fans to cheer the injury but maybe they were just cheering for him to make him feel better since they are so nice? Either way this is absolutely not what you want to see in such a big moment, and now we all hold our breath and pray that he didn’t just pop his achilles or anything crazy.”

Oh it was kinda lame Toronto fans cheered when he got hurt?  Maybe they were just being nice?  I can’t even tell if Greenie is serious in giving Raptor fans the benefit of the doubt here, but I think he is.  That’s how boring and unconfrontational Greenie is.  He makes paint drying seem exciting.  He makes vanilla seem exotic.  He is literally a human rain delay.  Take a side Greenie!  Either rip them apart or defend them, but take that kinda lame shit and get the fuck out of here.