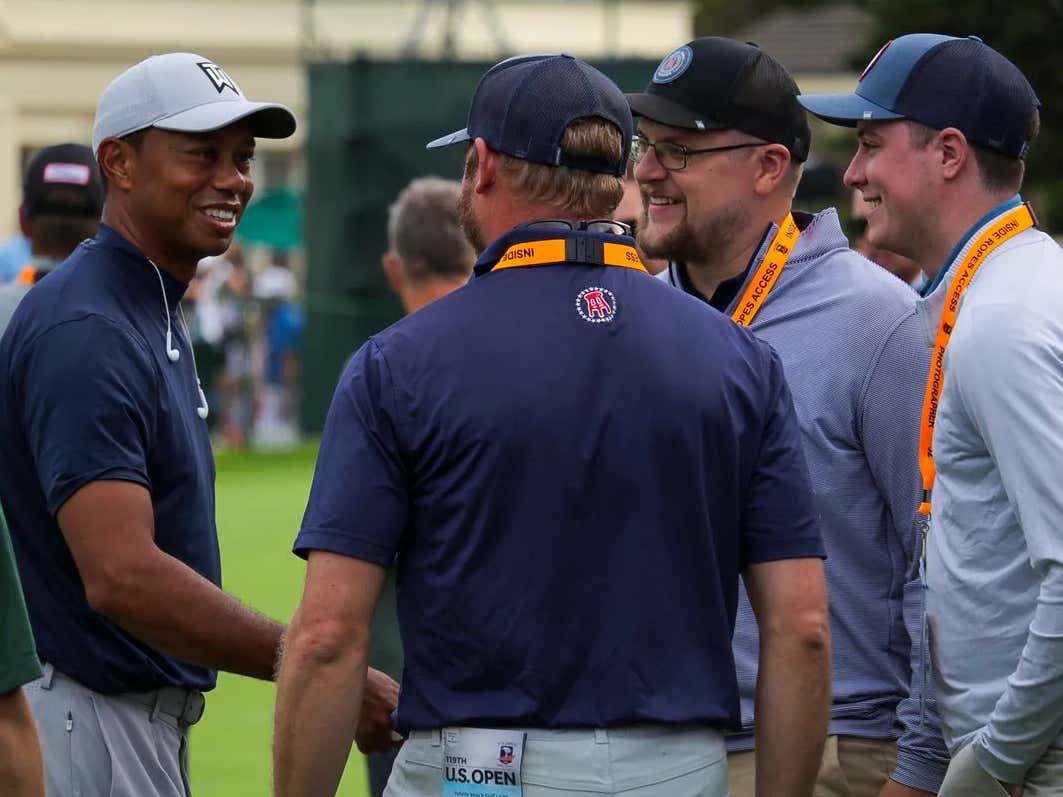 I’d like to start by saying thank you to my close personal friend USGA for having us out. Pebble Beach is a lovely place and we’re happy to be here.

Once again, we convinced our bosses to send us to a major championship for the entire week. Why? Because we like to be in the mix. What’s our plan? We don’t really have one — we just figure if we’re generally “around,” things will happen.

Before I even arrived, Trent and Frankie ran into the one and only Bryson DeChambeau.

Obviously we couldn’t avoid the people’s golfer although I’d like to because he’s mushing the Blues.

Now, we were of course hard on Justin Thomas last year but then we had him on the show in January and he was fantastic. He was self-aware, funny, busted our balls right back and told great stories. But we hadn’t actually seen him in person since.

We have indeed come along way with JT. Great dude.

Michael Breed was the famous hype man for Trent’s “drive heard round the world” when he ripped one down the pipe in front of a gallery on no. 1 at Bethpage en route to a snowman. Always nice running into the Rooster.

Around 4:15, we were making our way down to our booth near 18 green (booth boys) when we spotted Tiger Woods on the practice green. Alone. We decided that’s where we needed to be “around.” We decided to get in the mix.

Here’s us being “around.” 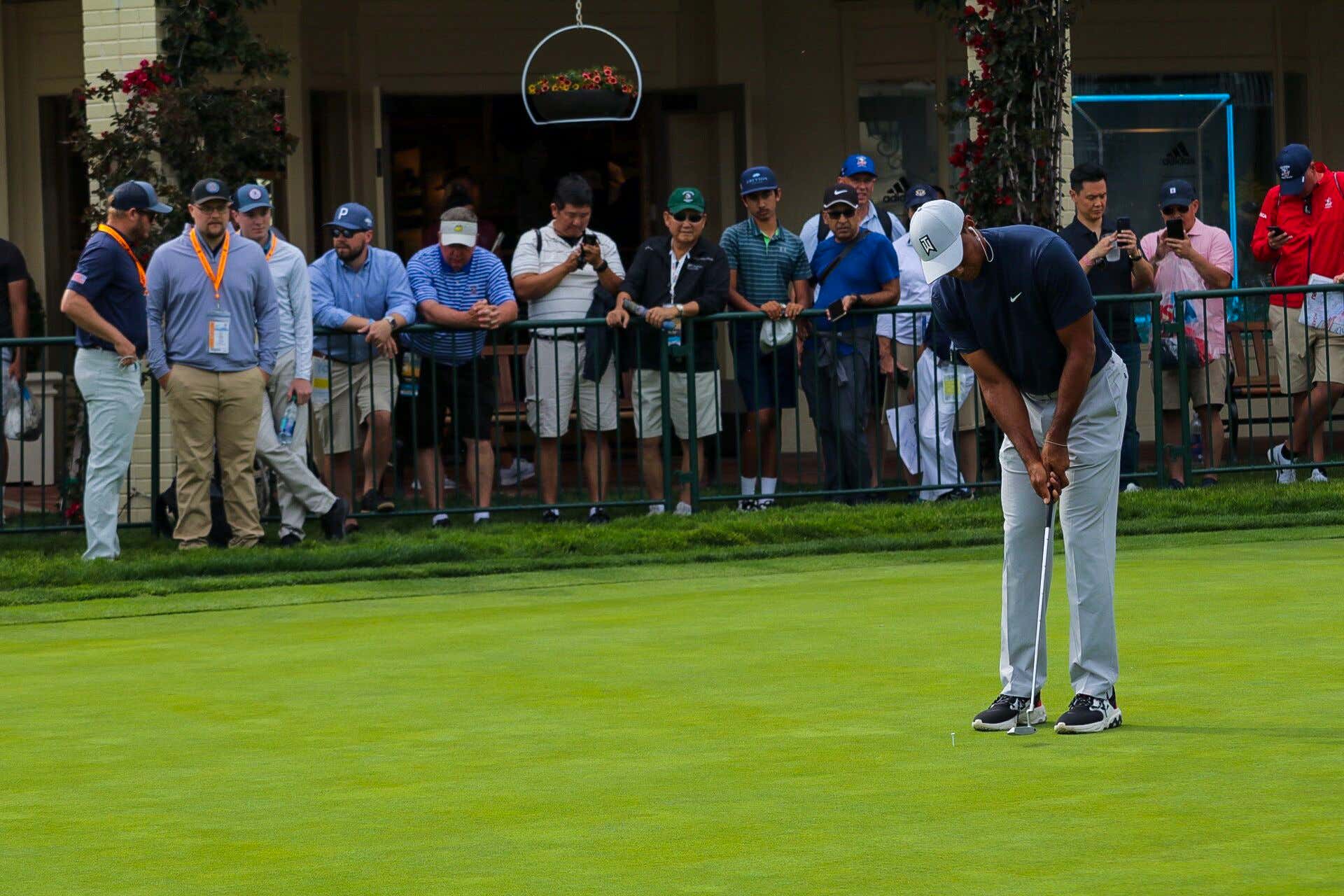 Here’s us mucking it up with Joey LaCava. 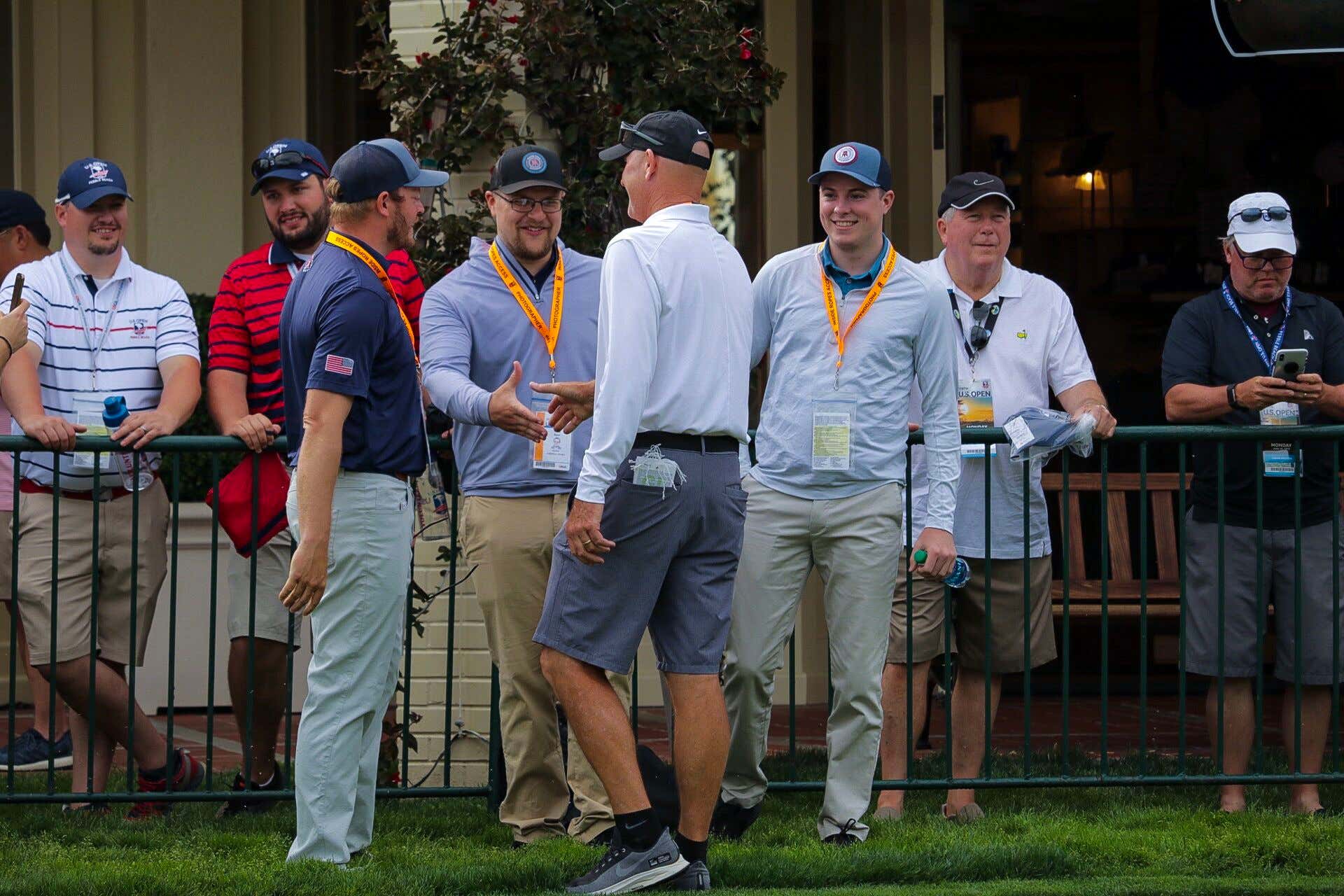 Tiger putted for about 2 hours. We didn’t move an inch. Taking care of the Boss Man never sleeps.

Then the most amazing thing happened.

Here’s what/who really made it happen. Joey, beers on us for life pal. You’re a legend.

We wrapped up the day by meeting Kiz at his place for a few beers and a podcast. 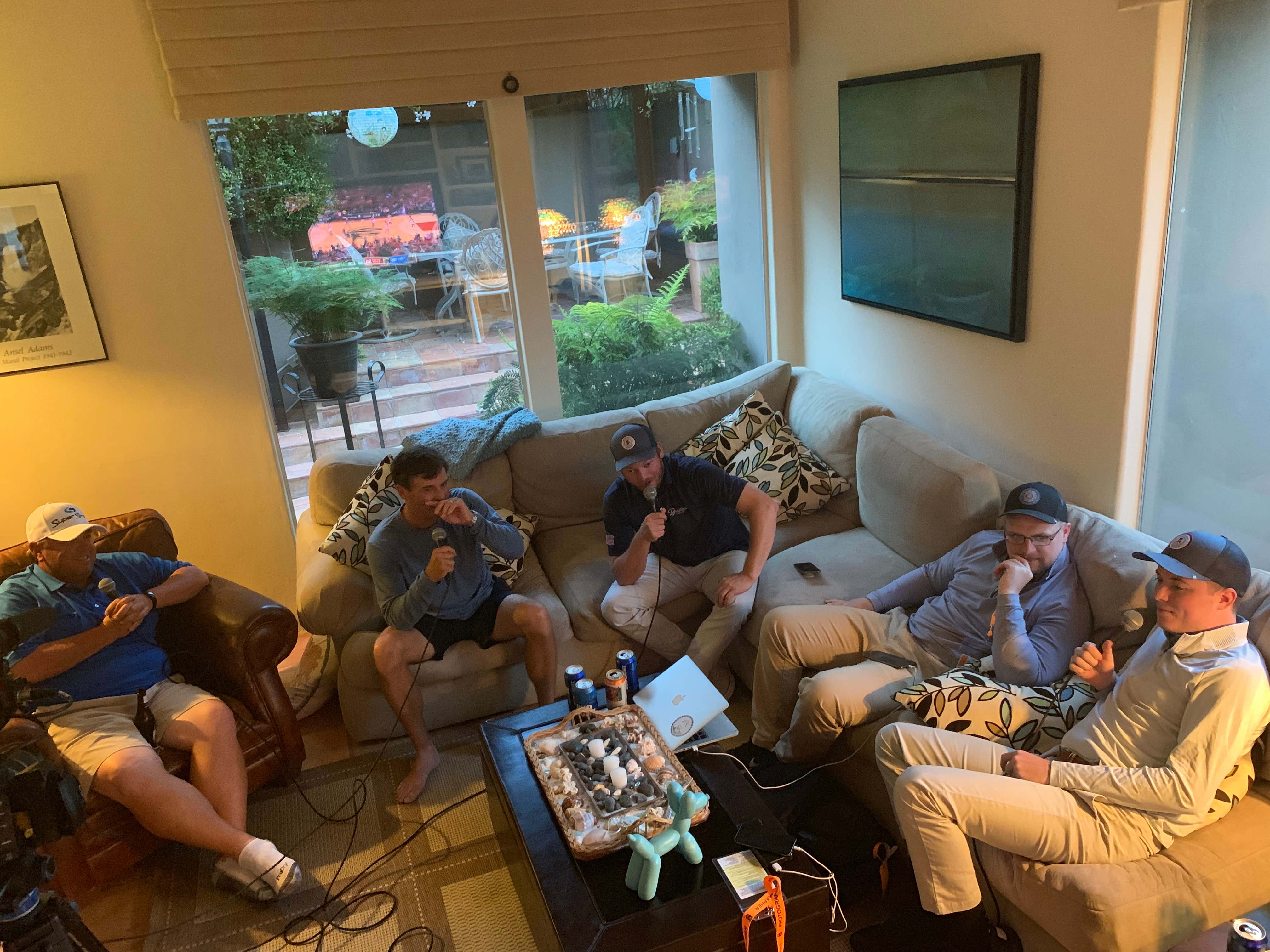 We’re here all week. Excited to be around.