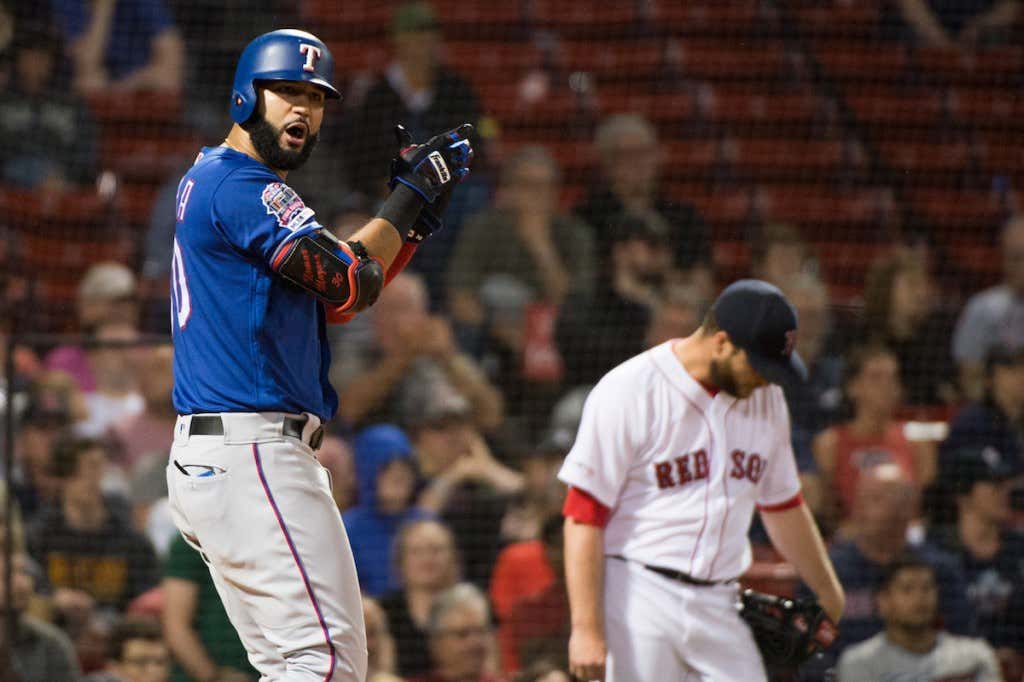 Of the three games that they lost to Tampa over the weekend, the Red Sox just felt lifeless. There was no drama. No reason to believe they were going to mount some epic comeback. Nothing. No fight, no suspense, no late-inning heroics. Nothing. But hey, at least they had a chance to win on Monday, right? Progress? It’s embarrassing. It’s honestly and truly embarrassing.

After their loss in the series opener against Texas, the Red Sox fell to 4-10 when Chris Sale pitches this year. I mean, I understand he’s had some hiccups here and there, but Jesus Christ. Since April 23, Sale has a 2.17 ERA with a 0.80 WHIP and 106 strikeouts in 66.1 innings. He’s struck out at least ten batters eight of those ten starts over that span, including his seven innings of zero earned runs on three hits with 10 strikeouts against the Rangers. He’s been back to flat out dominating for quite some time now, yet somehow, some way, the Red Sox are only 4-6 in those ten games. It’s baffling.

It’s actually not that baffling when you consider how bad the Red Sox bullpen has been when they’ve needed them the most — the ninth inning. Get this, though. In the seventh and eighth innings, Red Sox relievers have the third best ERA in the MLB (3.38), the best WHIP in the American League (1.14) that trails only the Reds for the major league lead, and the best strikeouts per nine in baseball (10.30).

That’s for the whole year. No arbitrary dates. They’ve been as good as it gets in the seventh and eighth. But then you take a look at the shit they’ve been up to in the ninth inning, and it’s no wonder why they’re a game above .500 and eight games back of first place. In the ninth inning this year, Red Sox relievers have a 6.12 ERA, 28th worst out of 30 major league teams. Only the Marlins and the Orioles have been worse in the ninth, and they’re not even real baseball teams. Red Sox relievers’ WHIP in the ninth (1.64) also ranks 27th. It’s fucking brutal, man.

And guess which inning the Red Sox blew their lead in! I’ll wait. It was Matt Barnes in the ninth, allowing two earned runs in two thirds of an inning. It was the tenth blown save of the season for the Red Sox, and Barnes has four of them. It’s crazy, because it’s not like any of these closer candidates just flat out suck. They don’t. It’s simply that nobody can get the outs in the ninth on a consistent basis.

Check this out — Ryan Brasier, Matt Barnes, Marcus Walden and Brandon Workman have a combined 2.42 ERA, 0.94 WHIP, and 11.26 K/9 in innings six through eight. In the ninth inning, they have a combined 4.32 ERA, a 1.32 WHIP, and a 10.80 K/9. The ERA essentially doubles. If I weren’t in such a murderous rage about losing this game, I’d actually find this to be a fascinating case study in sports psychology, but alas.

Even after Barnes blew it in the top of ninth, the Red Sox still had a chance to win this game because Brock Holt knocked in the tying run in the bottom of the ninth. Those hopes were short-lived, as the Red Sox left the bases loaded in extras, stranded seven men total and went 1-for-8 with runners in scoring position all night. Brasier allowed the game-winning run to score two batters into his outing in the 11th, and that was the final kick in the dick for Monday’s contest.

Side note — I love Steve Pearce as much as the next guy, but given his contributions this season and the time he’s spent on the injured list so far this year, you have to wonder if the Red Sox are kicking themselves for re-signing him to a $6.25 million contract. It’s not a lot of money when you’re a big market team like the Red Sox, but it is when you’re up against the luxury tax and you need a reliever very badly. Go check out the salaries that some of these relievers got last winter and tell me who you’d rather have on this team right now.