So let me get this straight. The Anthony Davis Sweepstakes could be potentially down to the most dysfunctional front office in the NBA…and the Knicks? Call me crazy, but I like the Knicks odds. No, I am serious. Please call me crazy then kick me in the dick for liking my chances as much as I do because there is no reason I should be feeling confident right now.

The Lakers seemingly have had something written into the collective bargaining agreement for as long as the NBA has existed that they have dibs on any franchise center that wants to find a new team. Wilt, Kareem, Shaq, Dwight, Timofey. Any big man that wanted to move to a new team ended up with the Lakers.

But as we all know, there is some crazy shit going on with the Lakers that usually only happens with the Knicks. GMs getting caught in lies, employees abruptly resigning then making the franchise look bad on TV, ownership seemingly clueless. And if the best package the Lakers can offer is only a little better than the one the Knicks can offer, I have to think this little nugget may come into play.

Yeah I know other teams may think about going the same route the Raptors did by trading for a player with one year remaining on his deal that they don’t think will re-sign with their team. But there aren’t exactly a lot of situations where you have a team that was the best in its conference that pretty much had to shake things up because it was clear they weren’t going to win with their current team.

I’m sure there will be a bunch of other whispers about where AD could potentially play and which teams are on his “list”. But the Knicks even being mentioned as a destination Davis wants to sign with longterm tells me the franchise doesn’t appear as toxic as it did when Phil Jackson was talking about posses and James Dolan was banning beloved players for life while also making me think there has to be some sort of superstar that Davis knows is clearly heading there. Alright kick me in the dick again, because now I am dreaming dreams nobody who roots for this team should dream.

It’s going to be a long couple of days/weeks, Knicks fans. Just stare at the Photoshop and tell yourself everything is going to be OK, even if literally everything we have seen in our lives says the exact opposite will happen. 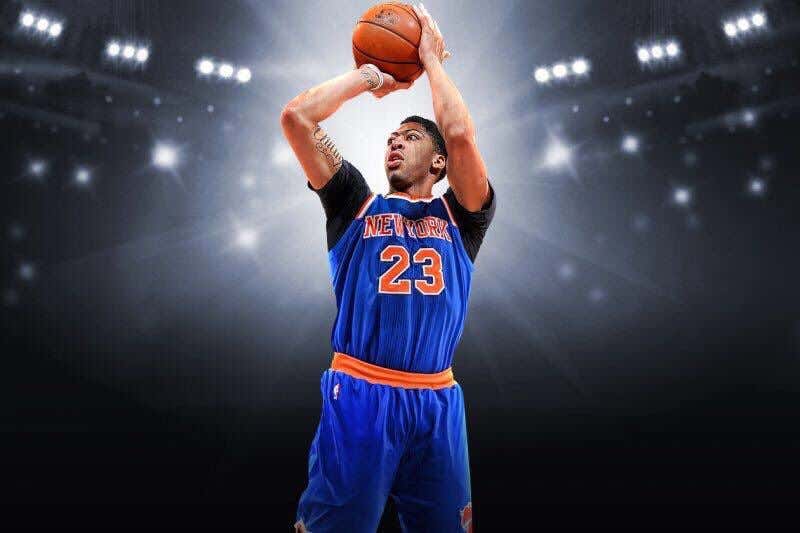