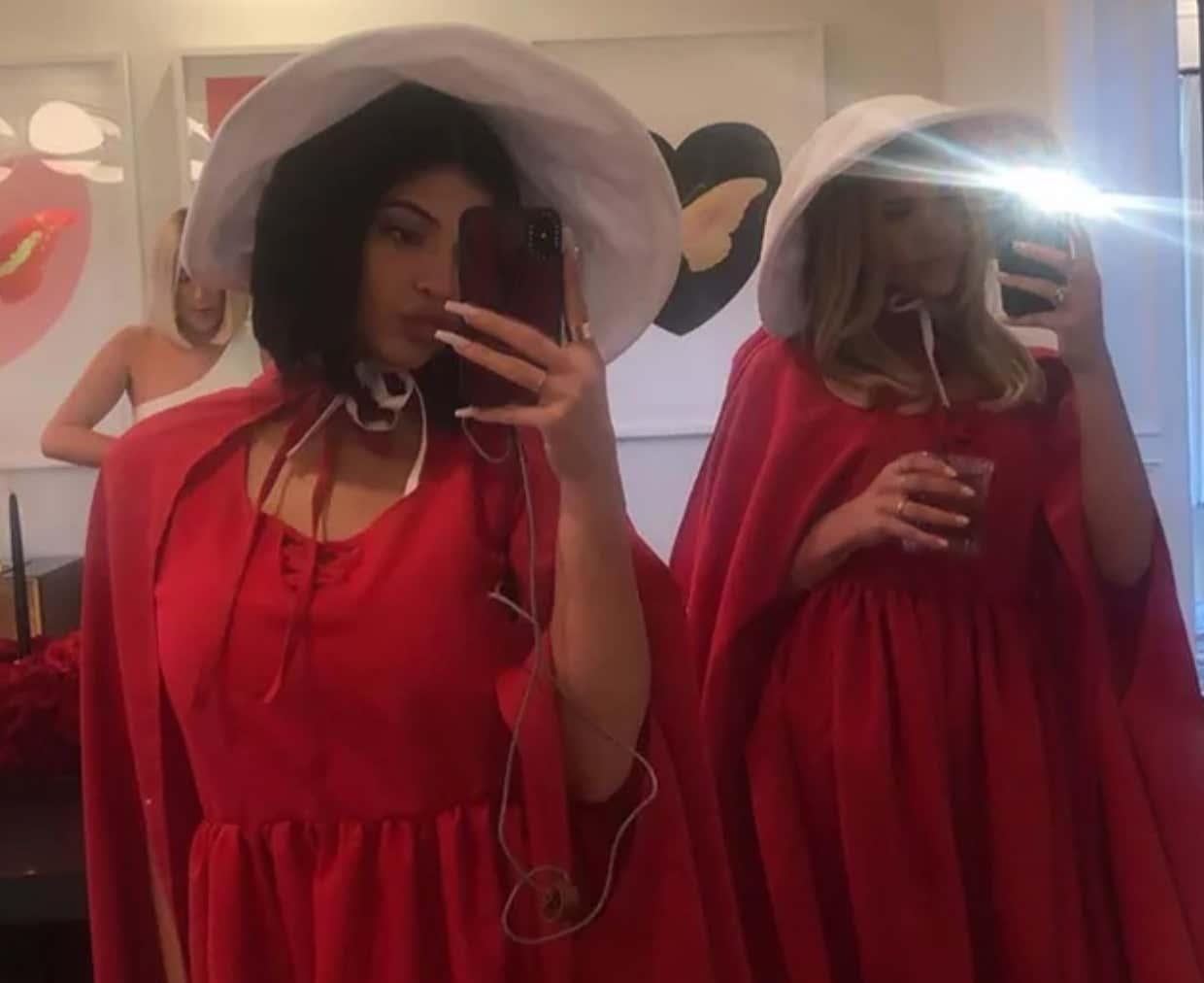 I’m going to take a stance here that will SHOCK the Barstool haters all across the internet:

When I think about the word “party,” I do NOT associate it with women being enslaved and brutalized in a society they have 0 rights and are forced into childbirth.

I believe that stance now makes me more progressive than Kylie Jenner.

I watched season 1 of the show and it’s right up there with one of the most depressing, soul-crushing shows on TV.  Here’s the basic plot from Wikipedia if you haven’t seen it:

In the near future, fertility rates collapse as a result of sexually transmitted diseases and environmental pollution.[8] With this chaos, the totalitarian, theonomic government of Gilead establishes rule in the former United States in the aftermath of a civil war.[9][10][11] Society is organized by power-hungry leaders along with a new, militarized, hierarchical regime of fanaticism and newly-created social classes, in which women are brutally subjugated, and by law are not allowed to work, own property, handle money, or read.[11]

According to an extremist interpretation of the Biblical account of Bilhah, worldwide infertility has resulted in the conscription of the few remaining fertile women in Gilead called Handmaids.[11] They are assigned to the homes of the ruling elite, where they must submit to ritualized rape by their male masters in order to become pregnant and bear children for those men and their wives.

Those super-chic red dresses that Kylie and her pals are rocking are what the Handmaids (the ones who are raped and forced into childbirth) wear.

The lack of self-awareness and tone deafness with the Jenner clan is bordering on hilarity.  I mean I know they are richer than God and could probably give zero shits about anyone “outraged” by them – but at some point you need at least some fans left to sell makeup to right?

Then again I think it’s safe to say the venn diagram of “people who buy lip kits” and “people who understand what The Handmaid’s Tale is about” has approximately one single human being in the overlapping middle.

Whatever you say, don’t say they didn’t at least go all-out with their commitment to theme though.

And she went on to share a series of videos to Instagram, revealing the levels of commitment to the theme. Her house was adorned with Gilead flags while waiting staff were dressed as Marthas. Guests wore handmaids costumes and greeted each other with the catchphrase “Praise be”, before enjoying “Under His Eye Tequila” and “Praise Be Vodka” cocktails. (BF News)