Fred VanVleet is having a hell of an NBA Finals. The dude has turned into the 3rd best option apparently for the Raptors while defending Steph Curry. We’ve seen the Raptors start him over Danny Green in the second half and use him like the Spurs used to use Manu as a 6th starter.

On Friday, my man lost his tooth. It was a nasty injury and his teeth were just sitting on the court even after he was back in the locker room. Needless to say Canadians really started to respect him more with the hockey look.

So now he’s joking around about not wanting to be Canadian because he likes his teeth. Valid argument. In fact that’s a strong argument. Step in Raptors superfan Drake. 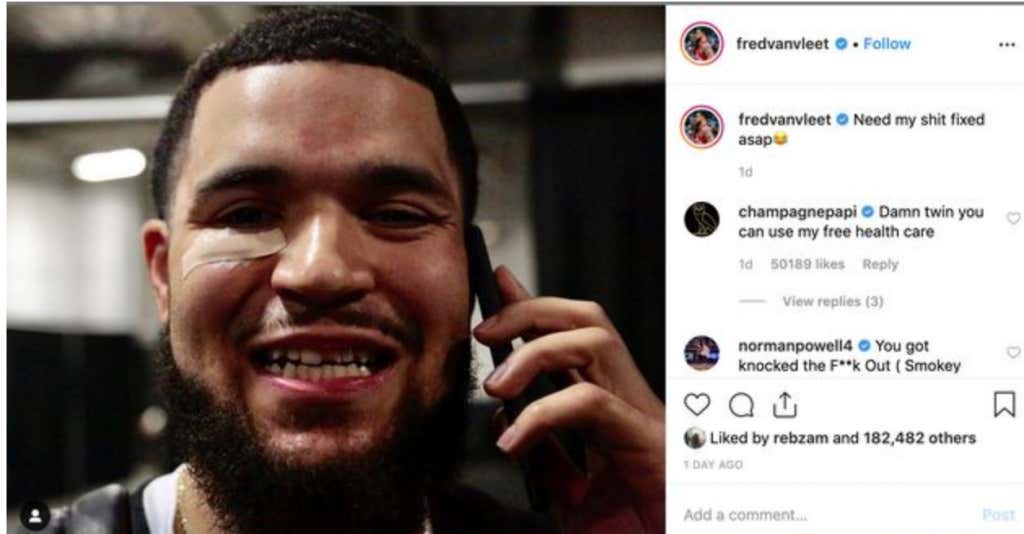 I am slightly confused though. Doesn’t Canada have free health care? Shouldn’t FVV gets that playing in Toronto? If not, he needs to use Drake’s health care. I’m sure it’s the best of the best. Also, smart of Drake to get in front of this. Play in to him and FVV looking similar and get him healthy for game 5.

And yes FVV is playing game 5, he wanted to check back in during game 4 but didn’t have to. That’s just being basketball tough.