I unfortunately couldn’t make the 100, but that doesn’t mean I wasn’t following along incessantly on Twitter throughout the whole weekend.

Alot of good moments were had, but also a pretty tough moment that I’d like to start with in Gale Sayers:

Sucks to see him this way, but it’s awesome that Gale was in the building. One of the GOAT’s who deserves more than anybody to be at the 100 celebration. Wishing him the best.

If that doesn’t get you fired up then I don’t know what will. Watching Devin do the Soulja Boy at the 20 before he would take one to the house was a low key awesome part of the Devin Hester experience. Glad he was there and that the Bears added the nice touch with the music.

This was the worst kept secret of the weekend as it got leaked some time last week. I don’t understand why some people were kind of making a scene about this. They’re uniforms and they aren’t bad at all. Some people will like them, some won’t. They’re going to wear them twice then the season will go on and that’s really all there is to say about it.

Nagy Wraps Up Friday With A BOOM

I forgot how much I missed the BOOM and Club Dub. September can’t get here soon enough to give us some more of this.

Urlacher Had The Poops

Not great. Need 54 at the Bears 100th birthday ceremony. Hopefully he’ll make the trip up for a game this year and they can do something then. What can you do though? Sometimes you eat a bad taco boat and can’t get off the shitter. Part of life.

Saturday Had The Best Torch Passing Of All Time 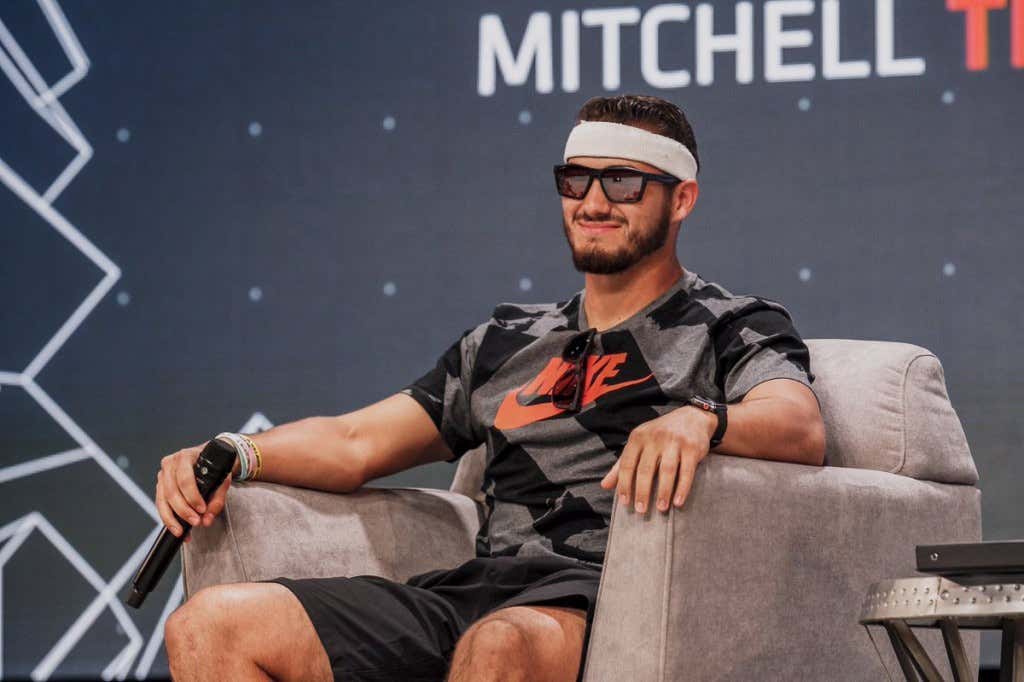 Nice to see McMahon still has his fastball. Genius idea and I’m happy Mitch wasted no time tossing it on.

Hey, I’m over it, but if Hampton wants to take shots then we’re taking shots. Fox’s voice probably would’ve ruined the whole weekend if he had to speak at this thing.

I thought that there’d be a point where people would get a little tired of Mongo, but I don’t think that at all anymore. The guy just hasn’t changed a wink. It’s like he fell asleep in 1985 and woke up in present day without anything being different.

Love to see it.

I have no idea who was supposed to be on this panel, but I do know that a good few of the guys went to the UFC event at the UC on Saturday night. These are the little things that make me even more thankful that we’re good now because the shit storm from this if we were bad would be never ending.

Hopefully all the old timers, the current players, and all the fans enjoyed themselves this weekend. Can’t wait until we kick off on Thursday night.