The military is investigating the president of the U.S. Naval War College amid allegations that he spent excessively, abused his hiring authority and otherwise behaved inappropriately, including keeping a margarita machine in his office.

Multiple current and former college employees said they have raised serious concerns for over a year about Rear Adm. Jeffrey Harley’s conduct at the helm of the elite school that grooms future admirals and generals.

Dozens of emails and other documents obtained by the AP show the college has struggled to make payroll under Harley’s leadership and spent about $725,000 annually on raises while facing an annual shortfall of $5 million or more.

Harley has also sent a series of emails to hundreds of students, faculty and staff that raised eyebrows, including offers of “free hugs” and games of Twister in his office.

The complaint was filed by employees who noted they’re not mad at the guy, but that he was “destroying the college”. Low morale aside, the biggest issue they cited was the possibility of financial ruin for the establishment.

The college is designed for Navy & Coast Guard officers to educate & develop them as leaders. Along the way they focus on war games, combat readiness & strengthening partnerships with other sea-going militaries. And I know that’s all very important stuff for the future of our nation’s sea-faring endeavors… but also… it’s right on the water in Newport, Rhode Island & what a sweet location to sling back a dozen margs: 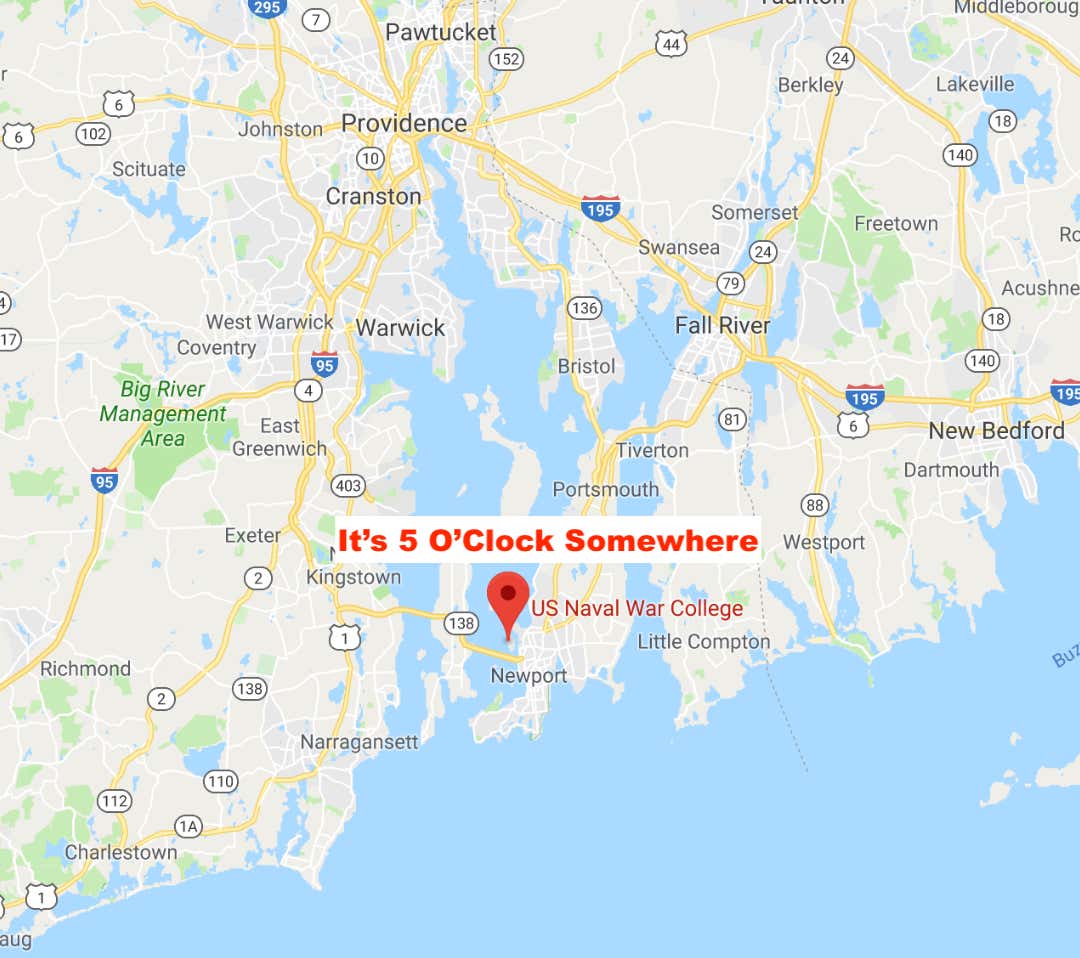 When Stars & Stripes reached out to ask him about the allegations, Harley said,

“That’s Navy business. But I think you’d be surprised to know that on any given day about 85 officers are under investigation.”

There’s no way in Hell I’d ever play Twister in this guy’s office, but still, what a flex of an answer.. “Oh this small stuff? Get outta here. There’s tons of other guys who’ve messed up, too. Big whoop.”

I imagine after he hung up the phone he leaned back in his chair, flipped the burger sizzling on his George Foreman Grill, & turned up his Jimmy Buffet Greatest Hits CD again.