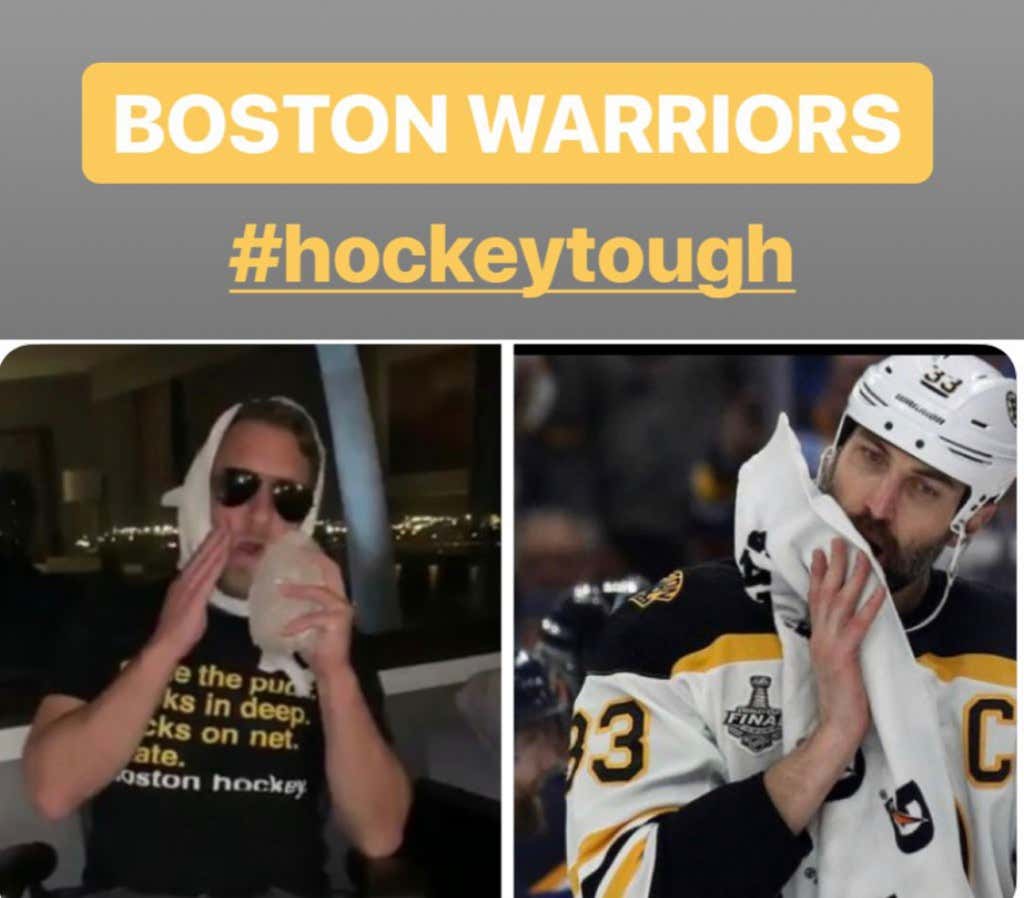 Wow.  Look at those two titans of Boston.  Both of them seemingly suffering season ending injuries in Game 4.   Chara taking a puck of the face breaking his jaw.   Portnoy taking a blindsided cheap shot directly off the temple.   Both men in obvious agony.  Both men instantly ruled out for Game 5 by the masses.   But both men defying the odds and coming back for more.  Why?  Because it’s the playoffs.   Because their team needs them.  Because their city needs them.   Because they are Warrior Poets.  Because they are Boston Tough.   Because they are hockey tough.   If this was the NBA these guys would not only be out the rest of the playoffs but they’d probably miss next year as well.  But not hockey.   Not in Boston.  You wire your mouth shut.  You wrap toilet paper around your head.  You do whatever you have to get back on the ice and in the stands.   Why?  Because you’re a hockey player from Boston.