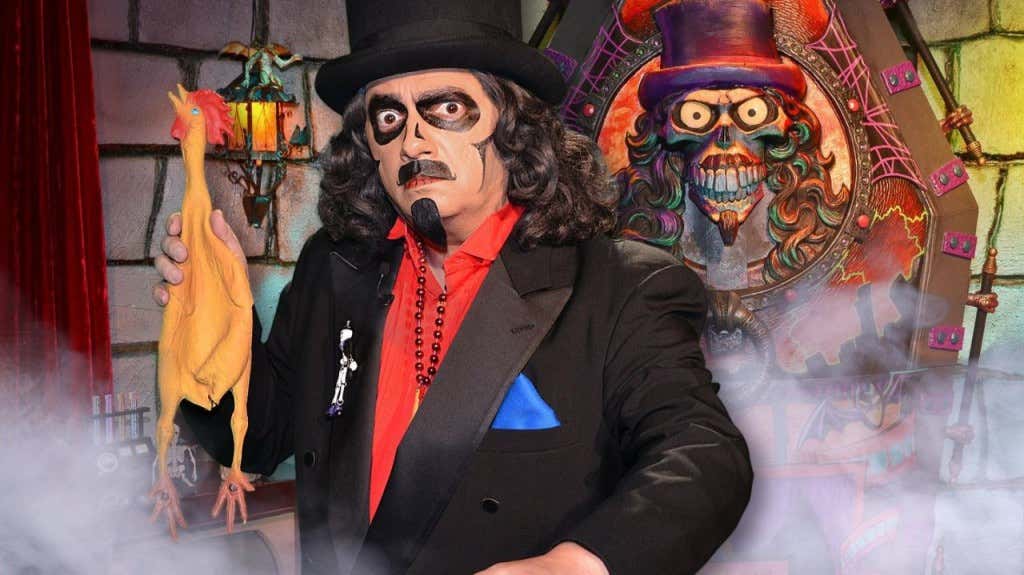 Chicago Tribune - Saturday is also Family Fun Day between 11 a.m. and 3 p.m., featuring activities such as free pony rides and a petting zoo.

For part of that day, some people might be both petting live chickens and holding autographed rubber chickens, as Rich Koz, better known as Svengoolie, stops by between 11 a.m. and 1 p.m.

After years of Berwyn jokes, perhaps it’s only fitting that Svengoolie makes his way about 10 miles north to Franklin Park.

“Since this is my first time in the area, folks might want to get in line early since, if there’s a huge crowd, we’ll have to cut the line in order to be done at our out time,” Koz said.

Svengoolie is able to autograph one item per person, and while Koz said he’ll have picture cards available, it’s OK if folks want to be creative.

“People always bring rubber chickens, which I will be happy to sign,” he said.

I was reading this article last night and almost fell out of my chair when I got to Svengoolie’s quote. Just so laugh out loud funny of him to tell droves of people that if they’re not there early enough then they’re going to walk home empty handed with no signature on their rubber chicken. Just warning the town of Franklin Park that they should seriously consider shutting down the pool, the ice arena, East Leyden, and the Culvers to make sure everybody gets a fair shake at meeting him and no one gets shut out.

And listen, I’m not discrediting Svengoolie at all here. The guy has been on TV since the 70’s. I’m curious if other readers remember him outside of Chicago as I’ve never really watched his show but always remember as a little kid you’d flip past his Channel 26 as fast as you could because he was kinda scary in a horror movie type of way.

But, Svengoolie already threatening to cut the line in half 3 days before the event in the year 2019 makes me think he’s way more than that and I kinda feel like I’ve been missing out on him now. I think my final verdict is that I like him because the quote is too good to not like him. I hope they do have to cut the line in half just to throw it back in my stupid face.

(Plz get there early though)