FOX - A Michigan man accused of fatally shooting his wife was nearly attacked by her son during a Monday court appearance.

Vashon Flowers, 46, is charged with open murder – which means that prosecutors could charge him with either first-degree murder, second-degree murder or manslaughter – in the death of Jamie Thomas-Flowers at their Muskegon Heights home last month.

In a courtroom video obtained by the MLive.com, London Thomas, Thomas-Flowers’ son, appears to leap from his seat, run across the room and jump a barrier to attack Flowers, who was in the jury box speaking with his public defender.

If I’m being totally honest with everyone, the appropriateness of my initial reaction to this video really hinges on if this guy is proven guilty or not.  Because I fist pumped through the god damn roof. I know, I know, it’s un-American of me to assume someone’s guilt when it hasn’t been tried by the courts yet.  I’m a HUGE fan of the American justice system.  But if you suspend your principles for a minute and assume that the accused is guilty of this:

Prosecutors say Flowers kicked in the door to the home on the morning of May 19 and shot Thomas-Flowers four times at close range. Flowers, who turned himself in to police later that night, has previous felony convictions including one for assault with a dangerous weapon.

…then you know you would throw at least a hundred bucks into the GoFundMe for this kid’s court fees.

Thomas was quickly subdued by court officers and arrested. He appeared in court the next day where he was held in contempt and barred from future proceedings in the case.

If you weren’t rooting for the security guards to move just a litttttttleeee too slow, just a fewwwwww half-steps too late, maybe let 2 jabs and a monster haymaker land on the face and head area, then you’re lying and you should apologize.

Seriously, I know these guys are just “doing their job” or whatever, but come on.  Sometimes you just need a little old fashioned justice.  Like this guy from 3 years ago:

Or this dad from last year: 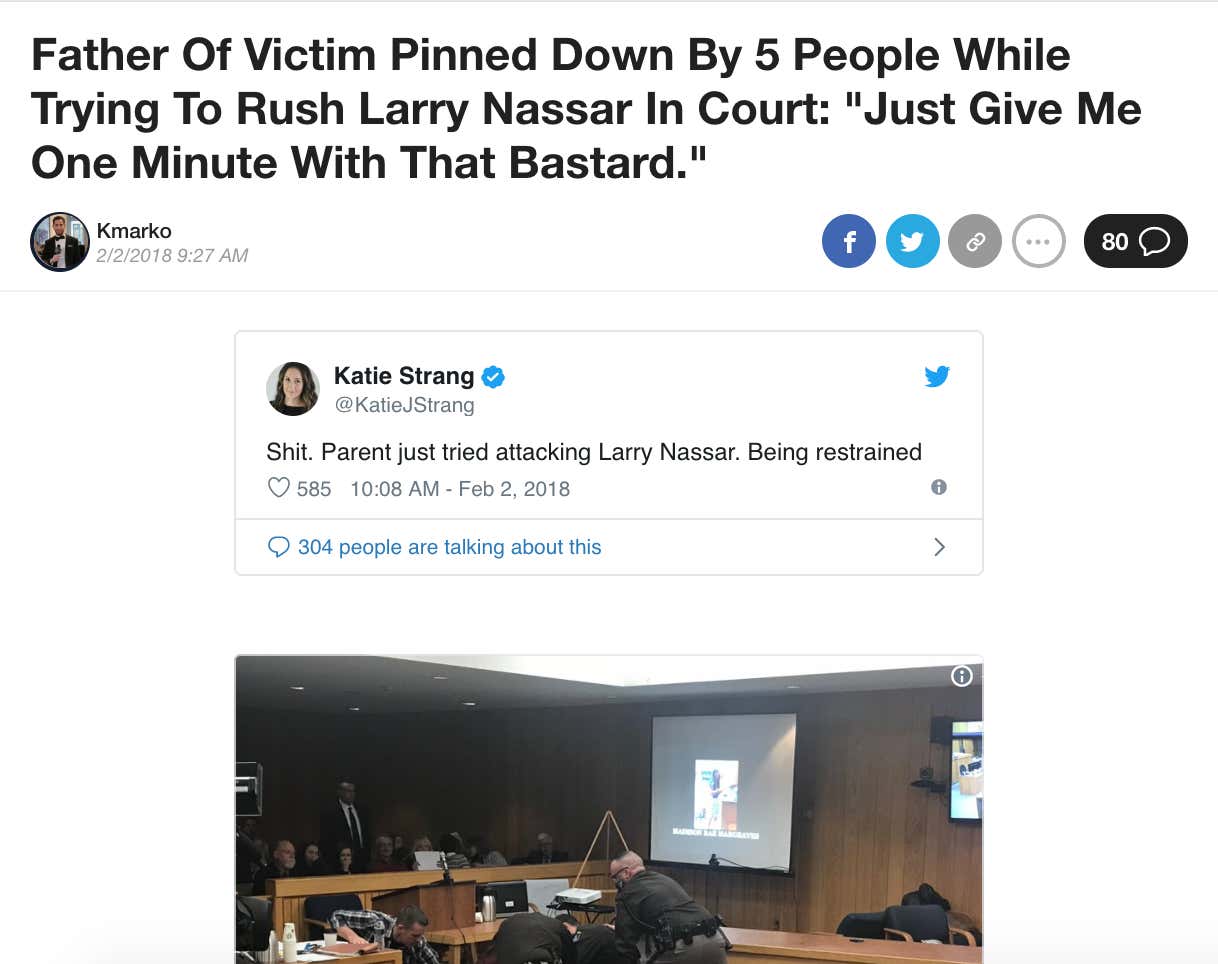 It’s really good that I’m not a lawyer.  Or a security guard.