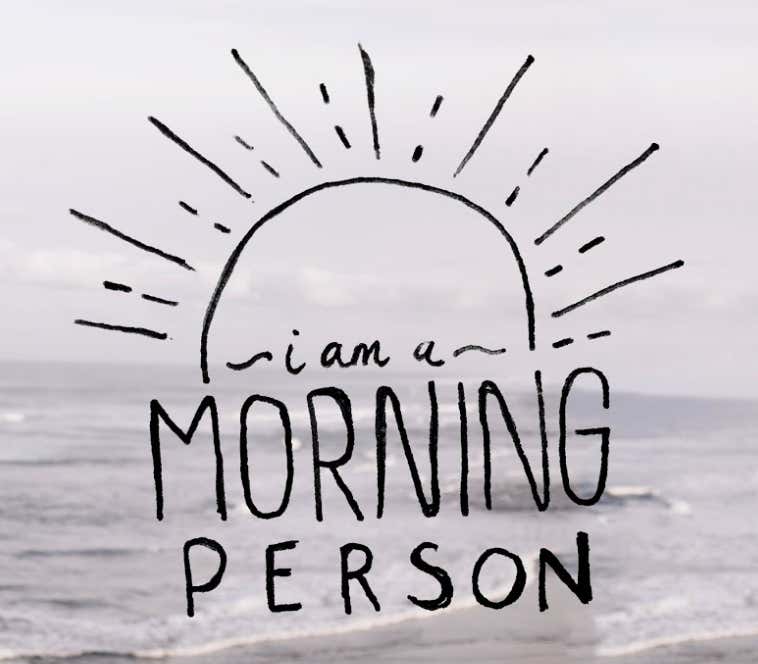 I’m not a morning person, it’s an idea I hate so much that I even hate the term. Just typing morning person makes me want to take an angry nap and dream of killing people who get up in the morning or say the words “morning person.” Nevertheless, I’m not one. You probably already know this information, you may have learned it when I was supposed to be up at 7 AM for Greg Olsen’s kickball tournament and woke up at 2 PM (dawn, as I call it).

I much prefer the stillness of night. There’s no one to text you, no one to call you, no one to talk to, just you and doing whatever the fuck you want. You can sit on your couch in serenity, never once feeling the buzz of a phone, for as long as you want once it hits 1 AM. I regularly go to bed at 3 or 4. I talk about the dead of night like people talk about experiencing nature: it’s peaceful, beautiful, and uninterrupted. I wouldn’t trade it for anything.

However, occasionally I am forced to wake up early and when I must I admit I feel like a world beater. If I’m up before 8 AM, particularly on a weekend, I assume I’ll be CEO of Apple by the end of the day. I just assume everyone else is like me and if I’ve got an early jump than the world is mine. The other day I was forced to be in the hotel lobby at 5:45 for a flight and do you know what I discovered? That isn’t even particularly early. There were, like, a lot of people out and about. At first I just assumed that everyone was on my flight but then it became clear that folks don’t fly in workout gear with a carry-on coffee. There were people in suits just going to work, full line of cabs outside the hotel ready to take people to their destination, men and women in suits heading to meetings, it was insanity! When I wake up early I wonder if there will be shows on TV or if internet even exists before the sun comes up, but these people were just going about their day like it was the normal routine. I couldn’t believe my eyes. I never can when I see people up before god intended, which is when he turns the lights on with the rising sun.

Like I said, I get waking up early. I feel like I lose ten pounds just because my body was moving at such an hour, I do a simple chore like pick up my laundry and feel as though I’m the most accomplished human in history, I assume I have a galaxy brain just because I’m physically thinking rather than just dreaming… but what cost does it all come at? You miss out on the night. Not the wild, party night that’s portrayed in movies. Fuck that night. I’m talking about when it’s just you sitting alone on the couch. It’s the most peaceful shit in the world and will always trump feeling accomplished just because you woke up early.

PS – My dad fuckin loves getting up early then when I get up at 11 AM telling me about how he’s been up since 6, then he falls asleep on the couch at about 1 PM. Most dad shit ever.