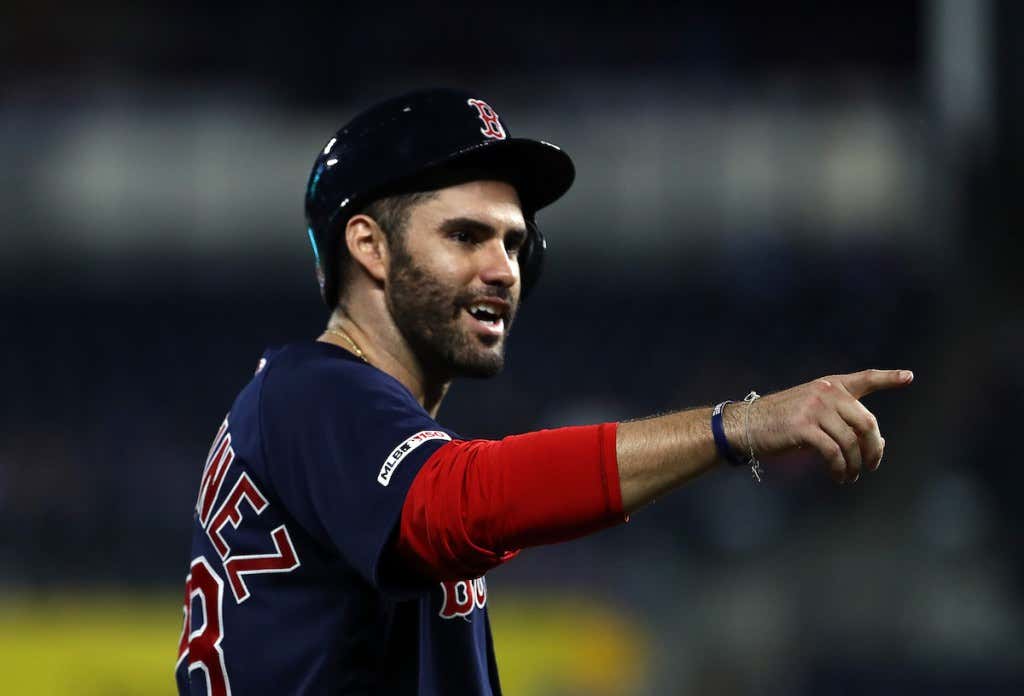 After a weekend battle against the measuring stick Yankees, it’s time for the Red Sox to put their head down and follow the formula that won them 108 games a season ago. What’s that formula, you ask? Well, that’s massacre all the bad teams and keep your head above water against the really good teams. The Royals are a bad team, tied with the Orioles for the worst record in baseball. Time to go to work.

Eduardo Rodriguez got the start in this one and dealt for five and two thirds innings, his lone blemish coming when he allowed a two-run homer to Cheslor Cuthbert in the bottom of the second. I’ll be honest, I had never heard of Cuthbert before that homer. The only Cuthbert I know is Elisha Cuthbert, who is the daughter of Jack Bauer in 24, the goddess from The Girl Next Door, and the hot morning after chick from Old School. That’s it. Not a threat in the Royals lineup. Side note — I found it odd that Rodriguez got the hook after 89 pitches, but in Cora we trust. It worked, and congrats to Eddie on his 100th start in the big leagues.

But the score remained 2-0 in favor of these dog shit Royals until the sixth inning when the Red Sox struck for three runs to take their first lead thanks to an RBI triple by JD Martinez that literally bounced off the top of the wall and came back into the field of play. Holy unlucky. Xander Bogaerts tied it on a sac fly, and then Brock Holt gave the Red Sox the lead on an RBI double. By the way, don’t look now but Bogaerts is sixth in the majors in fWAR (2.8) behind Cody Bellinger, Mike Trout, Christian Yelich, Joey Gallo, and Nolan Arenado. Pretty good company, if I do say so myself.

In the eighth inning, Alex Cora pinch hit Eduardo Nunez for Holt, who had been 2-for-2, and Nunez popped a three-run bomb to put the nail in the coffin. This tweet made me laugh because it’s so true.

The Yankees and Rays both lost, so the chipping away process begins again. These are the games that you absolutely have to win, even more so when the two teams ahead of you catch a couple L’s. One day at a time.

In the middle game, it’s Chris Sale versus Jacob Junis. Baseball’s weird, man. Sale’s only got one win, which I understand is the absolute worst way to evaluate a pitcher’s performance, but I mean really. Get this man back in the win column. Sale didn’t pitch all that great his last time out against New York, but he’s still got the most strikeouts in baseball (83) since April 23, which spans his last eight starts. Junis pitched well his last time out against Texas, holding the Rangers to two runs over six innings, but he’s got an ERA over five. The Red Sox should murder this guy.