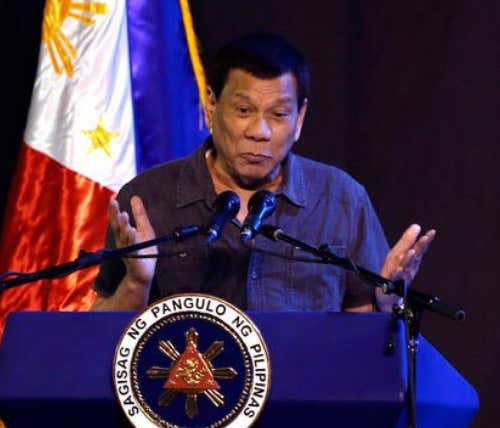 Source - Philippine President Rodrigo Duterte has told a crowd he “used to be gay” before he “cured” himself.

The President — who is known for making colorful remarks — made the comment during a speech to the Filipino community while visiting Tokyo on Thursday.

After accusing his political opponent and vocal critic Sen. Antonio Trillanes IV of being gay, Duterte said he could sense he himself was also “a bit gay” while married to his ex-wife, Elizabeth Zimmerman. Their marriage was annulled.

Duterte went on to say that he was “cured” after meeting current partner Honeylet Avanceña.”I became a man again! So beautiful women cured me,” Duterte said. “I hated handsome men afterwards. I now prefer beautiful women.

This mother fucker. I’ve written about him before, as have other people on the blog. Here are some of the headlines:

Philippines President To Cops: “You Are Free To Kill The Idiots” Who Resist Arrest

He’s also said he’ll ‘burn the United Nations to the ground,’ would eat ISIS’ livers with salt and pepper, likened himself to Hitler, called the US ambassador to his country a ‘gay son of a bitch’ and asked Chelsea Clinton, ‘When your father… was screwing Monica Lewinsky… how did you feel?’ So yeah, he’s not exactly the most level-headed guy. Which is why I wasn’t surprised at all to find out his erratic behavior was a direct result of his closeted homosexuality. It doesn’t matter who you are, hiding that part of your life will really screw with your mood. Even if you’re the President of the Philippines.

Regardless, I’m glad he got over it. All thanks to his lovely girlfriend, Honeylet Avanceña. You can tell they’re really in love. 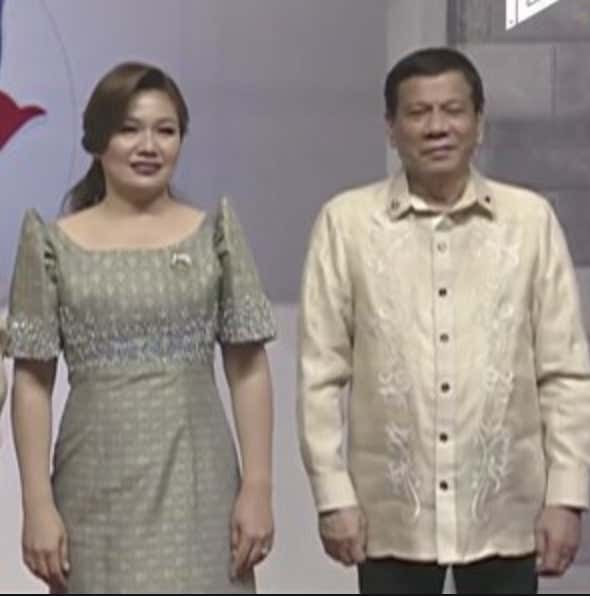 I am a little confused as to the ‘a bit gay’ part though. I didn’t know that was a thing. It sounds more like something a drunk Boston College student would’ve said to me at a house party in 2011 than it does a phrase a sitting President would use in a speech about his girlfriend. Oh well, at least he’s happy with himself. Now that he’s got it off his chest I’m sure things will be on the up and up in the Philippines. Congrats Rodrigo!