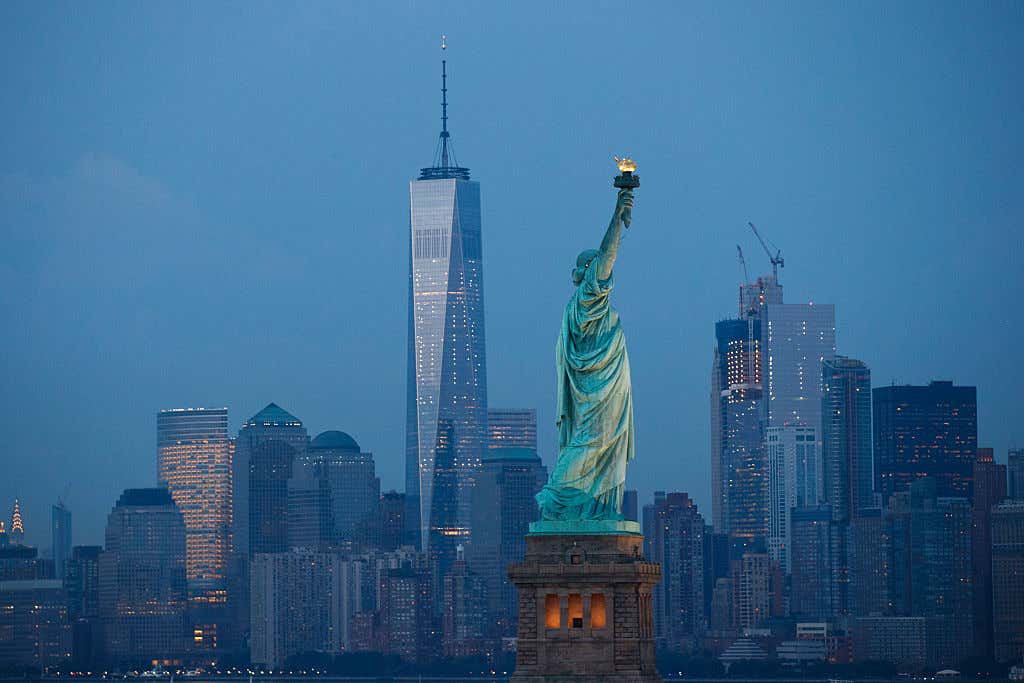 So this tweet went viral yesterday (slowly realizing the trick to going viral: just ask a question about something that pisses people off) and I got to thinking about what I would respond with.  I came up with like 400 things in 5 minutes and couldn’t decide which to run with so I just didn’t tweet anything.  Then I remembered that I work for Barstool and have a blog that I can write longer thoughts on (lot of Barstool employees forget that.)

-People Who Walk Less Than 5 MPH On The Sidewalks

I don’t have a good concept of speed here.  I’m assuming 5 MPH is very fast walking.  That’s what I would make the ban: anything less than “very fast.”

I don’t brag about a lot, but I am the perfect NYC walker.  An absolute specimen.  Scientists would study my walking to create a prototype robot for teaching people how to walk.  I’m at max speed always.  I hug the corners of the right side of the sidewalk in each direction I go.  When I need to text I keep my phone up with complete and total straightforward and peripheral vision, without slowing down a step.  I’m out of the crosswalk by the time the hand stops blinking, so as to be fair to drivers – along those same lines, I can cross through driving traffic without causing anyone to step on their brakes or slow down.  If I have to walk slow, on a date or if I’m dogsitting my buddy’s dog and he has to poop and pee, I’m completely aware of my surroundings and can effectively move out of anyone’s way without them slowing down.  If I need to tie my shoe or take a picture of something, I check all directions, move off the sidewalk entirely, and do my thing.

I don’t understand why everyone can’t be as conscientious as me.  I’m not even a conscientious guy.  It’s just the number one form of human decency to walk correctly.

-Honking your MOTHERFUCKING horn at cars making turns through crosswalks.

This should be just “honking your horn” in general but I understand that sometimes you need to to avoid killing someone with your car, or alert someone dozing off at a light that just turned green.  But the people who honk at cars who are trying to turn through a crosswalk are so FUCKING stupid.  They’re not just sitting there for no reason.  The pedestrians have a walk sign and you have to yield to them.  It’s not like honking is going to encourage them to commit vehicular homicide.  If they’re not turning, it’s because a human being is in front of them, you FUCKING idiots.

1A) Trucks laying on their horns should be pulled out of their trucks and executed on the sidewalk (but not in anyone’s way, see previous entry.)

This is kind of selfish but I’d prefer somebody die or have their house burn down than have to hear that 6 bajillion decibel siren for 45 seconds.  Again, that’s kind of rude on my part, but in the interest of fairness, I would totally accept not being rushed to if I was on fire in my apartment.

-Road Work Of Any Kind

I think at this point you just kind of have to expect that if you’re driving in NYC, you’ll hit a pothole and/or a biker.  If bikers can’t adapt to their bike lines at this point that’s on them.  Maybe bring my “sidewalk execution” strategy into play for anyone who hits a biker, there, that will help keep it even and keep drivers honest.

Every single street being closed ALL THE TIME makes it really, really hard to get to where you are going.  (This is why I walk everywhere and hone my superior walking skills that to be honest don’t need any more honing.)

-Construction Before 12 PM On Weekends.

They’re building something around the corner from me and I just simply don’t understand how it is acceptable to start drilling and jackhammering at 8 AM on a Saturday.  Like that is just flat out unconstitutional.  It’s like these construction workers have never had a hangover before?

Just kind of feel like when you agree to sign for an apartment you should be able to pay that same price forever.  Like sure the economy changes and tax rates and ownership values fluctuate, but landlords should just eat that, especially after making it so complicated and expensive to move in in the first place.  And yes you have the option to move, but moving in NYC is one of the worst experiences you can have, and is super expensive (if you do it yourself you are just an absolute maniac, and I’m guessing you asked a friend to help, and that friend now hates your guts.)  For example I was literally not allowed to sign a lease longer than one year, so I couldn’t lock a long term price in, and they just tried to raise me $200 a month.  Luckily I’m a master negotiator/complainer so I got it taken care of, but those 2 phone calls and 3 emails were a waste of valuable time.  200 more a month?  That’s like 12 Old Fashioneds.

-People Who Complain About How Awful NYC Is Then Post An Instagram On A Rooftop On A Beautiful Day With The Freedom Tower In The Background With The Caption “I Guess New York Isn’t So Bad.”

Sure NYC is annoying and overpopulated and expensive and smelly and too hot/too cold.  Sure it took me an astoundingly low amount of time to come up with 10 things that suck about it, and could go on and on if I were paid per word.  But that’s the point of living in New York.  To live in the best city in the world and have the right to complain about everything.  Complaining is a fun activity, a national past time.  If you’re going to live here and complain about how much you hate it seriously then don’t exploit us for likes on your stupid filtered photo.

It’s not the cause I have a problem with.  I too support the environment, civil rights, Planned Parenthood, animal rights (only dogs) yada yada yada.  It’s the people who are asking.  Have you noticed this trend lately?  How much more aggressive these petitioners are getting?  They don’t just politely ask you anymore making it easy to smile them off and say “sorry I’m in a rush.”  They step in front of you.  Even with headphones on!  They wave in your face and block your path and make you pause your music to address them.  They make you feel AWFUL for not supporting their thing.  And they phrase their questions so when you say “no thank you” you’re saying no thank you to like, “do you want to help kids starving and dying?”  “No thank you.”  Kind of makes me want climate change to increase in intensity because of a lack of petition signers to flood these people off the streets.

Related: if you are “raising money for your youth basketball team,” you should be required to wear your full jersey, have a basketball on you to demonstrate you can play, and have a short sizzle reel of your team actually existing.  Because I really want to support these nice kids but I refuse to be a sucker. 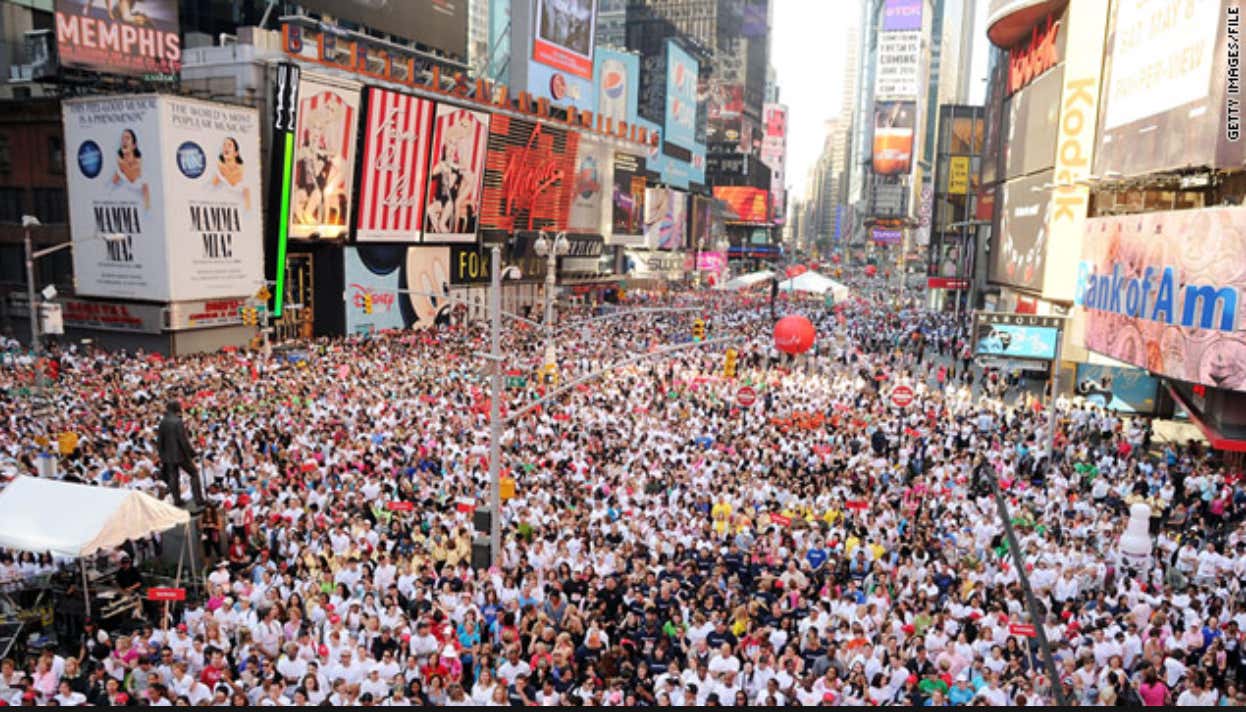 I mean it’s just simply too crowded here.  I’ve never been more inspired by a movie than the Thanos Snap  in Avengers.  I’m not saying they have to die or disappear.  I’m just saying ban them and make them go to Wyoming or something.  Since it was my idea I should be allowed to draft my team of people who can stay, then randomly send the rest of the 50% away.