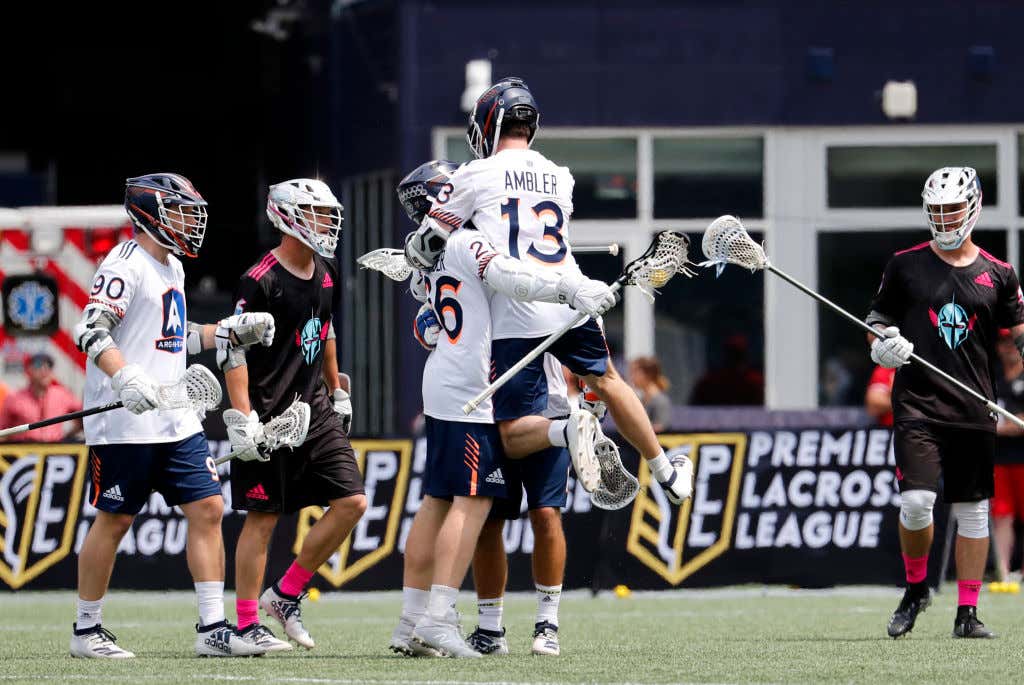 But unless you were literally born this morning, in which case you probably can’t read yet, we were all alive for the first ever game in the history of the PLL. And that’s something that is going to mean something pretty significant one day. The haters and losers can doubt the sport all they want, but just think about everybody who got to witness that first ever NFL game. Think about what that league has grown into since that very first game. The NFL pretty much runs this entire nation. It might not be tomorrow and it might not be next year, but it took a long ass time for the NFL to get to where they’re at right now. Yesterday the sport of lacrosse took their first step to getting there.

For everybody who got to watch the games at home, we witnessed the first lacrosse broadcast that was a legitimately professional operation. I know that ESPN typically does a great job with the college games and I love Anish, Carc and Quint. But that’s at the college level. You can’t really do a lot of the things that we got to see in the first ever PLL broadcasts yesterday. Something that has been holding the sport back is the fact that it just never really seemed to work on television. But that changed immediately yesterday because they had that broadcast down perfectly. Granted, I thought the broadcast was a helluva lot more impressive than the attendance level. But I also think that has to do with the fact that Gillette is in a god awful location and getting out to Foxboro is a pain in the ass. Seriously, Gillette is in the middle of nowhere. You’d think that the home to the 6x Super Bowl champs would be a little more accessible to get to, but yeah, trying to fill up a football stadium in a location that is impossible to get to isn’t always going to produce a ton of results. I have no doubts that the attendance issues will work themselves out as the season keeps going and these games get played at better locations. Back to my original thought though, the broadcast was great and it was innovative as well. I mean it was just one day and it already completely revolutionized lacrosse broadcasts. Like the fact that we get to hear from some players while they’re on the field immediately after scoring.

Or the fact that we get some supremely hot mics while we listen in to the huddles.

And then just the camera angles and the way the game was captured throughout the whole day was awesome.

So the on field product was great. The production value of the broadcast was great. The attendance leaved a little to be desired but that’s just because Gillette is in the middle of nowhere in a shopping center. All in all for a first day in league history, I’d say it was a success. Especially because both games ended up going to OT.

It took 11 seconds off the first faceoff for the first goal in PLL history to be scored. Stephen Kelly is going to be one hell of a trivia answer. Won the draw, snagged up the groundball, took it to the rack, high bouncer and its in the back of the net. America loves speed. Hot, nasty, bad ass speed.

And it was a huge day for the faceoff specialists because after Stephen Kelly scored the first goal in league history, Connor Farrell was letting the bodies fly out there.

What a fucking beast. And that right there is how I know that everybody who hates on the sport of lacrosse just has never watched a legitimate game of lacrosse before. Fast, skilled, physical, there’s everything you could possibly ask for. It’s just that people hate on the sport because they weren’t smart enough to play it themselves. You just hate to see the jealousy.

Aside from the nasty hits, there were also plenty of nasty goals. Like this one you already saw from Marcus Holman but it was such a ridiculous snipe that I have to embed it again.

Or Justin Guterding just setting up in his office at X and giving his defenders some free dance lessons.

The Archers got out to an early lead. Then Chrome was able to go on a little run of their own in the 2nd half. Finally, the first game in league history went to overtime and that’s where Will Manny give the Archers the first ever PLL win.

Speaking of absolute freaks of nature, let’s talk about Myles Jones real quick who was this week’s guest on The Crease Dive. My favorite thing that lacrosse haters say is that the game is for kids who couldn’t make their JV baseball team. Which is a hilarious thing to say when athletes like Myles Jones are playing professional lacrosse right now and they are so goddamn athletic that they could suit up in an NFL game tomorrow if they wanted to.

Then you have guys like Ben Reeves who will probably end up being liable for the ankle replacement surgery his defender is going to need after he snapped them clean in half with this change of direction behind the cage.

The stick went further than the ball.

And the thing is that professional lacrosse has always had the athletes. It’s not like the PLL revolutionized the sport in the way that there’s more skill in the game now than ever before. I mean most of these guys were all playing professional lacrosse before and the talent has always been there. It’s just that it’s never been presented to an audience in a way like this which seems to be specifically built for television. Which is huge moving forward. Also–don’t start thinking that it’s just an all-star game out there where guys aren’t playing defense. Because the defensive highlights are there as well.

And just like the first game of the day, this one went to overtime as well. And in OT, Matt Rambo got a little razor pick from Jules Heningburg. The D switched on the pick, then Rambo drew the double as he turned the corner at GLE, then found Drew Snider up top for the dagger.

Personally, I still would love to see the PLL come out and just start doing Bravehearts for overtime. But with the way that both of these games ended yesterday, I’m fine with everything they have going.

Redwoods vs Atlas are on NBCSN at 1:30 today. See you there.